The Bergara Highlander in .308. 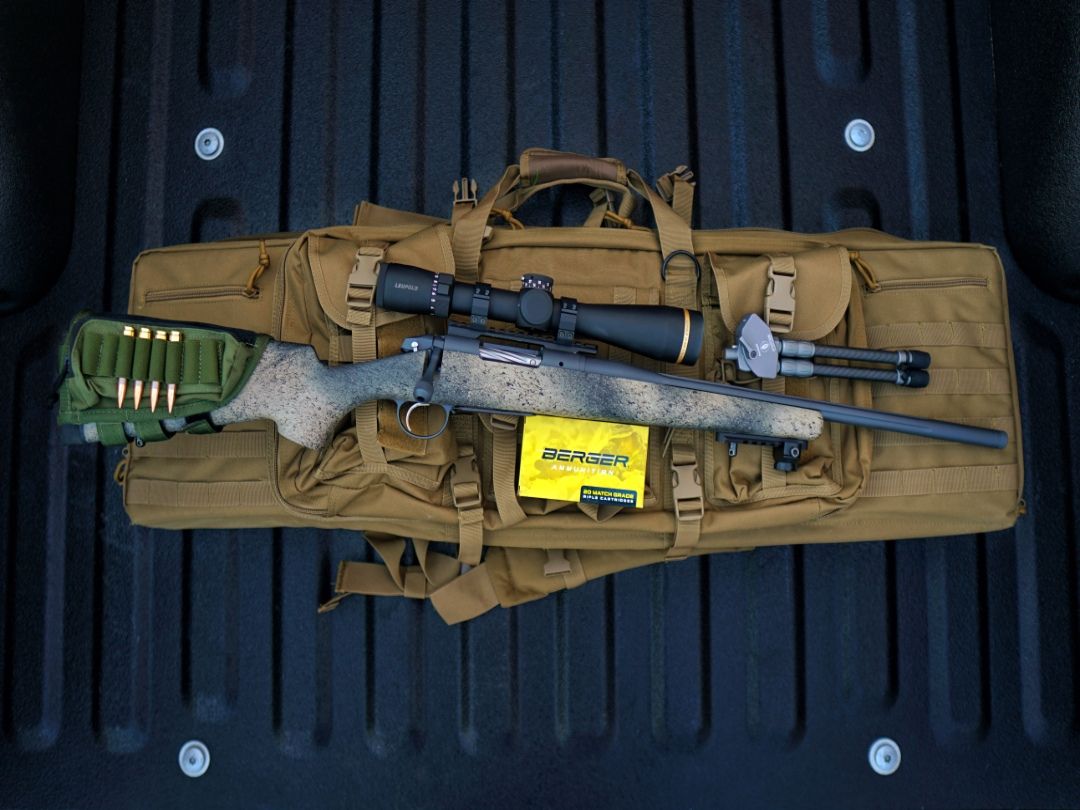 A truck rifle is pretty simple; it’s a rifle that lives in a truck. It should be a do-it-all type of rig that’s adaptable to hunting, survival and, in rare instances, defense. It should be sturdy, rugged and reliable, and it should be chambered in a readily available caliber so ammo can be easily sourced in a pinch. This rifle doesn’t need to excel at any job perfectly, but it needs to adequately perform in most situations.

This recent COVID-19 ordeal is less impactful to guys like me than it is to my city-dwelling brethren. I live outside of town where people aren’t on top of one another and while even the grocery stores out here are low on meat, we have plenty of wild game in the freezer. Things are fine for now, but they could get a little worse before they get better. Like many, I’ve used this as a time to identify the gaps in my preparedness. You probably should too.

Here’s the what’s and why’s:

The Rifle – I carried an AR-15 in my truck when I was a Game Warden and while I love them for defense, I think they’re less suited for “grocery shopping” for deer meat. People will argue this but my preference in a do-it-all rifle is a bolt-action .308. For this project I selected the Bergara Highlander in .308 with a 20” threaded barrel. In an effort to keep things brief, I’ll just say that the Highlander is basically what you’d get if you decided to fully customize a Remington 700. It’s a badass little .308 with a synthetic stock and Cerakote on all the metal. You can’t find a more rugged compact rifle.

The Scope – I based this next part on dependability. I hunted in Africa this past safari season with NFL players Luke Kuechly and Colin Jones…both of whom are hard on gear. At one point on the trip, Colin’s sling stud broke free of his stock and it whipped his rifle down and onto the giant rock he was standing on. It landed scope first and it dented the hell out of his Leupold VX-5HD. This actually happened a second time when Colin forgot about the issue and went to sling his rifle on his shoulder a few minutes later. That afternoon the rifle was checked at the range and the scope still held a perfect zero after taking two incredibly hard hits.

I thought back on all the hunts and trips I’ve taken. I’ve seen a scope from just about every manufacturer fail at some point…except for Leupold. For this reason, I chose the Leupold VX-5HD in 3-15×44 magnification. At 3x, you can use the optic for defense and at 15x you can easily take game at 500 yards

The Leupold VX-5HD mounted.  You can listen to Colin and Luke discuss their experience with Leupold durability by listening to episode 1 of the Field Ethos Podcast.

The Mount – To me, the scope mount system is just as important as the rifle or scope itself. Cut corners here and the rifle and optic won’t matter – because they won’t be properly mated. I have bomb-proof Talley Scope Rings on every rifle I own and for this rifle I went with a Talley Picatinny Rail and their low mount rings.

The Extras – I love a bipod on a rifle but I don’t like the extra weight and bulk they add. A few years ago, I started using the carbon fiber Javelin bipod from UK based Spartan Precision and I haven’t looked back. When not in use, the Javelin can go into a pocket where it’s out of your way. I’ve taken a kudu at 629 yards, a whitetail buck at 744 yards, an ostrich at 1,075 yards, and loads of other game in the 400-500 yard range off the Javelin so I’m a believer.

I added a rear ammo pack on this rifle for a few reasons. The first is obvious – extra ammo and storage. I can hold around 30 rounds of ammo in this little pack plus a few wipes for the scope. The second reason I chose this particular design is because it has a padded cheek rest which helps elevate my cheek weld to get my eye in-line with the optic – which is higher than normal because of the pic rail.

Ammo – Just about any ammo that your rifle shoots accurately is good for your truck rifle. I’ve been hunting with mostly Berger Bullets for several years because of their accuracy and now that they make .308 ammo, I’m shooting their factory load with the 175gr OTM Tactical. It’s a little heavier than normal but it bucks the wind better, which I like.

There you have it, a do-it-all setup that will sustain you through COVID-19, 20, & 21.  If you decide to rig up your own truck rifle, here are a few tips to get you started:

– Don’t get tunnel vision on any specific task where you think your rifle would need to perform perfectly. You’re after Swiss Army knife functionality.

– Pick something that can be hidden and secured in your vehicle easily. Get a good idea of your max overall length before you start your search.

– This ain’t no safe queen so focus on durability. Pick a rifle with a weather resistant finish and make sure your scope and rings can take the inevitable abuse that comes from a life on the road. It’ll be in and out of the truck more than you think.

– Practice. Learn what to expect from your rifle and ammo at various distances. This is about confidence more than anything. Knowing when to stay off the trigger is just as important as knowing when to pull it.