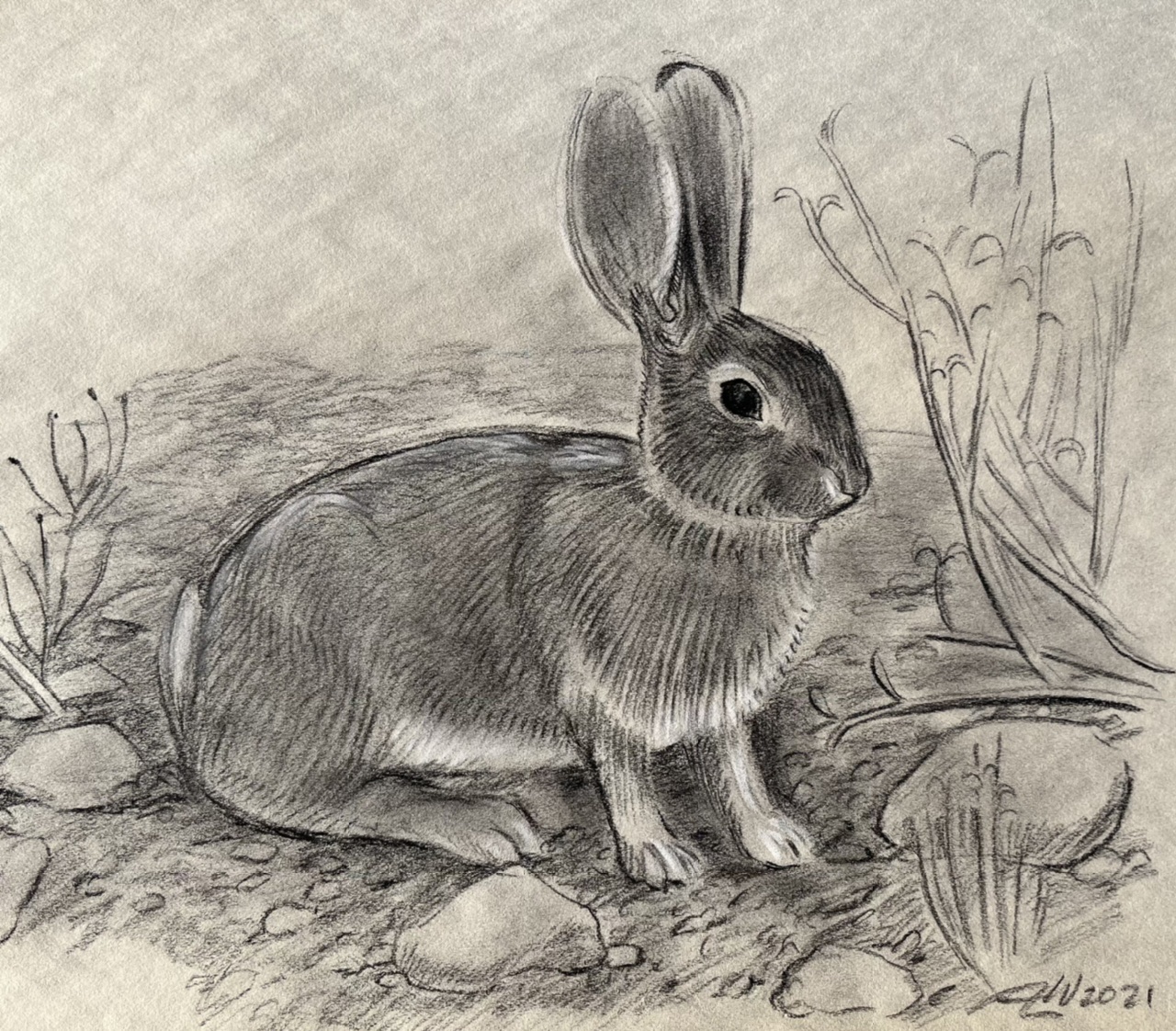 Scott slammed the truck door and broke the quiet of the afternoon. Cloudy and cold, it didn’t seem like a good day to hunt, but Scott came out for rabbit anyway.

Along with his 870, Scott made his way down through a sage-covered wash to live oak and granite hills where he knew rabbits lived. Even so he felt out of place and lonely. The hunt felt forced. But he didn’t want to be at home, either.

Scanning the hedges and boulders, he wondered if the rabbits would be out. The smell of sage perked his spirits, but he missed his beagle. Footsore from hunting hard two days ago, his dog Levi was resting at home by the fire. Rabbit hunting wasn’t the same without his companion. Nothing was the same anymore.

The cloud cover destroyed any contrast, and he knew it would be difficult to see a rabbit. Without Levi, it was unlikely one would venture from shelter. Without his boy, everything would be difficult. Still, Scott worked into the thick brush, stopping every 15 paces or so to scan for telltale ears. The rhythm of moving and stopping, then searching, felt good. Good hunting is just what Scott needed to take his mind away from home. Perhaps he was running from home. Better to not think. Just move, stop, look, move.

There! A rabbit to his right, 20 feet distant, the texture of the fur gave it away, and then it was gone. Dammit, Levi would’ve been able to flush it.  The dense manzanita was too thick for Scott to part; he felt helpless searching against the bank of bushes. A pang of guilt struck Scott’s heart; he had not guessed he would see anything, and glimpsing a rabbit started to make things almost fun, which made him feel horrible. It wasn’t fair while his wife was miserable. Just keep moving.

Another rabbit emerged, standing tall in the loose sand of the wash. Scott snapped the shotgun up to his cheek but hesitated to pull the trigger. The rabbit made a quick about-face into a tangle of branches. Another got away. Scott asked himself why he hesitated. He didn’t know.

He kept moving along the wash anyway, searching the adjacent hill, trying not to think of anything. He hadn’t figured on seeing any game. It was a blessing that felt undeserved.

It was cold. Scott thought it was curious for rabbits to be out in this weather. The banks of live oak felt spooky; the sky made everything gray. Exactly how his thoughts felt, indefinite and unfamiliar.  Scott fell to his knees, his eyes watered, and his insides burned with anger.  He let the rabbit get away.  Everything felt lost. Everything was lost.  With his hands gripping his shotgun, out of sight from anyone, it felt like a good place to weep. I lost him.

Then Scott felt silly. There were rabbits, plenty of time, and he was there to hunt, not cry. Why should he be upset about how things turned out?  He rubbed his eyes, got up, and slapped the dust from his pants. He felt a little freedom now, and since he was far away from anyone, why shouldn’t he feel a little good?  He refocused, no more hesitation; he would kill a rabbit now. He moved into a patch of manzanita that was sure to hold rabbits.

Now Scott worked hard, putting everything out of his mind except for finding a rabbit. He decided he had nothing to feel guilty about. Things happen the way they do; it wasn’t his fault, and he and his wife would have to get past it. They would keep trying. They’d have to move on. Damned if it was a gray day, there were rabbits out, and he was lucky for it.

Scott’s eyes darted from one gap in the brush to the next. Then as if by magic, a rabbit was there where none were before. Scott leveled the shotgun. The rabbit was flattened from the blast. It died instantly.  Scott weaved his way through the manzanita to it, noting its location. Dead rabbit blends perfectly with the ground.

In his hand the rabbit was warm and small; its limbs dangled between his fingers. Scott was uneasy as he looked down at the little body.  I will never get to hold him again. One rabbit was enough; he did not have the heart to try for more. Turning around, he walked back to his truck to go home, to be with his wife.