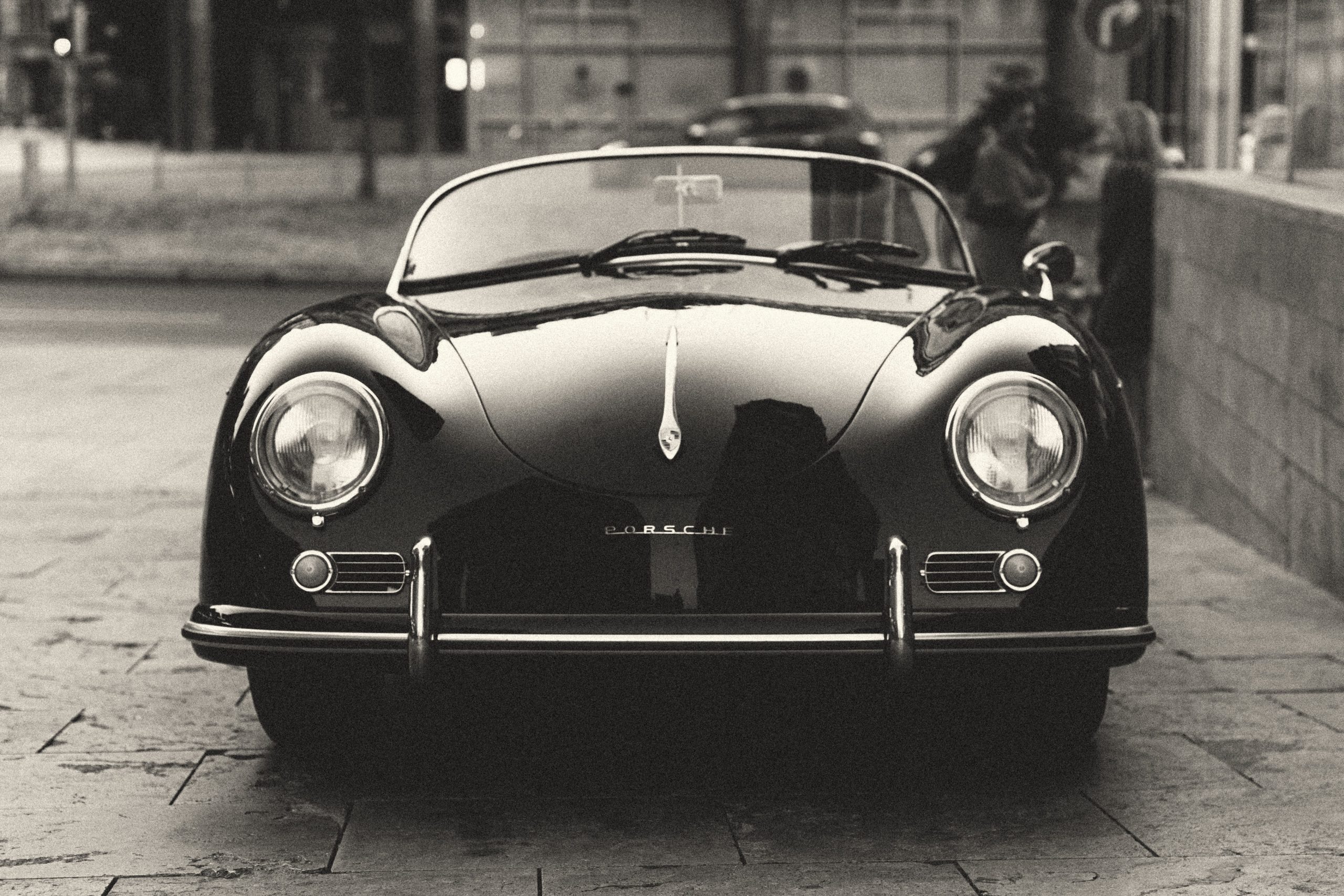 Like all cults they have their own code, they speak in secret numerology like 964 993, 991 that baffles outsiders. As a closed community they have shibboleths, like that old air-cooled models are better than the modern water-cooled ones because they’re more authentic and pure. A few options casually selected by some asshole in 1967 can add five figures to a car’s value today.

I discussed this with my friend Dave as we shot up I-95 to pick up his new 911. This would be his third Porsche, but his first new one. He’s a cult member, but the process still hasn’t been easy. It took a few months to figure out his build because with Porsche you basically get doors and an engine as base, so the process turns into a Goldman Sachs-level financial analysis. No to the tweed seat inserts at $12k, yes to the color matching dash stitching at $500.

After all that you wait a year and a half.

I haven’t gulped the Kool Aid, so I felt entitled to give Dave some shit. A Corvette is way cheaper, faster and American made. Take advantage of the depreciation curve and buy a used Maserati or Aston Martin, I advised. Even a BMW M car would cost almost half the price—and half the wait time.

We got to the dealership, and in an attempt to shut me up, he arranged for me to borrow a test car while he signed his life away. Getting in the 2019 911 T, I was distinctly unimpressed. It didn’t even have door handles, just nylon straps. Nothing special right? I decide to go get a pulled pork sandwich, questioning why I even came with Dave in the first place.

Then I put my foot down.

The flat six engine sprung to life, emitting its iconic and idiosyncratic rumble. Shooting forward I was pushed back into my seat, my right hand working through the crisp logic of the manual gearbox. Suddenly I was transported to Le Mans, Daytona, Imola, any course where Porsche has raced. Downshifting I executed a pass around a cement truck, testing the limits of grip on a slight bend.

As I moved into crowded city streets I slowed down. Suddenly the car was relaxed, even docile. The clutch wasn’t taxing, the suspension absorbed bumps with relative poise. My slightly rotund figure was coddled by leather seats and fanned by climate control. With notable ease I parallel parked the short wheelbase car. Suddenly it was like any compact urban commuter.

Eating my sandwich, a group of men sidled closer. They wore a uniform of black T-shirts, Rolexes, and expensive but unbranded sunglasses. These were other cult members.

“Is that your 911 T?” they asked. I said I was borrowing it for a couple hours. “How do you like the rev matching?” one asked.

“How do you like the rear wheel steering?” another blurted out. A machinegun barrage of niche questions ensued, most of which I was unable to answer. They got more and more frustrated, not able to understand why a 911 driver couldn’t differentiate the S from the T from the GT3 from the R from the RS.

I brought up the 928, the Risky Business 80s model, and staged an escape while they started arguing.

Eventually I met up with Dave in front of the dealership and we took the requisite pictures. His car was a beautiful dark blue with an elegant tan interior and a sports exhaust unleashing the signature Porsche melody. On the ride back it glided over the highway.

No, he didn’t let me drive.

The conversation on the return was very different as I browsed Auto Trader on my phone trying to find one I could afford. Fuck, I realized they hold their value so well Dave was in essence getting to drive his car for free. The logic was perfect, just keep going back for a new one every few years, passing the old car down inside the Secret Porsche Society.

I was almost about to join the cult, black T-shirt and nerd-level knowledge included. All I needed was enough cash for lease payments. I could even get European delivery and test my mettle on the Autobahn.

Reality returned in South Beach traffic as a line of three 911s piled up and I realized the problem with the car: It’s just too perfect, and too many people are in the cult already.