The Magic of Fire 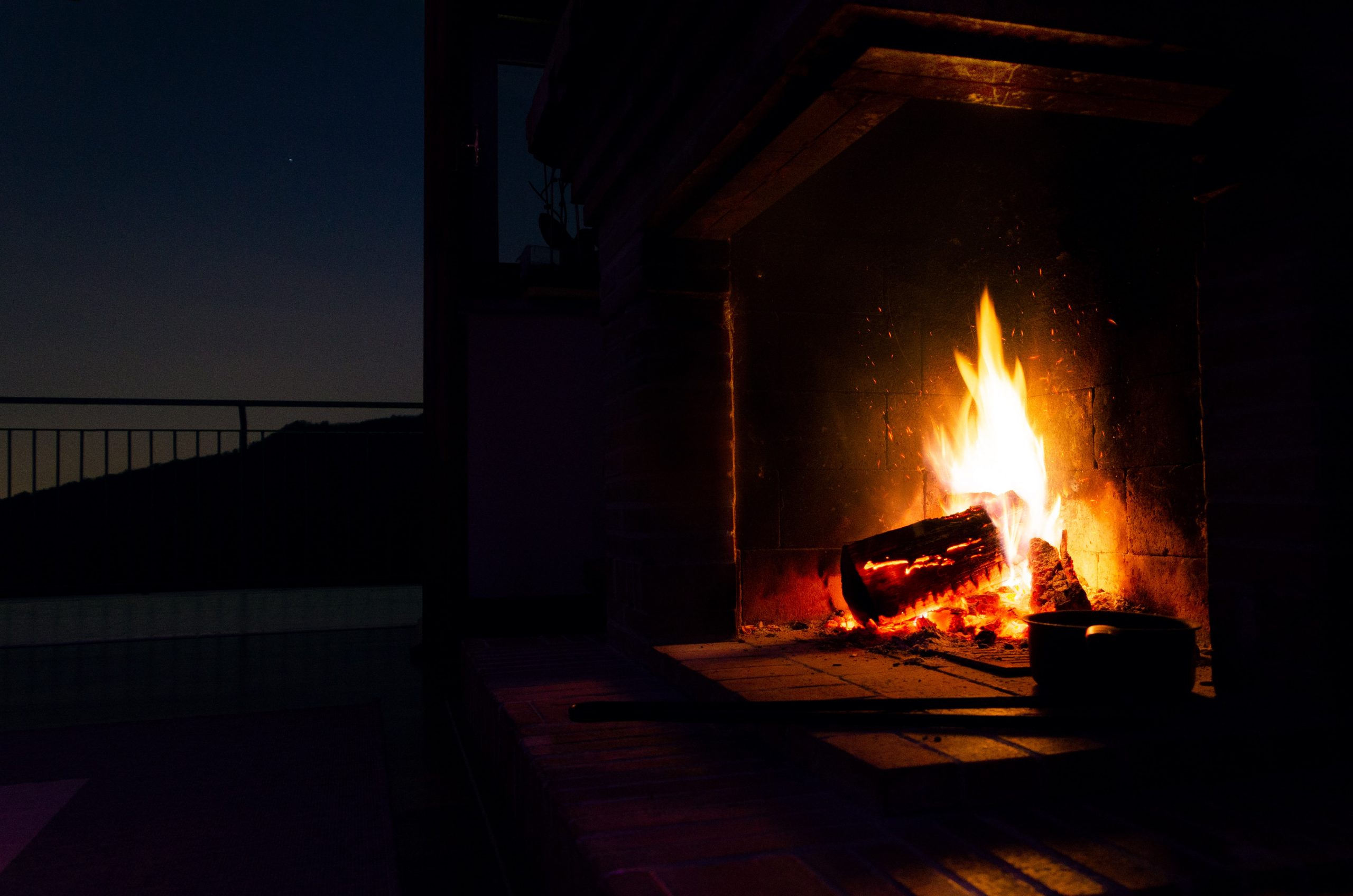 The first time I heard a wolf howl, the hair on the back of my neck stood up. That ancient survival instinct was passed down from our ancestors. They also passed down the tradition of gathering around a fire that has the opposite effect; it relaxes.

It is very hard to be depressed in front of a fire.  You are usually, but not always, sharing it with friends after a hunt. Its cracking keeps you in the moment, and you were raised better than to pull your phone out when flames are present. Fires are like puppies in that they demand your attention. It does not matter if it is in a stove, a fireplace or outside, the effect is the same. Personally I am partial to the raised stove in my shop because when seated, the glass door is at eye level and offers a million dollar view.

Cutting firewood is similar to preparing a great meal.  Key steps have to be handled with care. If you do not cut, split, stack and season your wood properly, it is not going to provide much enjoyment. I’ve been cutting firewood for as long as I can remember.  In 1973 my father worked for the Long Island Lighting Company (LILCO) when they went on strike.  The strike coincided with the OPEC Oil Crisis and to make ends meet, he went into the firewood business. His timing was perfect as heating oil prices spiked and everyone was putting in stoves. Securing cheap labor was not an issue, as his three workers lived under the same roof.

We started out with a brand-new Craftsman cross-cut saw and a folding saw horse.  A chainsaw was simply too big of a purchase for this fledgling operation. Back then Craftsman made heirloom-quality tools and the all-steel saw was a thing of beauty, complete with a contrasting red handle.

Production was slow at first as we transformed blisters into callouses. A few weeks in, the appearance of his Little League stopwatch spiked production. He would cut 6-foot sections off a downed tree and place them in the sawhorse. My older brother took the fat side, I took the middle and my younger brother got the narrow end. How long it took you to get through your piece was timed and scored. The competition was fierce. Get a knot at your 18-inch mark and you were toast. My father never went to college, but he could have taught a master class on how to motivate young boys.

I still have the Craftsman saw.  Last fall, in a moment of unrealistic enthusiasm, I took it out to a pile of logs. I got through one cantaloupe-sized piece before I was breathing heavy. The second one had my heart rate up to 120 BPM.  After the third I decided the shop wall needed it more than I did, and so I returned it to its place of honor.

It took me over an hour of staring into a fire and two glasses of single malt before the shame of being a three-log wonder was washed away. By the end of my therapy session I was feeling much better and made a commitment to get that saw sharpened–as I concluded it must have gotten really dull during its 49 year dormant phase.  So far no one wants to touch it, which is just fine with me.