The Japanese Soldier Who Wouldn’t Die 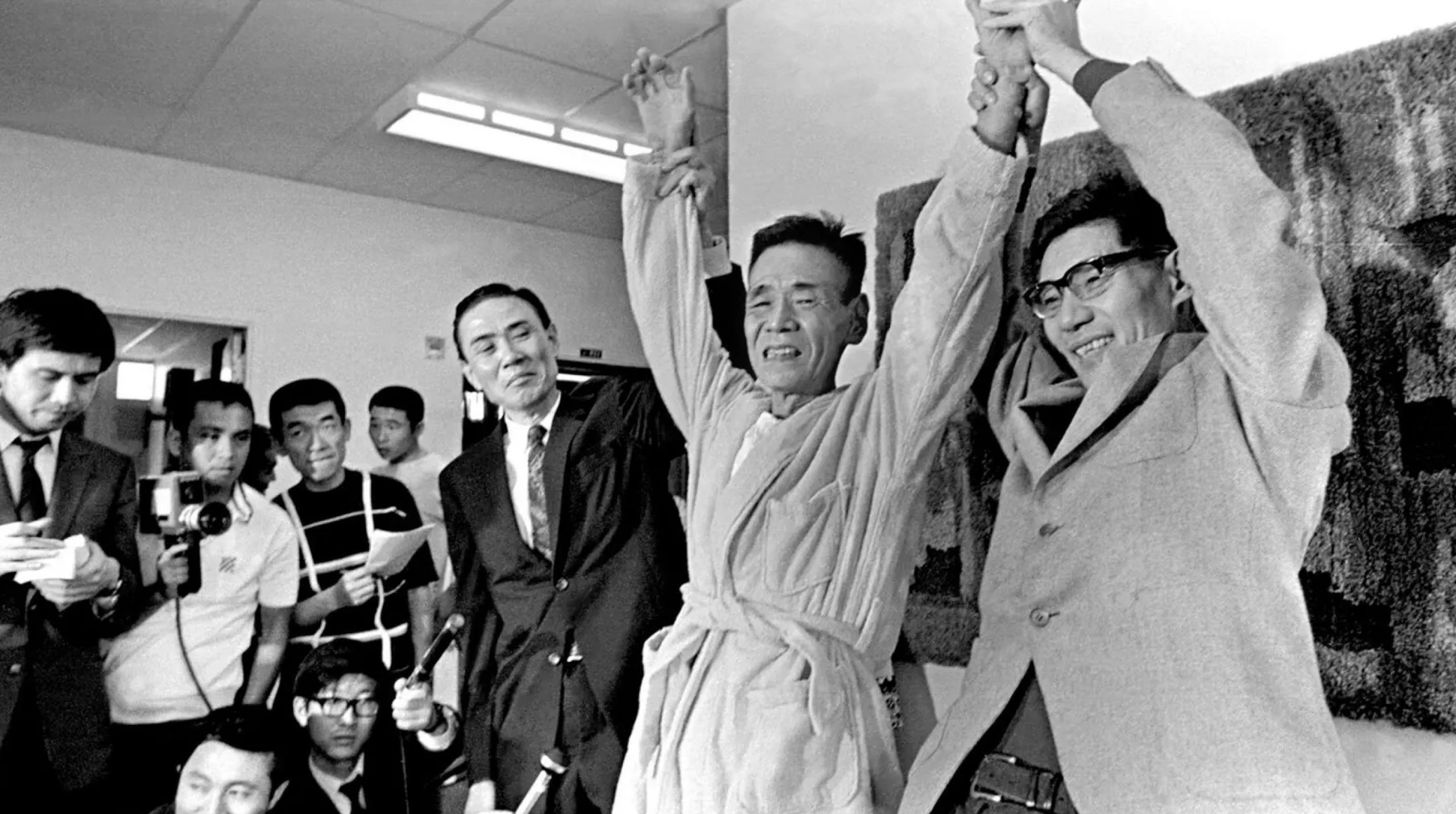 “No! I cannot die here. I cannot expose my corpse to the enemy. I must go back to my hole to die.”

This is the kind of bad-ass determination that enabled Shoichi Yokoi to survive the jungles of Guam for 28 years.

Shoichi was born in Saori, Aichi Prefecture, in the Empire of Japan on March 31, 1915. Not much is known about his life other than the fact that he was an apprentice tailor when he was conscripted to the military in 1941. He first served with the 29th Infantry Division in Manchukuo before being transferred to the 38th Regiment in the Mariana Islands in 1943. He took station on Guam in February 1943. The United States came to take the island from the Japanese on July 10, 1944. The fighting was incredibly fierce, and when the Japanese command was splintered, Shoichi and nine other soldiers hightailed it deep into the jungle. When they realized they’d been defeated, they decided simply to survive.

Seven of the 10 moved away–abandoned–the other three to fend for themselves. These three separated to different areas of the jungle but came into contact with one another occasionally before two of them died in a flood in 1964. This left Shoichi by himself until he was discovered some eight years later.

Shoichi survived by hunting and trapping. He lived in a cave and ate river eels, shrimp, rats, snails, frogs and toads, some of which were venomous. He also foraged for wild nuts, mangos and papaya. He called on his former life as a tailor to weave native plants into crude cloth and then to turn it into clothing and bedding. Shoichi lived like this day in and day out until January 24, 1972, when he was spotted checking a trap on the Talofofo River by fishermen Jesus M. Duenas and Manuel D. Garcia.

As he hadn’t encountered another human being in nearly a decade and was hiding from civilization, Shoichi went berserk upon seeing them and charged the men. The duo easily overtook the weakened Shoichi and carried him to their home where they fed him before turning him over to authorities. Doctors found the last survivor in excellent health but skinny as a rail and slightly anemic due to a lack of salt in his diet. Shoichi returned to Japan in March where he announced to the world, “It is with much embarrassment that I return.”

Contrary to popular belief, Shoichi was well aware that the war had ended. He said he had known such since 1952 but feared coming out of hiding because, “We Japanese soldiers were told to prefer death to the disgrace of getting captured alive.”

Shoichi embarked on a media tour of Japan during which he detailed his life since the war. Although he never met Japan’s Emperor Hirohito, Shoichi did visit the Imperial Palace. There, he exclaimed, “Your Majesties, I have returned home … I deeply regret that I could not serve you well. The world has certainly changed, but my determination to serve you will never change.”

Shoichi was eventually awarded a small amount of back pay and an even smaller pension. A documentary about his life entitled Yokoi and His Twenty-Eight Years of Secret Life on Guam was released in 1977. He died of a heart attack at age 82 in 1997. He was buried under a gravestone that his mother commissioned in 1955, after he had been officially declared dead.