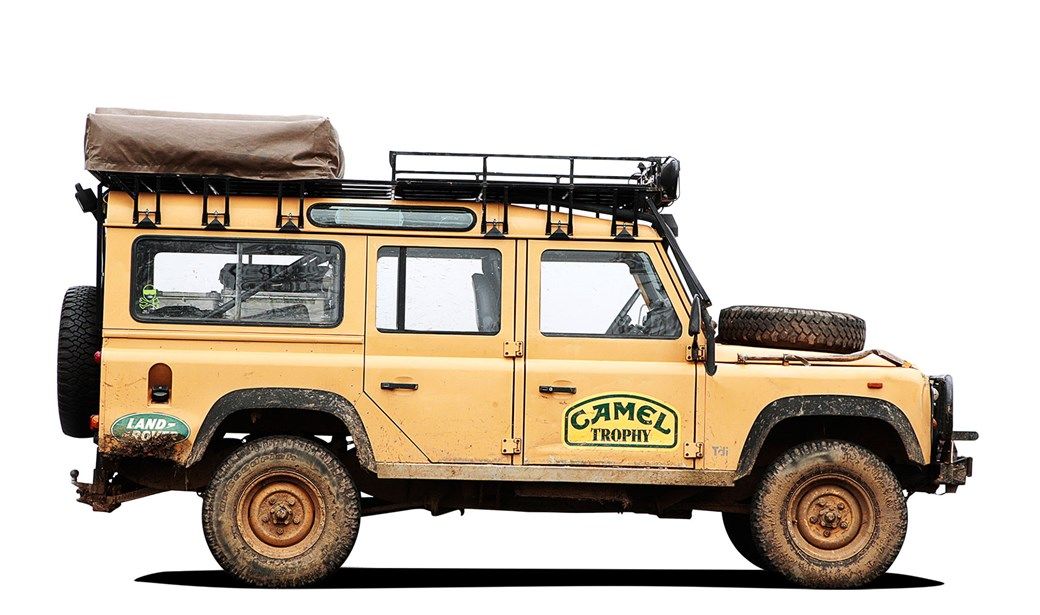 The Camel Trophy didn’t claim to be the most badass off-road race on the planet.

It simply was the most badass off-road race on the planet.

More correctly identified as a “vehicle-oriented competition,” The Camel Trophy pitted man and machine against the most God-forsaken, inhospitable places on the planet in an epic test of endurance. The first Camel Trophy came about in the West German office of the RJ Reynolds Tobacco Company, the parent company of Camel cigarettes, in 1980. There, the idea was born to have six Germans drive the almost non-existent, nearly 1,000-mile-long Transamazonica Highway in Brazil as a one-off publicity stunt. To save money on this first-ever endeavor, the group rented Ford U50’s (Jeep CJ5’s built under license) upon arrival in Brazil. This proved to be a major mistake as the less-than-par vehicles failed to make the entire journey. Regardless of this perceived failure, the six returned to Germany heroes to throes of fans who enjoyed reading of their fellow countrymen trying to battle their way across a country of jungles, raging rivers, and washed-out roads that barely qualified as game trails.

One group that really took interest in the adventure was Land Rover.

The company offered race organizers exclusive use of their vehicles in what would eventually become a yearly event that saw drivers from around the world compete. The 1981 Camel Trophy, this time held in Sumatra, utilized V8 Range Rovers painted in Sandglow Yellow plastered with Camel stickers and equipped with roof racks, snorkels, spotlights, bridging ladders, bullbars, and more. This new incarnation of the event proved tremendously popular and all but ensured that the race would become an annual event.

The event was run consecutively for 20 years between 1980 and 2000 (except for 1999) and saw almost every make of Land Rover compete (regardless of the make, all were painted Sandglow Yellow and plastered with Camel stickers). Each year saw the event grow in scope and difficulty. The Camel Trophy held events in such I-guess-technically-that-counts-as-a-country places as Borneo, Papua New Guinea, Sulawesi, Guyana, Mongolia, Kalimantan, Tonga-Samoa, and more.

The 1990’s saw the event become something more than just a test of driving skill and endurance. Competitors were given additional designated tasks to test their abilities at winching, river fording, and orienteering. There were also competitions that tested swimming and mountain biking. While some loved these additional tests, many did not and saw this as The Camel Trophy getting away from its roots as The Olympics of 4×4. One of those annoyed with this new direction was Land Rover. The company stated that they longed to see the competition return to adventure and exploration aspects.  Land Rover was so annoyed with this new direction that they canceled their sponsorship. Thus, the 1999 Camel Trophy wasn’t held.

The Camel Trophy returned in 2000 but this time utilized powerboats instead of overland vehicles. Although popular, it turned out to be the last ever Camel Trophy. Land Rover hosted a Camel Trophy-like overland event of their own in 2003 called the G4 Challenge. This event ran annually until 2008 when the global financial crisis brought about the event’s end.

Alas, the Camel Trophy as it was, is no more and most likely never will be again. Today Land Rover is mostly known as the Official SUV of Rich Soccer Moms rather than a damn-the Earth-below-me overlander and far more people vape than smoke Camels. Somehow, I don’t see either of those being a great selling point for a new incarnation of the most badass off-road race on the planet.

Dolphin Sweat is for the Girls?