The Badlands in South Dakota

Beasts of the Badlands of South Dakota 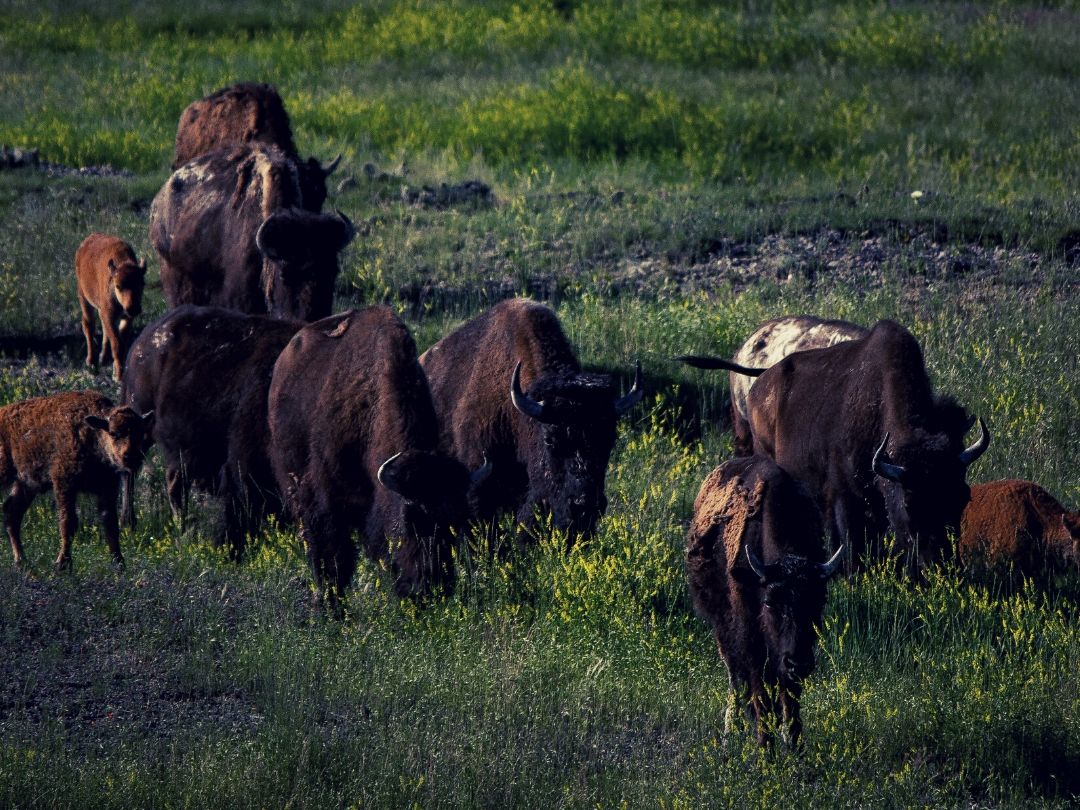 Throughout my time spent in the American West, South Dakota holds rank as being the most surprisingly beautiful location. This night in particular was one to remember. With coyotes howling and yipping in the distance and buffalo roaming not three-hundred yards away, the most spectacular sunset I had ever witnessed formed before me.

A three-layered cloud system, that I thought was shaping up to be a strong thunderstorm, had rolled in.  As the sun moved towards the horizon, the light punched between the individual layers, emitting a wondrous array of colors.  The darkness above suggested the coming of night while the vibrant lower layer shouted back in defiance, unwilling to relinquish the glory of summertime.

With camera in hand, I ran around the landscape during that short half-hour show doing my best to capture what nature had set before me.  Swallows diving for their grasshopper dinners, small lizards darting between the vast expanse of yellow wild flowers, a bridge from a defunct railroad of yesteryear.  I found it hard to rationalize in this moment just how this place earned its name “Badlands”.

Soon after the sun dipped below the horizon, I crawled into my truck bed and drifted off to sleep reflecting on what I had just witnessed.  South Dakota put on one hell of a show.