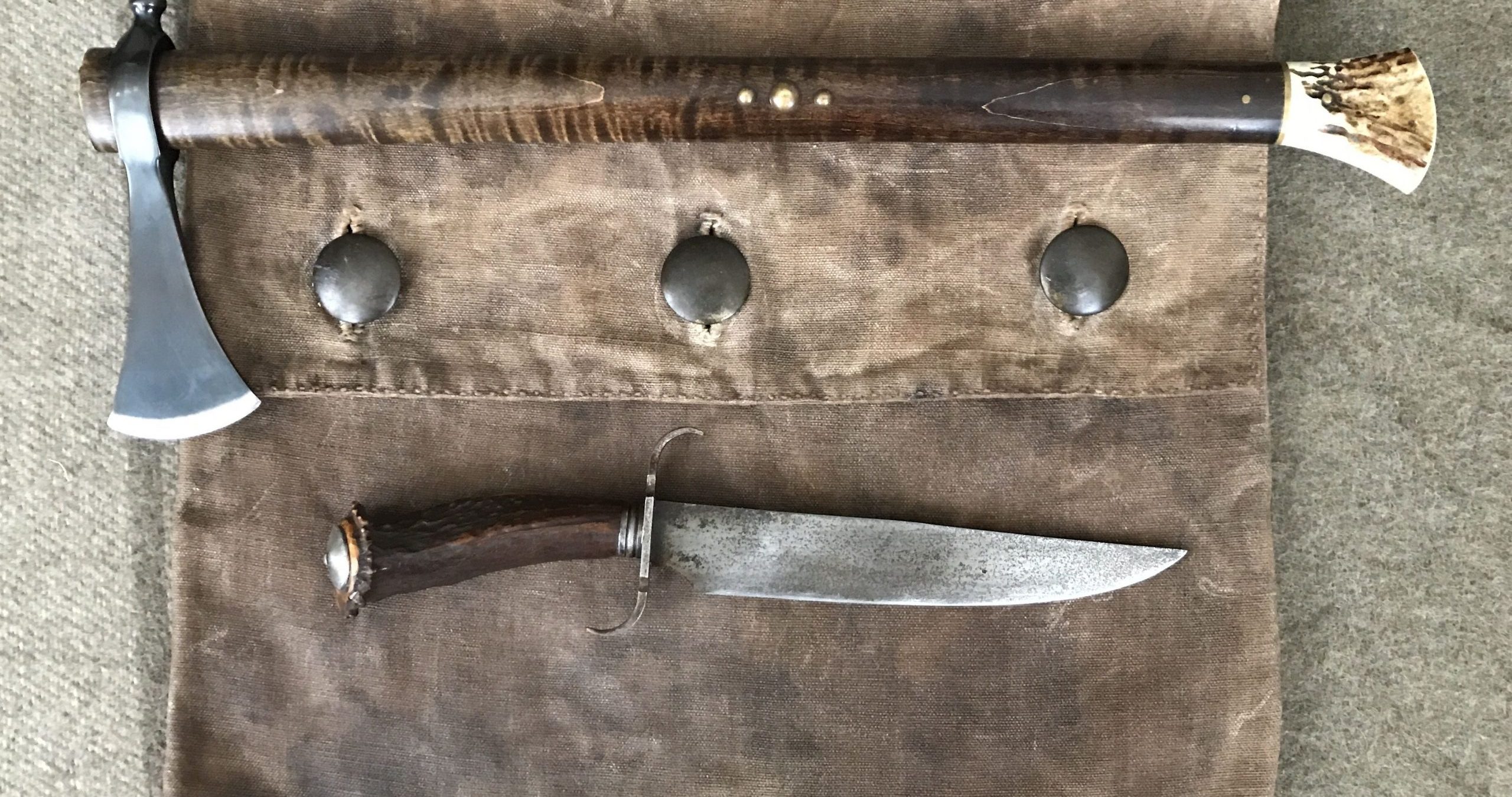 When asked to think about an iconic American weapon, most would consider something like a 1911 or an M16. This country’s history is studded with exemplary guns, but it is worthy to remember what was once an inseparable partner of the firearm: In the days before reliable repeaters, a fighting man’s continuity of fire did not rest in chambering another round; but by plunging steel into flesh.

The early 19th century was an era ridden with affairs of honor, which is a romantic way to say the method of conflict resolution was arranging to shoot people that pissed you off. This formalized method of violent arbitration, known as dueling, claimed the life of many early Americans. The single shot pistols of the era were prone to misfire and woefully inaccurate. In the event of both men missing, the aggrieved party had the right to consider the issue solved or to repeat the exchange, but no more than a total of three times. Four times would be quite uncivilized. Frontiersmen, however, were beyond civilization, and thus often tended to forget such niceties. In the event of a miss or malfunction, men relied less on social convention and more on evisceration.

The Sandbar Fight of 1827 almost ended in two misses and a handshake. Almost. Many in the attending crowd saw an opportunity to air their own personal grievances with each other. One of the combatants was a man named Jim Bowie. He shared a grudge with a man named Norris Wright, who denied him a loan. Amid the fracas, Bowie was knocked to the ground. Wright fired at him and missed. Bowie returned fire; the result of his shot unknown. Out came the frontier solution to the city boy problem: Wright drew a sword cane. Bowie unsheathed his big-ass knife. Due to the longer reach of his blade and Bowie’s compromised position, Wright impaled him. Unfortunately, impaling Jim Bowie does not kill him, it only brings him in reach. While Wright struggled to free his blade, Bowie pulled him down and cut out his guts. Thus dawned the Golden Age of the Bowie Knife.

For most men, the pistol was the primary implement of satisfaction. For Jim Bowie, it was an amuse-bouche. Coverage of Bowie’s exploits made his knife an instant necessity for any self-respecting man of character. Schools teaching Bowie knife fencing soon dotted the South and West. Through Westward Expansion and the Civil War, the large knife was a constant companion for the necessities of rough living and hard fighting.

With Bowie Knives now a fundamental part of the frontier mythos, why did Americans stop stabbing each other with them? Because we figured out how to shoot at each other better. In the latter part of the century, American manufacturers created the first mass-produced, reliable repeating handguns. Now Americans could preserve their honor and still have a clean shirt. American knives became smaller and more specialized. The Bowie Knife became a relic of a bygone era.

Then came the Second World War. Stocks of thin European-style trench knives leftover from the previous conflict were reissued. While fine for stabbing Fritz to death in a muddy shell hole, they could not meet the requirements of soldiers constantly on the move. GI’s needed a tool that could open cans and crates, cut wire, and even dig foxholes. They needed a big-ass knife that could cut rope and throats. With this end in mind, the Marines eventually began to issue the newly designed USMC Mark 2 Knife, Fighting/Utility. We know it today as the KA-BAR. Its long blade and clipped point displays heritage from the venerable Bowie.

Like its predecessor the KA-BAR became an instant hit, with servicemen of all branches clamoring for their own. It has served faithfully in every subsequent American conflict around the globe. Even today, opening MRE’s and poking around for IED’s, the American fighting knife performs its purpose.