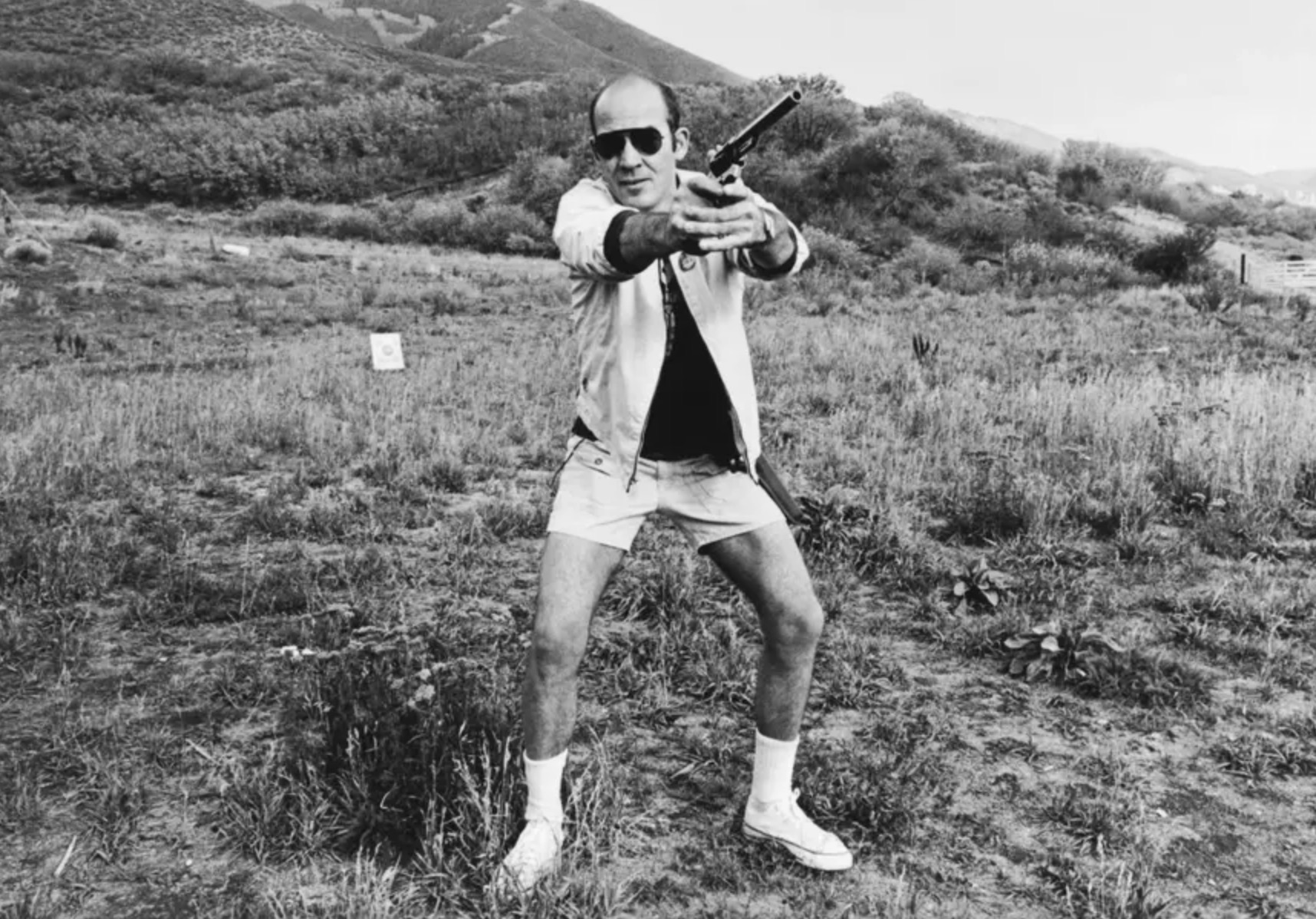 Hunter S. Thompson is credited with inventing an entirely new style of journalism, is the author of such literary classics as The Kentucky Derby Is Decadent and Depraved, Fear and Loathing in Las Vegas, and Fear and Loathing on the Campaign Trail ’72, and publicly stated many times, “I hate to advocate drugs, alcohol, violence, or insanity to anyone, but they’ve always worked for me.”

I think the latter quote alone is reason enough to want to stay in his home.

Fortunately, his widow, Anita, has now made that opportunity public.

During his later years, Thompson worked and resided at Owl Farm in Woody Creek, Colorado, a 42-acre property located just northwest of Aspen. He did most of his writing in a small two-bedroom cabin that, in stock photos, appears to have been decorated by a bomb blast. Today, the cabin appears to be much cleaner – at least on its website.

The cabin is less than a ten-minute walk to the Hunter S. Thompson Memorial and Labyrinth and comes fully equipped to serve as a place for inspiration and writing. Guests can attempt to peck out the next great American Gonzo expose on Thompson’s IBM Selectric III typewriter or scratch out a rough draft on Owl Farm Stationary. Reference books are on-site and special requests to use the founder of Gonzo Journalism’s desk are entertained.

Although available to the public, a stay at Thompson’s cabin is not guaranteed. Guests wanting to book a three-night minimum stay must apply via written essay. Applicants must send a one-paragraph email to info@gonzonation.org detailing why he or she wants to stay at the cabin, who, if anyone, will be staying with the applicant, and at least two dates of stay for consideration. Applicants who have their paragraph approved will receive further instructions as well as pay the $350-$550 per night depending on package and season. Proceeds from cabin stays help fund Hunter S. Thompson’s scholarship for veterans attending Columbia University.

As a writer, I’d love the opportunity to stay at Thompson’s cabin.

As a writer, however, I don’t have the funds to stay at Thompson’s cabin.

Thompson, along with Ernest Hemingway, were two of my biggest influences in regards to writing – and unfortunately – in how a writer should live. I’d love the opportunity to stay in one of my unbeknownst-to-them-mentor’s home but have to admit that’s not gonna happen thanks to money concerns. But I’d be glad to help someone else achieve their goal. Let me open the floor to writing a paragraph I guarantee will be approved by the Hunter S. Thompson application process. Payment can be in cash or in allowing me to be one of the others that stays at the property with you.

And I get the room with the blackout curtains.

Because I hate peacocks.