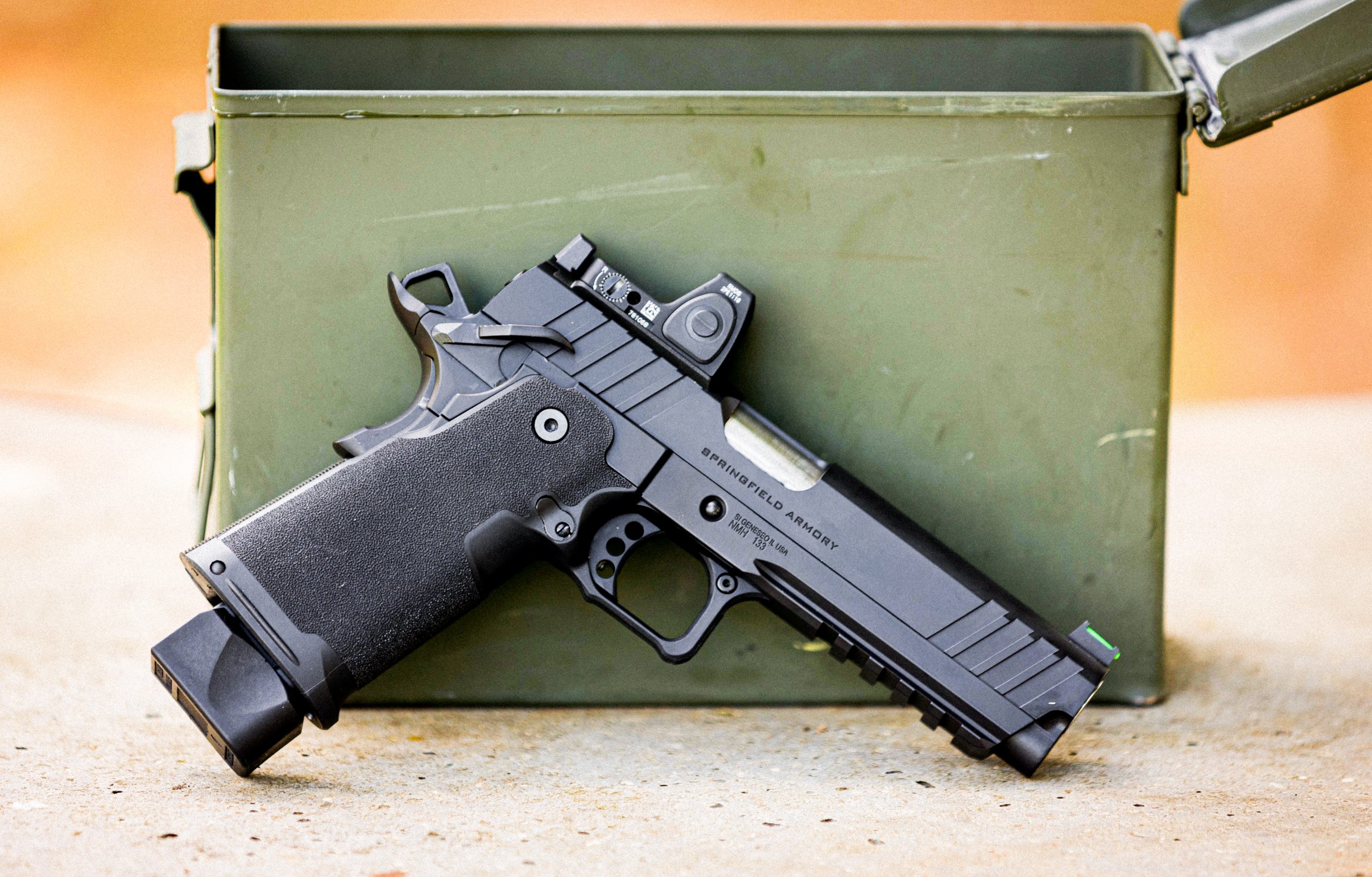 I’m an unrepentant fan of the 1911 and always will be. That said, I don’t actually carry one for self-defense. As shootable as the design can be, its size, weight and lack of capacity render it close to obsolescence for real-world use. The fact is that the polymer-framed, high-capacity Glock and its offshoots killed John Browning’s design as the defensive handgun.

But what if a 1911 made sexy-time with a Glock 17 and didn’t pull out? If one could combine the unsurpassed shooting characteristics of John Browning’s masterpiece with the capacity of a modern handgun, they’d really have something. Okay, I hear you back there– SVI, STI, Staccato, and Nighthawk have all offered such handguns in recent years, true. Until now, though, no large American gun manufacturer has put the tip in on this style of handgun. There has never really been an “everyman” high-cap 1911. Until now.

Our friends at Springfield Armory have just released the DS Prodigy AOS: a 9mm single-action 1911 that mates with a high-capacity polymer grip. It’s a sweet-shooting 9mm bullet hose. There are two main versions at this point, a full-size Prodigy with a 5” barrel and a 4.25” Commander-length gun. The frame sizes on both guns are identical so they have a magazine capacity of 17+1, 20+1 or 26+1 depending on how far you want the mag to stick out of the frame.

These guns come optics-ready with suppressor-height sights so you can co-witness the dot to the irons. The front sight has a fiber optic insert and the rear is plain serrated black. There’s actually a rear sight integral to the optic mounting plate, which is an innovative twist. The Prodigy is also available with the company’s HEX Dragonfly sight already installed. The dustcovers are rail equipped since this handgun screams for a Surefire.

The guns use stainless steel bull barrels so there’s no bushing. There’s a two-piece guide rod, an extended ambi thumb safety and a beavertail grip safety. The polymer grip is textured so you don’t have to worry about your grip shifting. Recoil, by the way, is all but nonexistent.

The triggers on both of our test guns were pretty good, breaking at around 4.5 pounds. Since the ignition components are pure 1911, a host of aftermarket parts are available to tune the trigger to perfection. Since the trigger pulls straight to the rear, rather than articulating from the top like nearly every non-1911 out there, pulling the trigger causes minimal disruption to the hand. Yes, that’s one of the big reasons why 1911s are so “shootable”.

So, what is this gun for? For starters, it’s a pile of fun to shoot. And it looks cool. If that’s not enough, it would be a viable race gun available at a far lower price than its competitors—MSRP is $1,500 without an optic. Honestly, I think this might be the ultimate nightstand gun. It provides the firepower to deal with multiple threats and the precision necessary to deal with the direst of circumstances, i.e., some scumbag using your daughter as a hostage. I’ll take one in each size, please.