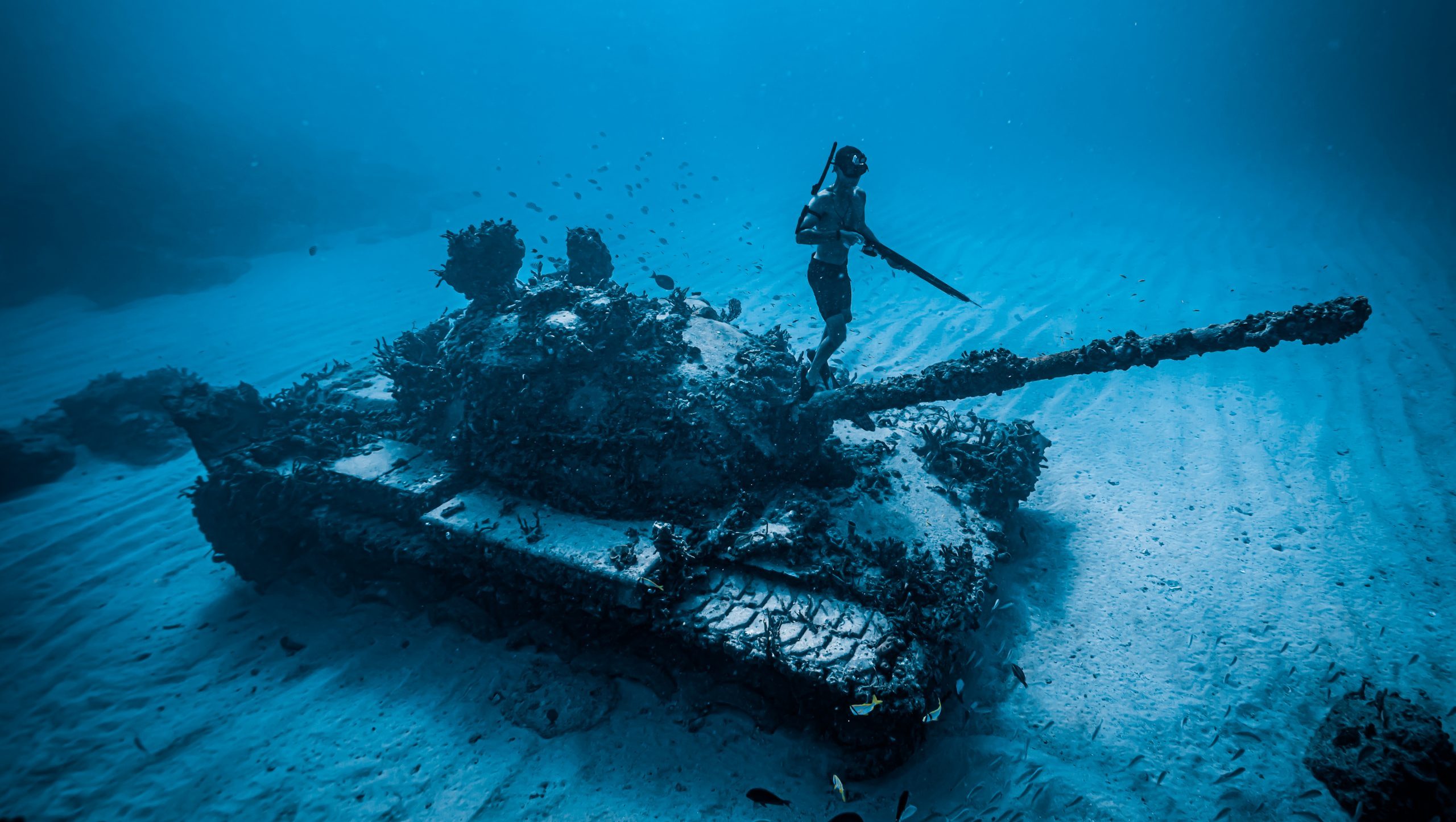 Joe Rogan, with an almost folksy wisdom, makes simple connections that cut to the core of a subject.

At the end of January, he had Valentine Thomas, a French-Canadian lawyer-turned professional spearfisher woman, on his podcast. Before the interview began he briefly brought up the Canadian truckers protesting vaccine mandates in Ottawa. Next, he introduced Thomas, focusing on her decision to give up corporate life to pursue freedom and her spearfishing passion underwater in the Sunshine State. It got me thinking … .

What do these two stories have in common? Rogan didn’t make an explicit connection, but clearly these very different stories share something fundamental:

A desire for personal autonomy.

It’s difficult to get more free than when freediving. Released from gear and even a watercraft, you’re truly in a state of nature. The spearfisherman is not the apex predator here, sharks reign supreme. Therefore his, or in this case, her, safety rests in quick thinking and, to a certain degree, fate.

A whole crop of social media influencers like Valentine Thomas have arrived to show this breathtaking underwater world. Modern camera technology has enabled these creators to capture awe-inspiring images.

Recently I spoke with Judah Clark, a spear fisherman and YouTube star with over 25-million views. Last year he gave up his Miami Beach home to travel around Florida fishing and filming full time.

Judah hasn’t always lived a sea gypsy dream. As an entrepreneur, he says,  “I blinked and I went from 18 to 30. So I realized I needed to start enjoying life more and I didn’t really know how I wanted to do that.” Eventually, the internet led him to Spearfishing, where he came across a video of a guy freediving down 100 feet and, he said, “It just blew my mind.”

Spearfishing has brought Judah back to life. By fishing every day he gets the essentials–sun, salt on his skin, and Omega 3 from fresh fish. The intense exercise has made the YouTuber feel 10 years younger; indeed his videos “basically show a progression of coming back to life.”

This is a positive message, but one we hear all too infrequently. Flip on the TV and you see endless drug and fast food commercials. The government pushes more injections. As I listen to Judah I wonder what if doctors start prescribing the open ocean instead of Xanax and Prozac?

In the post-war 20th Century, surfing was the sport of choice for those who wanted to rebel against The Man. Freeing themselves from conventional society, surfers chased waves up and down the California coast. Life was an endless summer of freedom, individualism, and passion.

History has a way of repeating itself, and in today’s Florida, there are many parallels to California in the 60s. Florida is attracting individualists and mavericks who no longer want to live under the yoke of the mainstream and what’s supposedly “good” for them. Increasingly, they seek freedom below the waves instead of riding on top of them.

Creators like Valentine Thomas and Judah Clark are doing something way more valuable than just taking the viewer inside a cool, relatively unknown action sport: They’re building a culture that counters postmodern nihilism.

If you follow your passion and take action, you can live a happy healthy life.

No government required, you’re not a victim. In 2022 this is a subversive message.

For more spearfishing content, check out Field Ethos Journal Vol. 1 featuring the first striped marlin taken with a speargun in California! –The eds