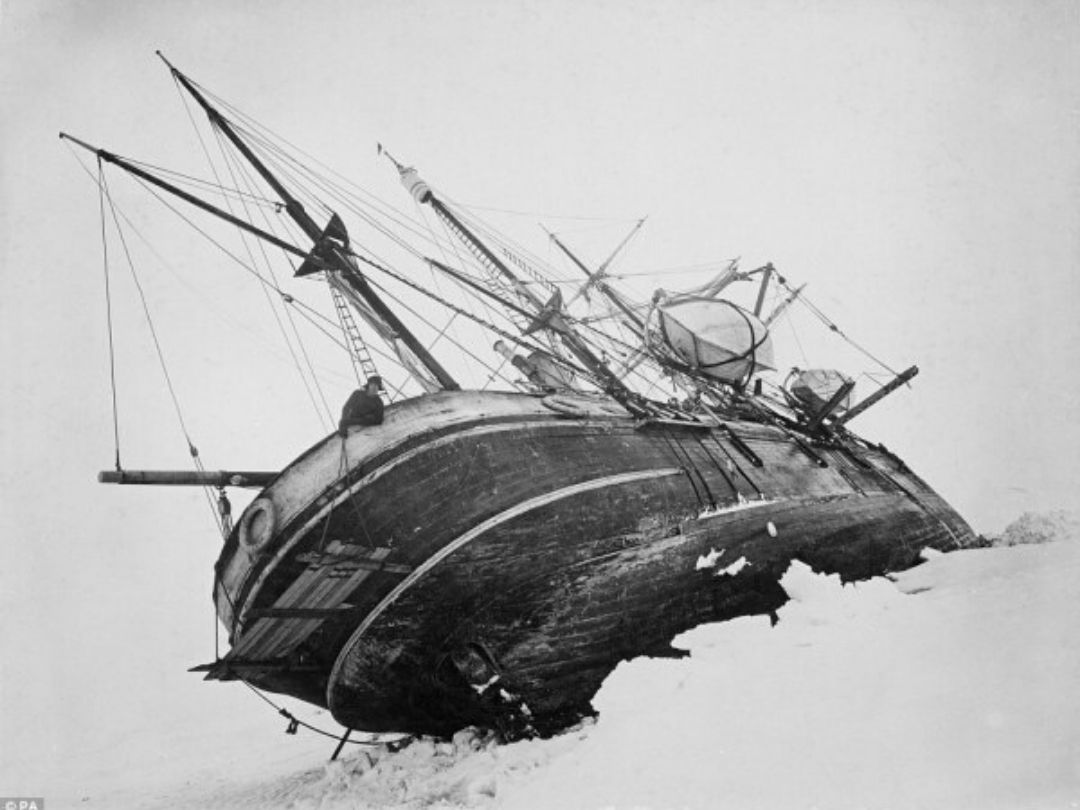 Following the success of the Nimrod Expedition that saw his team reach just 112 miles shy of the South Pole, discover the approximate location of the South Magnetic Pole, and mark the first ascent of Mount Erebus, Sir Ernest Henry Shackleton returned home to find glory in the UK. He published his book Heart of the Antarctic, was knighted, and was awarded a Gold Medal by the Royal Geographical Society. Not so glorious however was the fact that Ernest discovered he was deeply in debt and unable to reimburse the backers of his expedition. Ernest sought to pay back his debts by giving lectures, attempting to start a tobacco company, selling postage stamps from his time as Antarctic Postmaster – a rather useless appointment given to him by New Zealand – and developing a mine in what is now part of Romania. Despite this, Ernest was unable to pay his debts and accepted a sizable government grant. Ernest also used this time to assure the world that his days of exploring the Antarctic were over publicly declaring, “I am never again going South.” This was apparently a lie, or a statement made in order to keep the public off his back while he made plans to return to, you guessed it, Antarctica.

Ernest published details of his Imperial Trans-Antarctic Expedition in 1914. As the South Pole had already been reached (by Roald Amundsen in 1911) Ernest planned to cross the entire frozen continent instead.

Ernest’s ship, the Endurance set sail for Antarctica in August 1914.  They reached the continent’s outer islands by fall. In January 1915, the Endurance became trapped in ice and a camp was erected on the ice just off the ship. The ship was eventually crushed by the ice and sank, and Ernest had to make plans for his team of 27 to not only survive but return home. In April, the expedition sailed three small boats over the raging seas for seven days until they reached Elephant Island. From there, Ernest and five men climbed into a 22-foot lifeboat literally modified for lengthy travel with oil paint and seal blood to sail across the South Atlantic Sea to the island of South Georgia. The 720-nautical-mile journey took 16 days and when they reached the island, they were on the wrong side of it. Refusing to give up, Ernest and two men put screws in their boots for better traction when climbing, grabbed 50 feet of rope, and a carpenter’s adze to act as an ice axe and trekked 32 miles over the 4,500 foot tall snow-covered mountain range that bisected the island to a whaling station for help.

Ernest rescued his men from Elephant Island on August 25, 1916. Despite the men being stranded on the most unforgiving continent on Earth for nearly two years, not a single member of the 28-men team died.

Ernest returned home a hero yet again. He went on the lecture circuit, served in the military in World War 1, developed a heavy drinking problem, then returned to the continent that had almost killed him. He had a suspected heart attack when he and the rest of the Shackleton–Rowett Expedition reached Rio de Janeiro. Ernest refused medical help and instead led the team to South Georgia. The day after reaching the island, Ernest felt pain in his back and sent for the team’s physician. The good doc told Ernest he should, “Lead a more regular life.” Ernest angerly retorted, “You are always wanting me to give up things, what is it I ought to give up?” The answer was, “Chiefly alcohol, Boss.”

Ernest refused the advice and instead had a fatal heart attack only moments later. Ernest died at 2:50 a.m. on January 5, 1922.