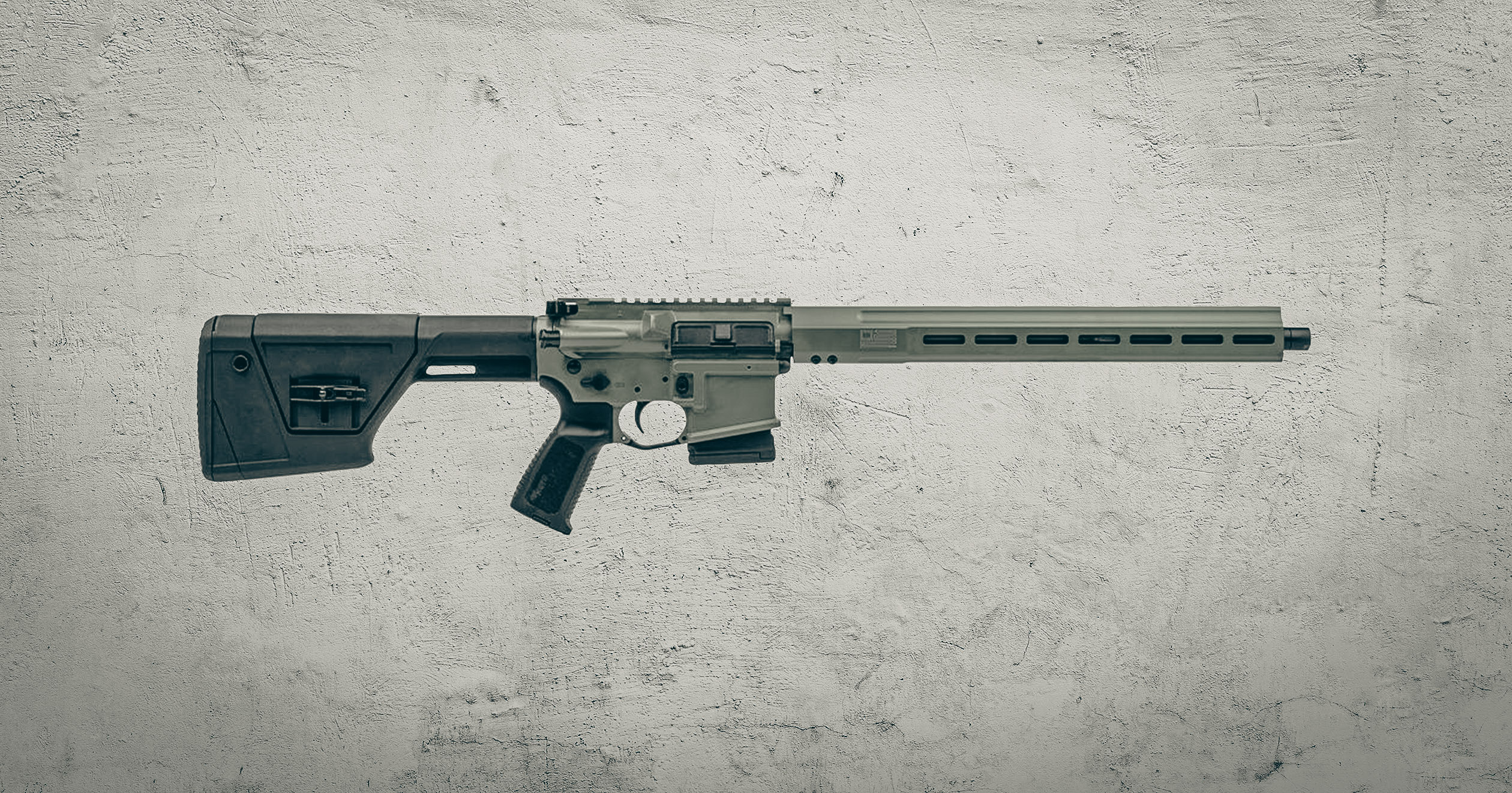 If you’ve been following Field Ethos for more than a minute you know we like high-end stuff. We believe that with the limited time we have to hunt, life’s too short to bring cheap-ass guns, optics, and gear into the field. But we aren’t Dan Bilzerians, either. (All but one of us aren’t even Donald Trump Jrs.) Point is, we like nice shit but we like it even better when it represents a value. And that’s exactly why we think Sig’s entry level M400 Tread Predator is prime pickins’.

Nearly any $1,000, mil-spec AR-15 from a company not located in China will meet the performance requirements asked of it. With a decent quality barrel, trigger, ammo and optics, damn near all of them will shoot. It’s the custom-level accessories like custom machined hand guards, dual charging handles and all the little add ons that significantly increase the price. With its Tread series, Sig set out to give folks a purely Sig-quality gun without all the window dressing so nearly anyone can afford it. And you might say, “Well, Field Ethos, aren’t you elitist pricks; not everyone can afford a $1,200 gun.”

To which we’d reply: “You just need to get your priorities straight.”

Chambered in 5.56, the Predator’s 16-inch stainless steel, free-floated pipe offers hunters a greater level of rust protection when nasty weather rains on your coyote calling. It’s threaded for a suppressor and capped by a thread protector rather than wearing a flash suppressor. I think this is great because five minutes after buying it you should toss the thread protector and screw on a suppressor.

Ambidextrous controls are standard. Sig even guarded its innovative left-handed mag release button from accidental activation by machining a protective gate around it. And rather than pinning a standard safety switch on the receiver’s right side for lefties, it shortened it so it doesn’t impede the trigger finger of righties.

Four main differences distinguish the Predator from other Tread models. 1. It features a full-figured Precision Adjustable Buttstock to fit the shooter’s exact length-of-pull and comb height requirements so shooters can choose any optic yet still obtain a comfortable cheekweld that aligns the eye perfectly every time.

2. The rifle’s mid-length gas system (superior to the shorter carbine-length tubes found on many 16-inch barrel ARs) is hidden underneath Sig’s aluminum, 15-inch handguard. I dig its squared bottom that facilitates solid resting whether on a benchrest, pack, or your buddy’s bony-ass shoulder. Its top is scalloped so it doesn’t feel as blocky as it should. M-Lok slots perforate its sides and top for mounting accoutrements.

3. All external metal is finished in Sig’s “Elite Jungle” Cerakote that not only camouflages the rifle and protects it, but looks sweet. Cerakote is usually reserved for guns costing more, but it’s standard on the Predator.

4. A five-round Magpul magazine is included so hunters can go prone and still rest the rifle without teeter-tottering on a 30-rounder. Hunters rarely need more than a few shots at a time, so the five-rounder is the way to go. But of course any standard AR mag will function if you really need to quell the hog rebellion.

During testing I fired over 500 rounds and only experienced one jam. It demonstrated good accuracy with a variety of ammo, averaging 1.35-inch, 3-shot groups. It probably could have been slightly more accurate had it’s trigger been lighter than 8 lbs., 4 ozs. So that’s the one upgrade I’d make. For hunting and longer range work, I love the full-figured, adjustable stock. And if you want to accessorize this rifle to turn it into a racecar, you can.

If you’re primarily a varmint hunter or mid-range (100 to 600 yards) shooter, Sig’s new Tread Predator is a versatile, quality AR that comes standard with several specialized features for which you’d normally pay extra. But at about $1150 real world price, this green machine represents a fantastic value–so good in fact, that I’m now wondering why I’d even want to be like Dan Bilzerian. And then I remember … the women.

Trigger is as “special” as a Honda Accord