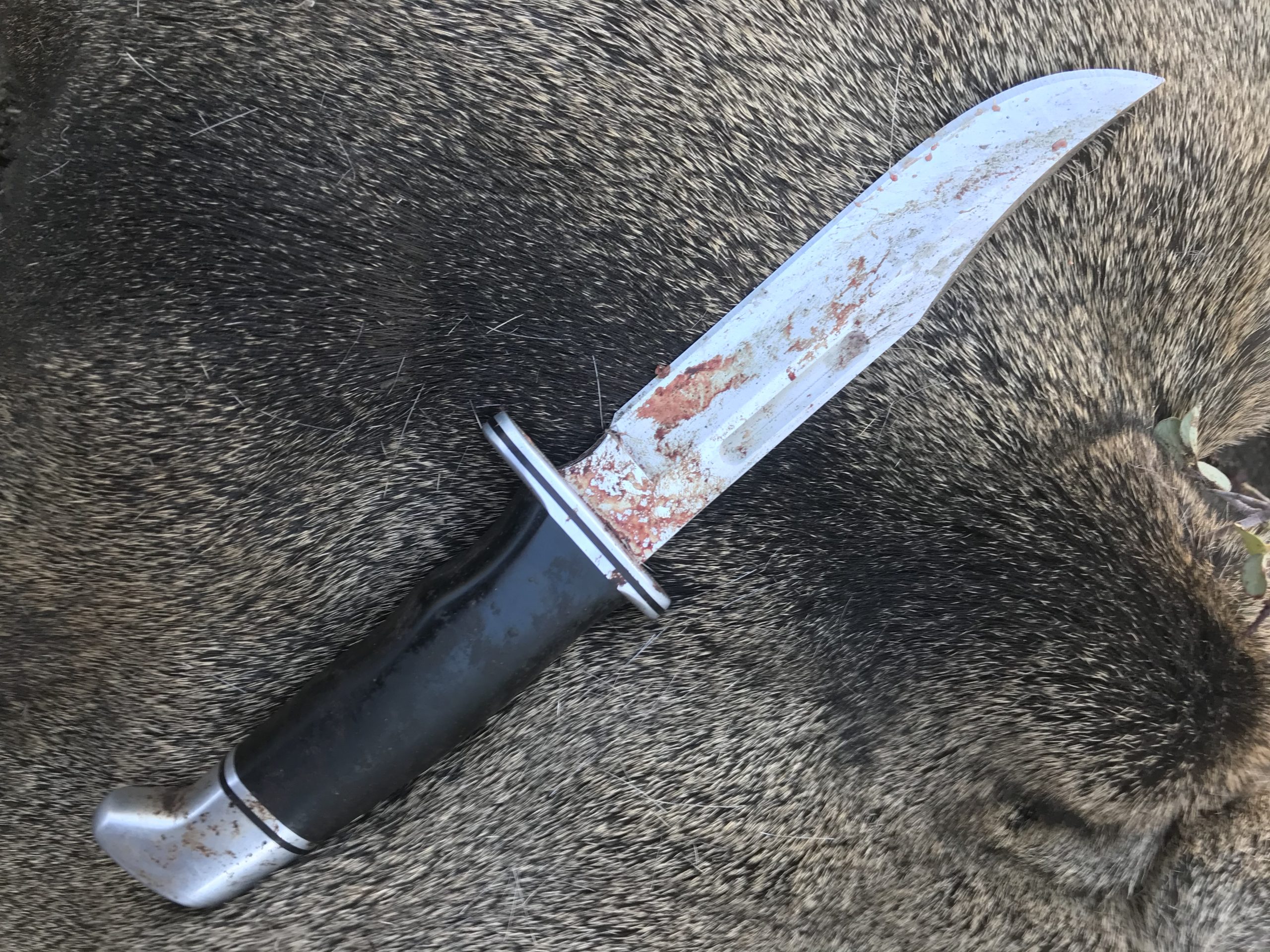 Six days into deer season and I was ready to shoot the first legal buck I saw.

Hunting in the SoCal mountains is tough.  While the weather is beautiful and there is plenty of public land–if that’s your thing–you’d better learn how to share it with the entire swath of humanity. You will likely come across hikers, mountain bikers, hillbillies, illegals, growers, vegans, hobos, social influencers, and druggies all in a day’s hunt.  These “civilians” had invaded my best spots, and things were looking dire.

After working the high country all morning, I was driving down from a ridge when three deer trotted out of an oak grove.  A buck!  Jumping out of my truck, I ran to the back and grabbed my X-Bolt from its case and slammed in a few Cali-compliant Barnes bullets in the mag while I hustled up the slope to get a good angle.

Right when I pulled the trigger, a jogger came up the road.  He was doing a zig-zag crab shuffle and about to jump for cover when he saw me with the rifle above him on the slope. He looked a little freaked out. I tried my best to explain, “It’s deer season!”  but just as I did the buck staggered and thrashed its way down the hill.  Shit, it’s not dead.

My bullet had entered just behind the buck’s left shoulder and exited back behind the right ribs; the exit wound made a grapefruit-sized window. Dangling from it was a gallon worth of guts.

Anxious to look less dangerous, I ran down the hill and threw the rifle in the cab, all the while keeping an eye on the crawling buck. Shit, still not dead.  The jogger approached me, and I dreaded whatever was to happen next.

What happened next was a miracle.

The jogger said, “Good shot!” as he awkwardly stared at the buck that was now rolling around in dry leaves. Inwardly I was mortified that the buck was suffering; outwardly, I tried to look like the ultimate badass.

Coolly, I drew my Buck 119 from the sheath on my belt. The jogger, who was now curious, followed me up to the animal. Casually as possible, I asked, “Where you from?”

Okay, I saw the PH do this in Africa once, I reassured myself.

“Welp, welcome to the mountains,” I said as I held the buck’s head down with my left so its antlers wouldn’t gouge my eyes. Then I stabbed him through the ribs as hard as I could with my right. The buck went, BAAAAHHH!

That’s when the wide-eyed jogger asked, “Can I take a picture?”