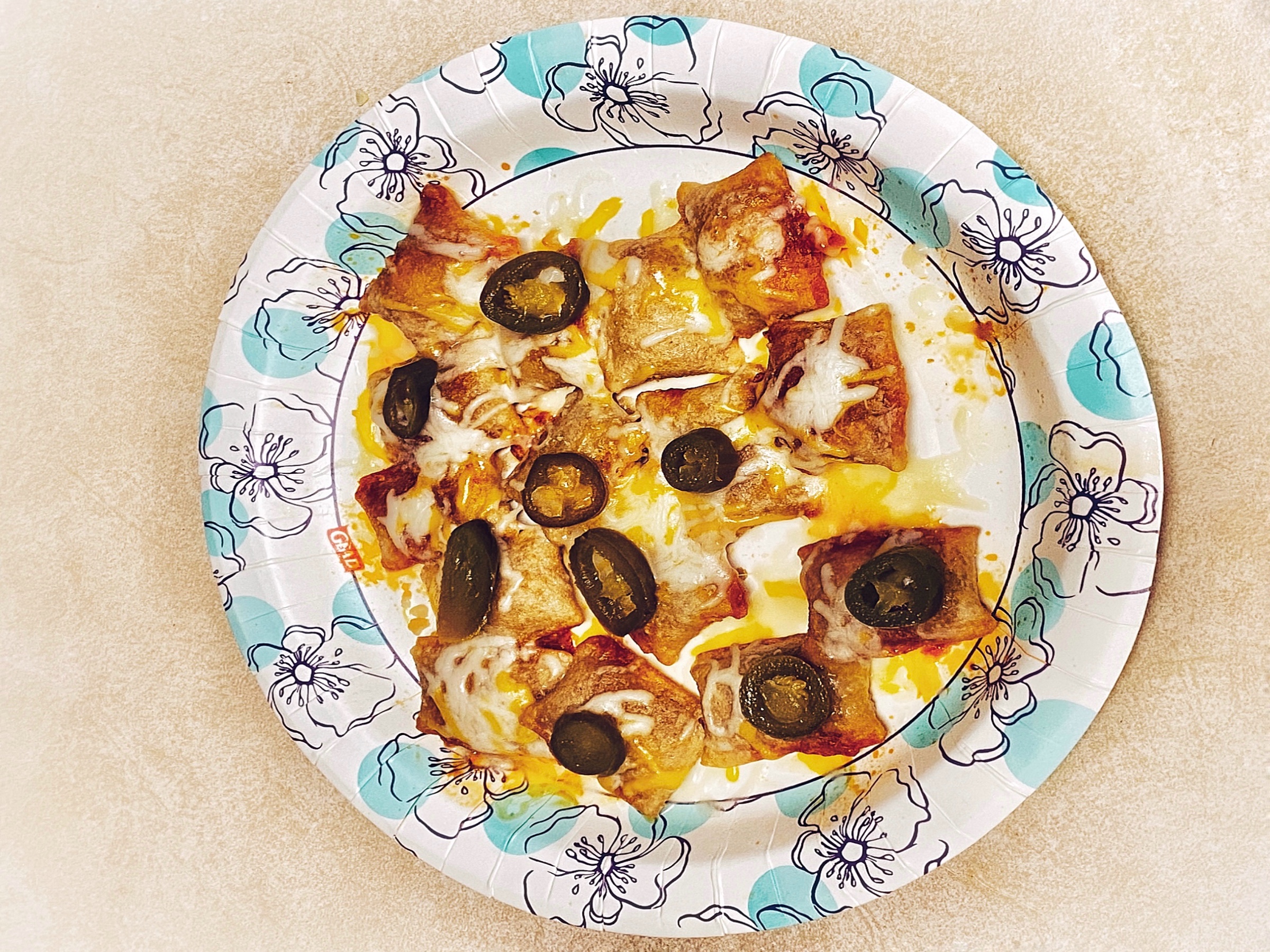 Pizza Rolls are the perfect ending to a day hard earned.

Their enriched flour crust is both soft and chewy, the mechanically-separated chicken and pork formed pepperoni droppings swimming in a divine tomato puree bursts in flavor upon the tongue, and the imitation mozzarella cheese is literally the glue that holds it all together. Pizza Rolls are truly a gift from the culinary gods.

And they barely qualify as food – even with all the extra stuff I put on them.

I usually eat Pizza Rolls when I’m pretty good and hammered after a day of drinking most of a case of the low-calorie beer my physician insists I drink rather than the full-bodied Mexican beer I truly love.

“You’re literally drinking all your calories,” my doctor warned during my last physical.

I’m a writer and have lots of issues to drown.

Back to the Pizza Rolls…

My Pizza Rolls are cheap and, as I hinted at earlier, can be made even by a person not fully functional or capable of passing a sobriety test.

Try them the next time you’ve had a hard day of writing and self-realization.