Oyster: Behind the Scenes in the Shop 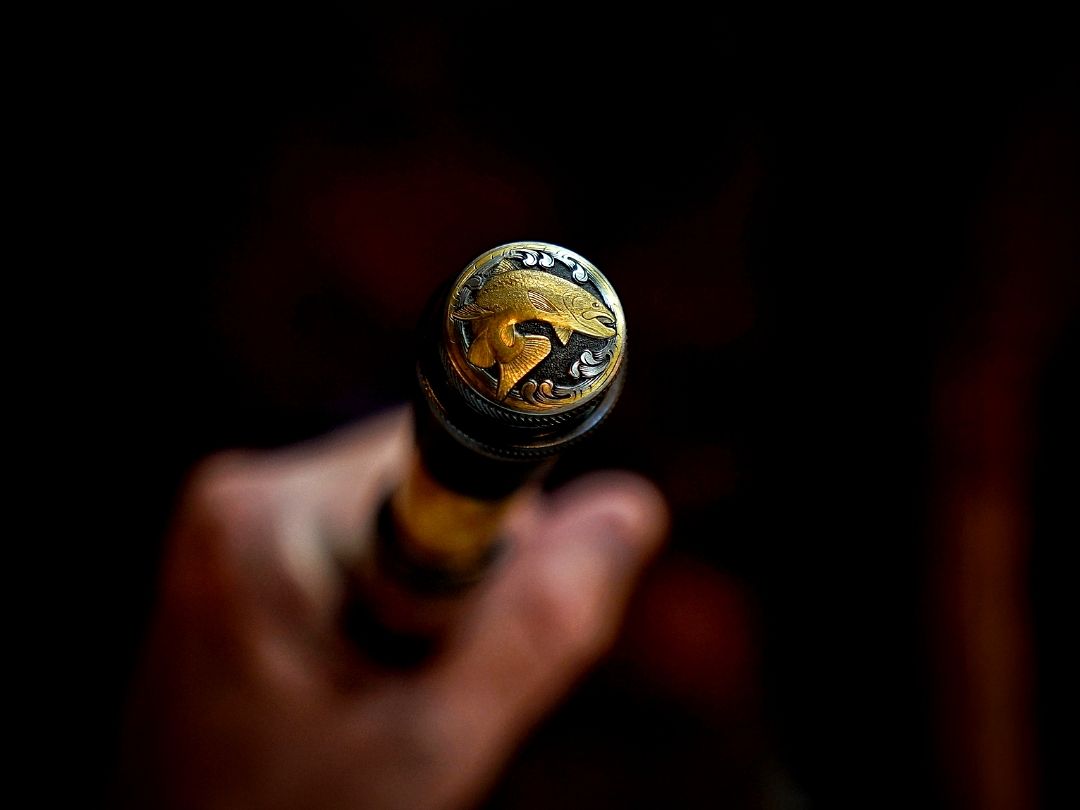 I’ve always viewed the act of fly casting as a lifelong pursuit. It’s something outdoorsmen and women seem to devote themselves to and it’s beautiful to watch. But I’m not a fly fisherman.

When my friend Catlin Brewer learned I was spending time in the north Georgia mountains he asked me if I’d ever heard of Oyster Fly Rods. I explained that I’m a novice with a fly rod, at best, and that I know very little about the fly world. “Doesn’t matter,” he said, “Just go check them out.” A quick Google search later and I was on the phone with Shannen Oyster asking if I could stop by to hang out for a bit.

When Shannen Oyster unlocked the door to the shop she immediately reminded me of my wife. Big smile, lots of good energy, wild eyes. Within the first 30 seconds of stepping inside Oyster it was clear Shannen has never met a stranger.

As we quickly became pals with Shannen in the shop’s storefront, Davis and I could see an engraver at work through a window in the back of the room. Of course, we were immediately drawn to the rack of fly rods so the three of us migrated there. Our conversation continued en route but my thoughts were distracted every now and again by that fella spinning something around in that window.

After about 10 minutes of looking at the small handful of fly rods on display, Shannen walked us in the back to meet the team. Bill Oyster spun his chair around with a warm smile and stood to shake hands with Davis and me. He jokingly apologized for his wife’s chatty personality the same way I jokingly apologize for my wife’s eagerness to become friends with others. I married a Georgia girl too.

Within about an hour, we’d covered all sorts of topics including Bill’s love of fast motorcycles and his previous life as a bicyclist. What was most interesting though, was Bill’s approach to making fly rods…he prefers to teach others to make their own. Bill explained that he doesn’t make a lot of fly rods and that he spends most of his time teaching weekly classes to people who fly in from all over the world to make their own Oyster in his shop. It takes six days to make a single fly rod in his class and everyone leaves with a piece of art they’ve been able to create themselves.

This is an unusual concept to me, especially in a world where everyone is so guarded. Why would a master in his field give away his secrets? Why would a guy at the top of his industry open his shop to anyone who wants to learn? Well, it’s because that’s what fishermen do. They teach others, they patiently demonstrate their style to newcomers who want to learn, and they welcome friends to take part in something they hold sacred.

– I guess all you really need to know about Oyster Fly Rods is that they are what happens when art intersects fishing.