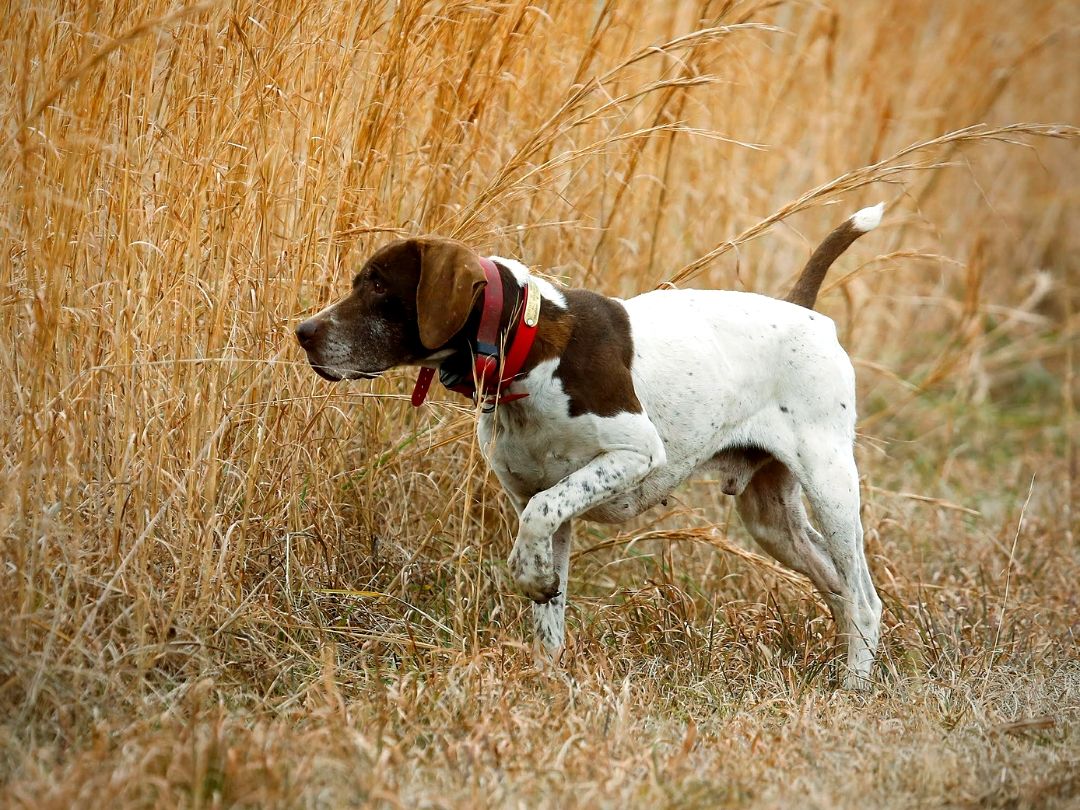 One of the toughest and most splendid realities hunters, like hunting dogs, must face is that the will and drive to hunt thrives within them long after their prime has passed. Sight, stamina, and reflexes wane with each passing season though youthful ebullience awakens each year with the first hard frost. Nowhere is this more illustrated than with quail hunters. At our little preserve, we’re fortunate to have a number of “old dogs” come out to relive memories of points and flushes.

A couple of mornings ago a pair of gentlemen were booked to bird hunt. They arrived half an hour early and their smiles could be seen far up the drive through the windshield as they approached.  My partner and head guide, Colonel, (who is an old dog himself at 78 years of age) greeted the two men as they climbed out of their truck.

“Nice to see a couple of gray-haired fellas like myself!”

The comment widened the men’s smiles and initiated the phatic exchanges hunters have over coffee before taking the field.

As we sat in the shop building where we receive our hunting guests, the men told us that they were brothers who had bird hunted all their lives together when “we had birds”. They appeared eager and sturdy; happy to be swapping stories of pointing dogs, covey flushes, and doubles taken at wild flying birds.

After coffee, the party pulled on boots, zipped up vests, and poured boxes of shells into pockets all the while justifying their choice of accoutrements. The older of the two brothers then produced a Belgium made Browning Sweet Sixteen, a “real” bird gun according to Colonel, which was wrapped in the patina of many seasons afield; every scratch a story and every pit mark a testament.

Once the tailgate dropped and the dog box doors opened, the men continued their tales while following the brace of pointers to the hunting grounds. I waited outside to hear the first barrage of shotgun blasts (the signal that dogs and hunters are doing what they were meant to do) before going back inside to tidy up a bit and prep for lunch.

Ten minutes into my chores, I heard the vibrating hum of my phone from the kitchen counter where it sat charging. It was Colonel.

“You got any aspirin”, he asked.

“Maybe…”, I replied. Surely no one was having a heart attack!

“How about ibuprofen or Tylenol? I think that would be better”, Colonel said.

“Good. I’m walking back to the shop.”

I was eased by the sudden change in prescription but still a bit on high alert. The day before the hunt, Colonel had told me he had pulled a back muscle lifting the tailgate on a hay trailer but could still guide.

By the time I had run from the shop to the house, rummaged through the medicine cabinet, and gotten back to the shop with a bottle of ibuprofen Colonel was pitching dead quail from his vest into the bed of our Kawasaki Mule.

“Josh… these ole boys having a hard time walking. One of them got a bad hip that needs replacing, and the other done fell down twice and bust his head”, he replied.

“Naw!” he exclaimed. “I’m going to take them around on the Mule. We’ll hunt from it.” For the next couple of hours, shots and hollers could be heard from the field.

The hunt was over when the three men pulled up to the shop battle-worn and ecstatic. The dogs had been great. The birds flew like mad. There had been spectacular shots and spectacular misses. Over lunch, the laughter and good-natured ribbing continued. The brothers argued over who had killed the most birds and agreed on which dog had won the trial.

When it was time to leave, the men got up from the table with the creaks and groans which seem to help weary bodies move and thanked Colonel for “the most fun” they had had together in years. Colonel noticed that one of them still had a little blood on the side of his head.

“Let me clean you up before sending you back to your wife”, Colonel said as he wiped dried blood from the gentleman’s brow with a wet paper towel. “She may not let you go hunting no more”.

The old dog smiled and said, “I don’t care what she says. I’m coming back.”