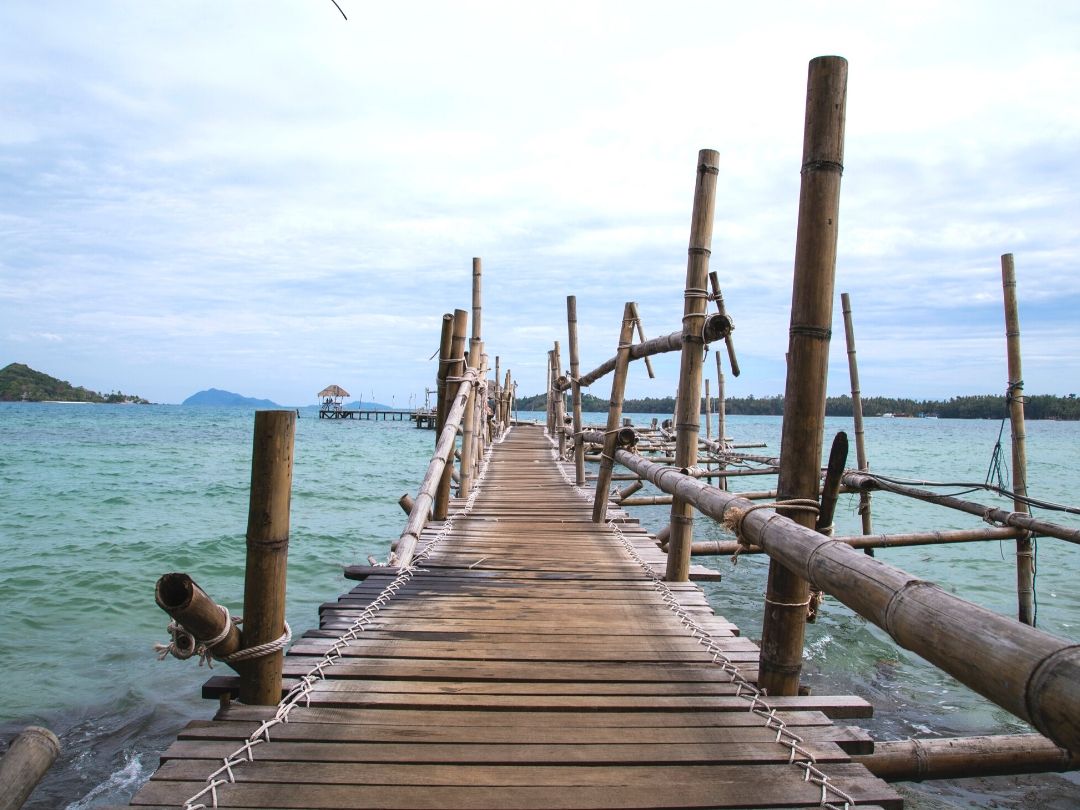 Nothing Works In Papua New Guinea

There is nothing here for civilization. – Captain David Moresby, in 1873 upon becoming the first European to see the land that would become Papua New Guinea’s capital city (and what would be his namesake) Port Moresby.

In my near month on the island, I was never completely dry.  My clothes rotted.  My sandals fell apart.  Skin peeled in sheets from the bottom of my feet. And toilet paper stuck to my constantly moist butt.

Yes, there are parts of PNG that don’t suffer under a stifling blanket of 98.9% humidity and aren’t subject to three inches of rain a day – in the dry season – but I spent very little time there.  Certainly not enough time to alter my perception that the entire country is actually encased in a glass box that is the recipient of a continuous supply of steam delivered by vents connected to Hell via the Devil’s instruction.

I ventured to this paradise at the invitation of the father of one of my high school friends.  Dr. James “Jim” Goodwin is an entomologist whose mosquito studies have taken him from Tennessee to Africa to Texas A & M University to the sweltering hellhole known as PNG.  His assignment to PNG found him at the University of Technology in Lae, the country’s second-largest city with a population of almost 50,000.  I knew the minute I landed that Lae was a cosmopolitan city; the chickens and goats roaming freely in the airport terminal were a dead giveaway.

Other signs of sophistication that struck me included free-roaming pigs, streets overflowing with garbage and sewage, and the fact that half the population bathed and did their laundry in the river.  At the center of this very definition of modern living was the university grounds where Jim and his wife Pat shared a three-bedroom closet-sized home complete with kitchenette, bathroom, and like much of the city, uninterrupted electricity five to six hours a day.

Jim had asked me to visit so I might assist him in his mosquito research.  He said my time in the field with him, along with a few hunting and fishing excursions would make for good magazine article fodder.  I agreed and boarded the next plane at his invite without researching the country at all.  Had I done so I would have discovered that PNG is a land with one foot happily planted in the Stone Age and the other sinking in a malarial quagmire.  It is a land riddled with poverty, disease, crime, tsunamis, earthquakes, headhunters, cannibals, and bus-sized crocodiles.

Yes, spending nearly a month there turned out to be one hell of a time.

PNG marked my introduction into the psychedelic drug trip that is anti-malaria medication.  And a more disturbing visit down the rabbit hole I’ve not taken.

My local physician prescribed Mefloquine hydrochloride – street name Lariam – for my visit to skeeter country.  She briefly mentioned some of the possible side effects in passing and suggested I take it before going to sleep at night. As with most malarial medications, I was to take it once a week beginning two weeks before my trip and ending two weeks after my trip ended.

The first night I took Lariam I awoke an hour later to the worst headache of my life.  The pain was so intense that I actually vomited.  I spent most of the rest of the night sitting under a running shower with the lights out praying my skull wouldn’t explode.  Ditto the second time I took it.  The third time I took in was in PNG.

I had high hopes for that evening as I experienced no headache whatsoever as I lie in bed waiting to drift off to sleep.  The fun started deep in the dark recesses of my psyche once I did succumb to sleep.  My dreams were painted in violent streaks of blood reds and midnight blacks with a few flashes of purple and visions of pain and torture thrown in for good measure.  I actually don’t remember much more than that but do remember screaming myself awake.  The next morning, I asked Jim if he and Pat had heard me scream.  He replied that everyone on the island had.

“Sounded like you were fighting off a pyscho or something,” He dryly replied.  “Why would I want to walk in on that?”

Jim later confessed that he did walk in to yell at me that I was dreaming but I don’t remember him doing so.  All I remembered was the acid trip of horrific violence.

The next day I re-read the warning label on my prescription then went online to read what the FDA had to say about the drug’s “possible” side effects.  Here’s what the latter stated: “Lariam can cause serious mental problems.  Some people who take Lariam have sudden serious mental problems, including: severe anxiety, paranoia (feelings of mistrust towards others), hallucinations (seeing or hearing things that are not there), depression, feeling restless, unusual behavior, feeling confused.  Some people who take Lariam think about suicide (putting an end to their life). Some people who were taking Lariam committed suicide. It is not known whether Lariam was responsible for those suicides.”

My professional opinion: Lariam was responsible for those suicides.

By my count, I suffered from seven of the eight side effects while on the drug.  Fortunately, my trips to the edge of suicide canyon were limited to the days that I actually took the drug.

Another fun experience I had with dangerous chemicals while in PNG came about while testing an insect repellant with Jim.  He was working on a Permethrin based liquid that could be used to make clothing insect repellant.  I didn’t know anything about Permethrin at the time other than it’s an ingredient in some insecticides.  I certainly didn’t know that excessive exposure to Permethrin can cause headache, nausea, muscle weakness, excessive salivation and the occasional seizure.  That’s the kind of information I count on scientists to tell me.

Before they give me almost a straight gallon of the stuff to play with.

At Jim’s direction, I put a paint mask on and placed a set of our jungle clothing in what basically amounted to an industrial-sized Ziploc bag and poured the good doctor’s brew inside. I sealed the bag and placed it in a storage building.  A week later I again donned my paint mask and brought the bag back into the yard while Dr. Goodwin watched from the balcony above.  Through the clear plastic, it was apparent that the clothing inside had soaked up all the liquid.  The soaking had also turned the clothing stiff as a board.  I opened the bag and immediately fell to the ground and vomited my brains out.  I puked through my mask, without my mask, then on my mask. I crawled away from the open bag and pulled myself off the lawn using the outside of the house as an impromptu ladder.

“Huh,” Dr. Goodwin mumbled from above.  “Guess I made that batch too strong.  Back to the drawing board.”

The drawing board would reveal that he had used too high a concentration of Permethrin in his liquid alchemy.  I never smelled the chemical but inhaling such a strong amount is what apparently sent me hurling.  Dr. Goodwin wasn’t sure why my pouring the serum into the bag didn’t cause me to puke but he suspected it had something to do with it having just been mixed.   I didn’t care what the reason was.  I never went near the stuff again and even had Dr. Goodwin throw my treated clothing in the trash.

Of course, things don’t stay in a trashcan for long in PNG.

In less than an hour, a pair of small pigs came by looking for a meal.  They knocked over the can and proceeded to eat most of the refuse including my clothing. I noticed with great jealousy that neither of the pigs vomited after doing so.

Excerpted from And Monkeys Threw Crap at Me: Adventures in Hunting, Fishing, and Writing.