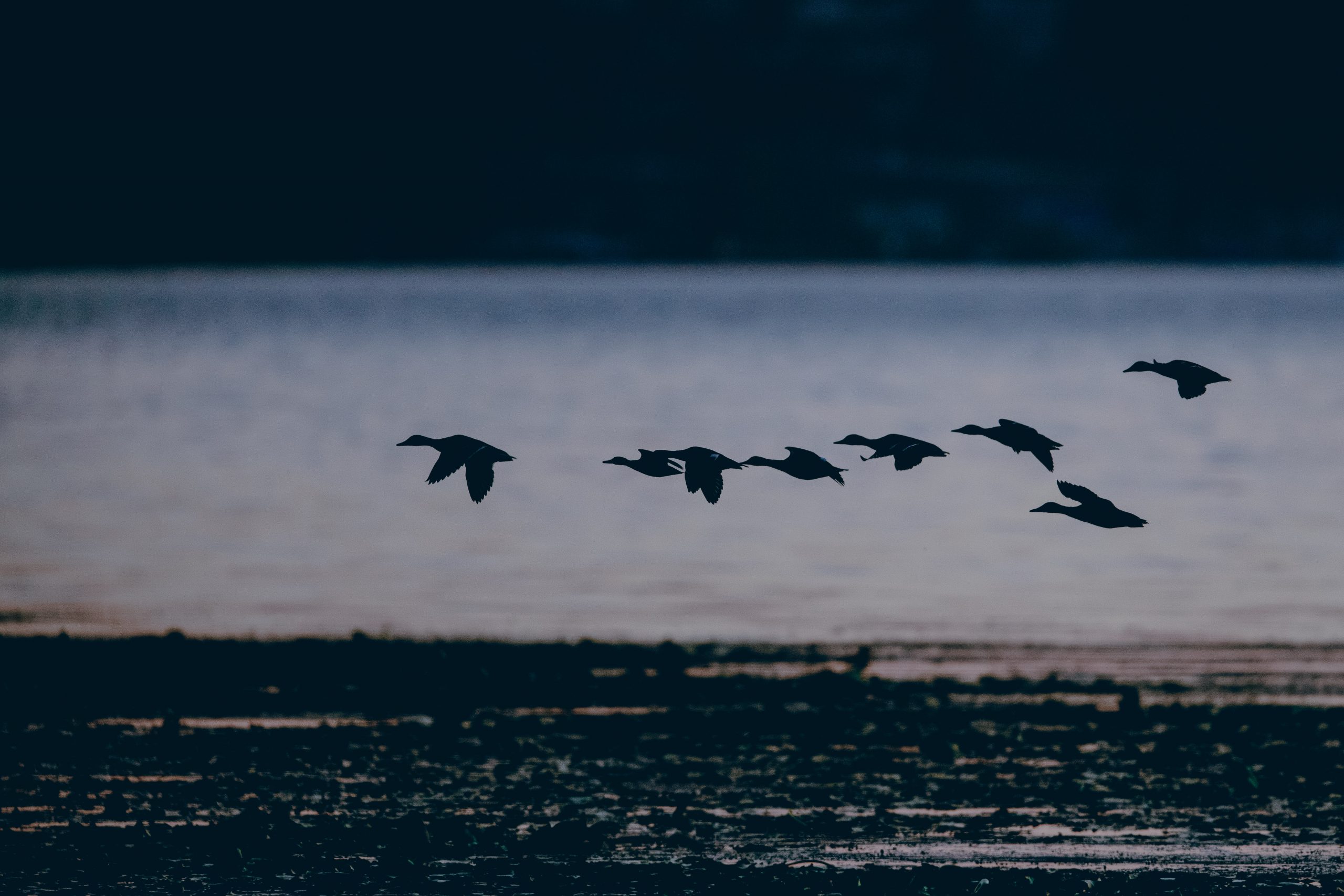 “When do the ducks fly?” It was cold, and I was impatiently waiting.

“Two-thirty is when they fly, always,” Dee spoke over the wind.

The pond in front of us was nearly frozen, and the mechanical duck’s spinning wings above my head were making a squeaking noise.

“Hey, I can’t open the breech on my gun.”  Dee was pulling hard on the bolt of his ancient humpback Browning.  It was the oldest gun I’ve ever seen.

“It’s lucky!  I like this gun,”  Dee answered defiantly.  We had 14 duck decoys and one goose decoy arranged in an inviting crescent. I had counted them several times out of boredom.  The wind was cold and persistent.  Dee struggled to light a cigarette; he needed a break from trying to open the breech on his rusty A5.

“I can’t remember if I loaded it.” Dee was a huddled mound, and he spoke over his cigarette, his shotgun on his lap.

“Why don’t you pull the trigger and find out?”  I responded.

“Hell no!  And waste my shot?  I won’t be able to reload it; then, I’ll have nothing when the ducks come,” Dee said knowingly.

“You say that like it’s happened before,” I said.

“One shot, one duck, then no reload,” said Dee while he lit another cigarette.

“When will the ducks fly?” I was bored.

“Three-fifteen. They always fly at 3:15 on the dot.”  Dee waved his cigarette over the decoys.

“It’s freaking freezing; I don’t think I’ve ever been so cold.”  I shivered.

“Ducks love the cold. We just need one duck to fly over; then they’ll all come,”  Dee grumbled.

“How are you going to get that ol’ gun open?”  I wondered.

“I’ll hit the lever with a rubber mallet I got in the truck,” Dee said.

“We better not,” Dee sounded sure.

“You can stay out with your broken-ass gun, but I’m packing up.”  I craved the warmth of the truck. Dee reluctantly helped pack up; it was the last afternoon of the season, and we were bummed.

Back at the truck, we piled our stuff in the bed.

“A whole season, and I didn’t use one shell from the box.” Dee threw his box of bismuth shells.

“Then your gun was empty! You sat out there with a broken, empty gun!”  I laughed.

Just then, we heard a rude fanfare of honking.  Five hundred yards away, a massive flock of Canada geese flew over the spot where our blind was.

“Yup, geese fly at four.” Dee pointed at the geese with his cigarette; orange light reflected off their wings. “But I’m not here for the goose hunting.”