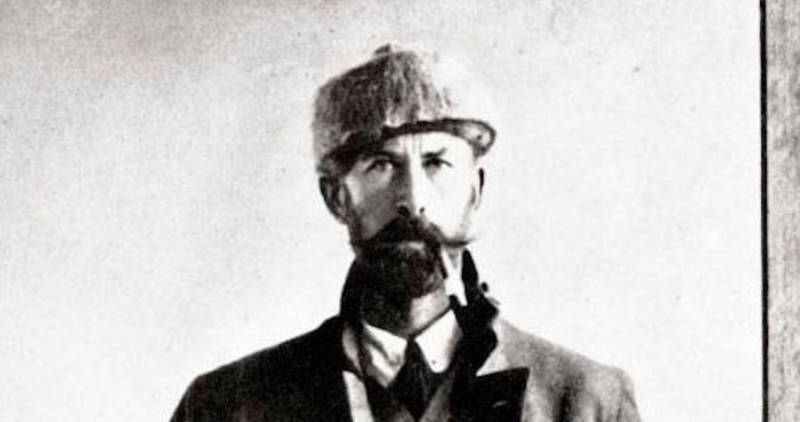 Col. Percy Harrison Fawcett explored the unexplorable, shot and killed the longest anaconda ever recorded, served in the British Secret Service, and died looking for a nonexistent city.

The latter is used by educated women to prove that men would rather die than ask for directions.

Even if the directions are to a place that never existed in the first place.

Fawcett was born in 1867 in Torquay, England into a family of explorers. His father Boyd was a fellow of the Royal Geographical Society.  His older brother Edward was an accomplished mountain climber (he was also an Eastern occultist but that’s another story).  Opting not to follow in his brother’s footsteps by climbing mountains or dabbling in all powers associated with the devil, Fawcett took a commission to the Royal Artillery in 1886.  He married Nina Agnes Paterson in 1901 and together they had two sons.  Also in 1901 Fawcett joined the Royal Geographical Society in order to study surveying and mapping.  He practiced these skills while serving in the British Secret Service in North Africa shortly thereafter.  Sometime during this period Fawcett became friends with writers H. Rider Haggard and Arthur Conan Doyle.  Mr. Doyle turned out to be the crappier friend of the two as he basically stole most of Fawcett’s life story as the basis for his novel The Lost World.

At the age of 39, Fawcett said “later” to the wife and kids and headed to Amazonia to map the border of Brazil in Bolivia for the Royal Geographical Society. Less than a year into his expedition he and his party shot to death a snake of enormous proportions. Fawcett wrote about the world’s best snake hunt,

“We stepped ashore and approached the reptile with caution. It was out of action, but shivers ran up and down the body like puffs of wind on a mountain tarn. As far as it was possible to measure, a length of forty-five feet lay out of the water, and seventeen feet in it, making a total length of sixty-two feet. Its body was not thick for such a colossal length – not more than twelve inches in diameter – but it had probably been long without food. I tried to cut a piece out of the skin, but the beast was by no means dead and the sudden upheavals rather scared us. A penetrating foetid odour emanated from the snake, probably its breath, which is believed to have a stupefying effect, first attracting and later paralyzing its prey. Everything about this snake was repulsive.”

The Royal Geographical Society and science in general called this encounter a crock which is odd considering they believed pretty much everything else he discovered and / or reported.

Despite this slam over his snake story, Fawcett was sent by the RGS and other parties six more times to explore the jungles of Brazil following this first expedition. During one trip he reported seeing a dog with two noses. Science believed this and today the dogs are known as Double-nosed Andean tiger hounds. Still none of those uptights back in Europe believed his snake story.

Fawcett took time out from exploring the jungles of South America to fight in World War I despite the fact that he was almost 50 years old.

In 1925 he returned to Brazil, this time taking his oldest son Jack and his friend Raleigh Rimell, to search the jungle for a lost city he’d heard about during his earlier trips. Fawcett’s last written report while searching for the Lost City of Z came in the form of a letter sent to his wife from, believe it or not, Dead Horse Camp.

Some believe Fawcett and his party were killed by hostile natives.  Others believe that they succumbed to starvation and/or disease. Still others believe he made himself king of a tribe of cannibals that had never seen a White man before.

To date, more than 100 people have died looking for Fawcett’s remains.

The Lost City of Z has never been found.