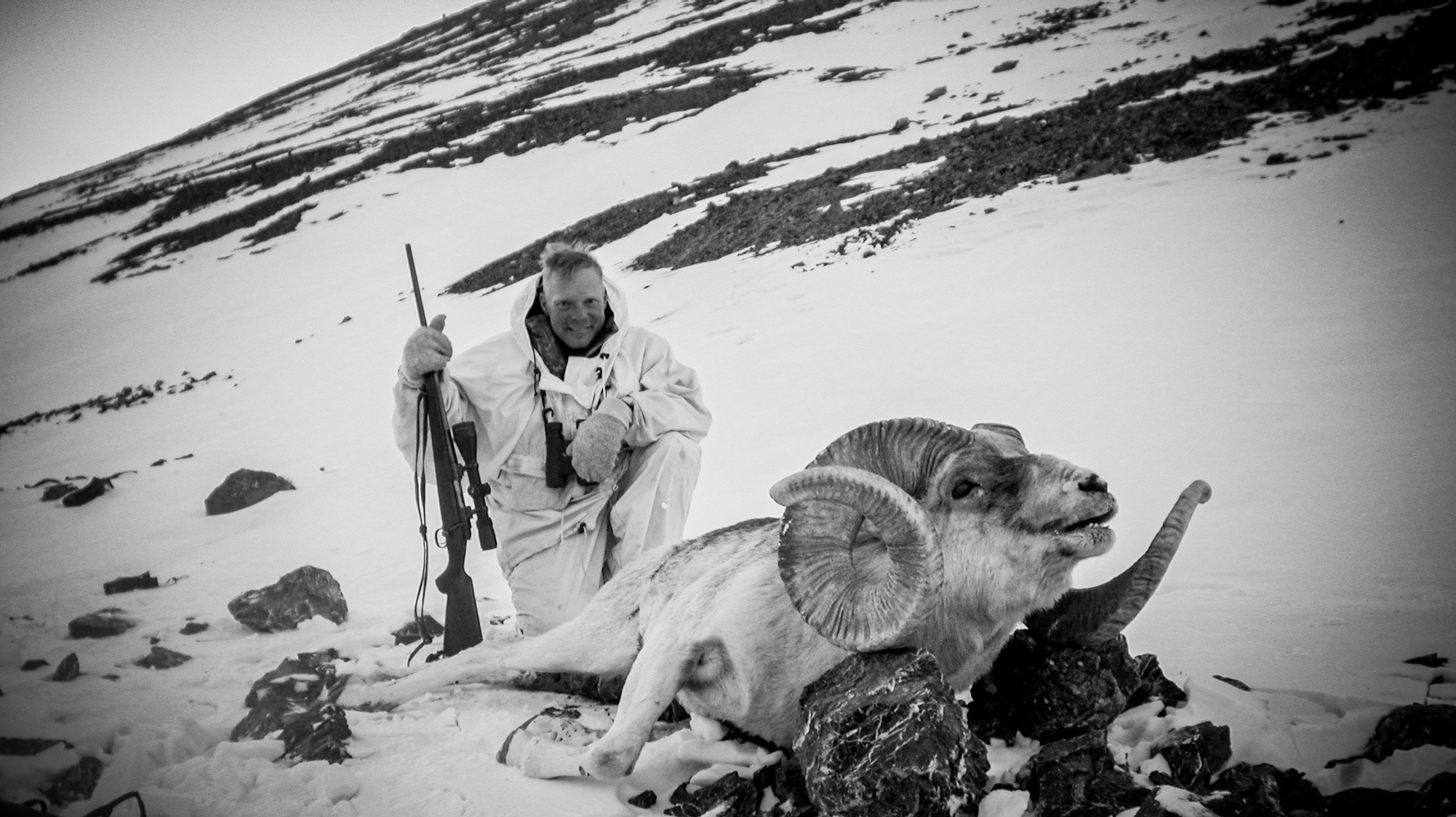 We started crawling just as a pale sun tipped over the eastern ridge. An impossible expanse of bare frozen snow lay ahead of us, no cover until we were almost there, so no choice.

Called the “roof of the world,” the Pamirs of eastern Tajikistan are an unusual range, broad, high, alluvial valleys, often little difference in elevation between tops and bottoms. On the valley floors sparse grass pokes through the snow; up in the rocks, nothing grows. Longest-horned of all wild sheep, the Marco Polo argali is legendary, but the real secret: In November, when the rut is on and numbers have moved in from China, there are more wild sheep than one might see elsewhere in a lifetime.

At dawn we’d climbed to the divide between two valleys and set up the spotting scopes. As light grew, lines of sheep started moving up. At night they’d come down from the rocks to graze, moving back up to bed for the day, more like migrating caribou than wild sheep. As the light grew, we glassed two rams far down the valley, the larger deep-curled and heavy. They vanished into a cut behind a steep knoll, then reappeared and we watched them bed up on the bare slope of the next ridge. Perfect. Wind fine, we had all day. If we could just get to the base of that rocky hill, we could stroll right up and should have a shot.

Small problem: That enticing rockpile was two miles away. In snow camo, we started to crawl. Nobody knows exactly how far a wild sheep can pick up movement, and on this day we preferred not to give vision tests! So, we crawled, through snow, over rocks, rams in distant view, not getting much closer.

No doubt, I wanted that big ram. Nobody goes back for seconds on Marco Polo; too high, too cold, too costly. Four years earlier, same camp, same guides. I fought altitude sickness, struggled through the motions, and finally got a nice old ram. This time I needed to do it right.

More crawling, painful now. Marine infantrymen know how to crawl. Aging infantry officers lost the knack. Neck aching, knees and elbows abraded through four layers. Frequent stops to lie in soft snow and stretch; occasional stops to lie on my side, fumble through clothes to take a leak.

At two in the afternoon we reached the blessed lee of that knoll. Stiff and sore, we stood up for the first time in six hours. More stretching and now stamping. Up the hill, marvelous to climb upright! Near the crest, we pitched up behind some rocks, snuck a peek. Rams still there, bedded tight. Except: They were still 700 yards away. I was horrified. My Tajiks were grinning; Attabek and his team knew their sheep. From behind cover, they signed to the sun, then the rams. I got it: When the sun got low, the rams would come down.

It was freezing cold now, temperature falling fast, deadly calm. We waited for an hour, me trying to stave off the shivers. Then we waited some more. When the sun dipped over a western ridge the two rams got up, as if on command … and started down to us, straight as a string.

The cut was just above us; the shot must come before they dropped into it. And that’s exactly what happened: Ten hours after first spotting these rams, we got the shot at 350 yards. A wonderful old ram, deep-curled, carrying the mass. This time, done right!