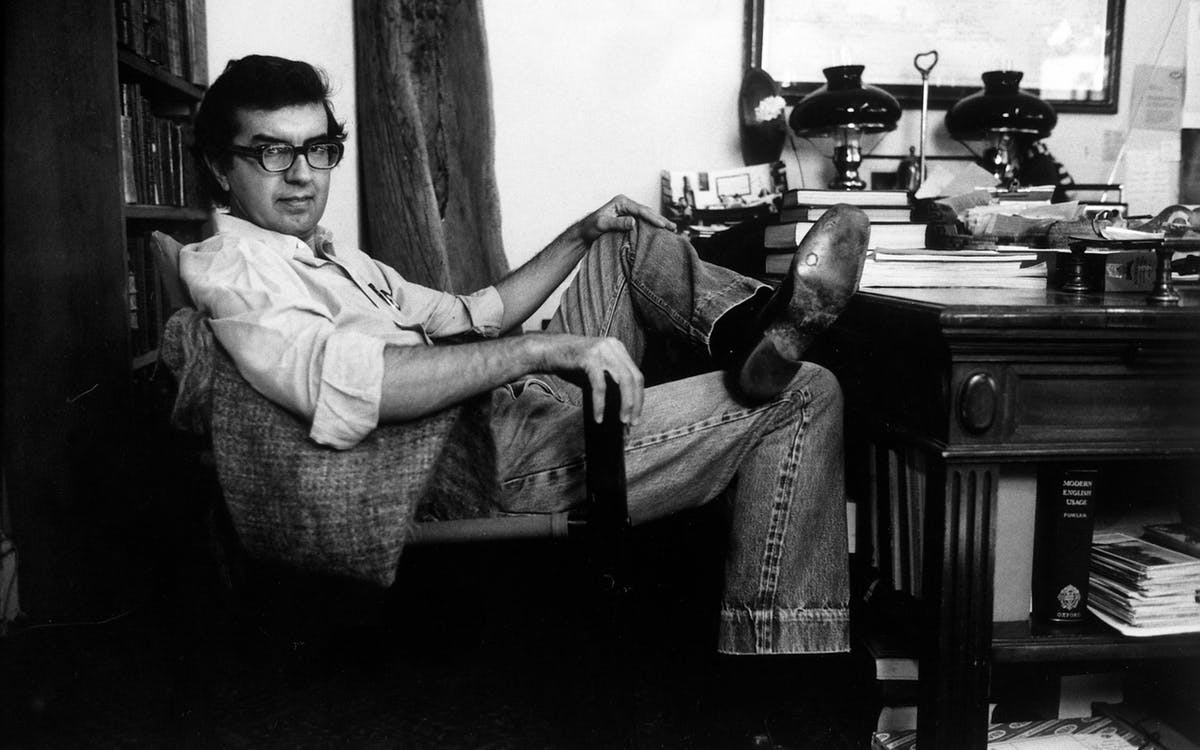 Larry McMurtry was a novelist, essayist, editor, screenwriter, and bookseller. His novel Lonesome Dove was awarded the Pulitzer Prize for Fiction in 1986, he won an Academy Award for Best Adapted Screenplay for Brokeback Mountain in 2006, and was presented a National Humanities Medal in 2014 by President Barak Obama. McMurtry, long considered the Novelist of the American West, died of heart failure on March 25, 2021.

McMurtry was also my mentor.

I fell in love with his books when I consumed The Last Picture Show early in high school after catching the film adaption on cable TV. I not only loved the book far more than the film, but something about the characters and the story resonated in me. I later realized it was the book as a whole and the writing in particular that meant so much to me. I saw myself in so much of the book and in the storytelling that it kindled the idea in me that I too could be a writer. I began writing, at first trying to emulate McMurtry but then trying more or less to put onto paper my own words.

I soon discovered this is far harder than it sounds.

Still, I kept at it and while doing so read almost everything McMurtry had written. I saw myself again in his novels Horseman, Pass By, All My Friends Are Going to Be Strangers, and Texasville. Reading Lonesome Dove and Streets of Laredo got me even more interested in my Texas heritage. And it was during such that I discovered I had a family connection to McMurtry. I wrote him such years later. I began the letter, “The way I heard the story, your parents bought my great-grandparents’ house in Archer City [Texas].” I then went on to detail my admiration of his work, how it greatly influenced my life’s ambitions, and how I had just completed my first attempt at a novel.

I received a handwritten letter from Mr. McMurtry only a few days later. It began, “My parents owned Mr. Wilson’s house about 3 years in the late 1910s – the roof fell in + they grew delusional + sold it.” The letter continued with the offer to read my novel. I sent my unpublished manuscript and received it back only a few days later with a page full of notes. McMurtry offered that the novel contained, “…some witty observation, some believable local color and dialogue but no one character we can invest our sympathies in.”

I took all of the aforementioned as a compliment.

Even the part about the more or less unlikeable character even though the main lead was based on me.

McMurtry continued by saying that I had promise and to keep trying. “If you enjoy writing, try again. Many, indeed, most first novels don’t quite work.”

Mr. McMurtry and I sent a few more letters back and forth but I never did send him a note concerning another coincidence that we shared through family.

My great-grandparents, the ones his family bought a house from, died when they ran into a mule outside Archer City coming home from their 50th wedding anniversary. The mule came over the hood, through the windshield, and into the front seat where it crushed them both. Many decades later, in 1991, Mr. McMurtry hit a Holstein cow in a rented Lincoln just outside of Archer City. Although the accident didn’t crush or kill him, it did bring on a massive heart attack that forever changed his mental attitude toward life and his writing.

Clocking mules and cows on the highway – sounds like something out of a McMurtry novel.

And it sounds like the life we shared from so far apart.

Attacked by a Crocodile