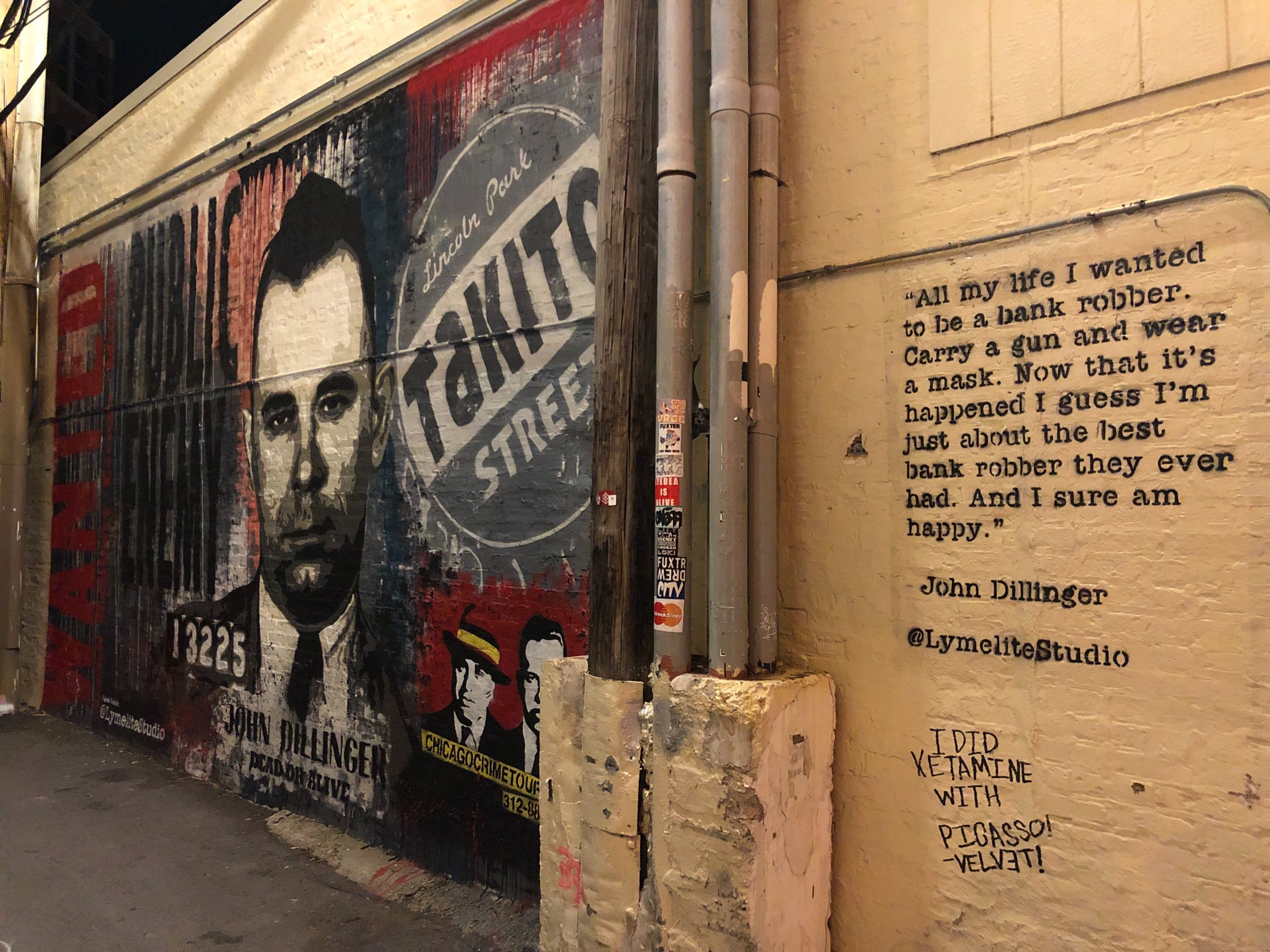 John Dillinger was Public Enemy No. 1.

He was said to like fine clothes and fast cars, whiskey, and good-looking dames.

He lived fast and died young having been shot by authorities at age 31 outside the Biograph Theater in Chicago, Illinois on July 22, 1934.

Dillinger’s last words were, supposedly, “You got me!”

Stephens told the Evansville Courier & Press earlier this month that she was sitting in the Trading Post in Newburgh, Indiana – the antique store she owned with her husband – in 1985 when a well-dressed man in his early 80’s entered. The man told Stephens, “I thought you might like to have this. I don’t think I’m gonna need it anymore,” then handed her a .32 caliber Colt pocket gun. Stephens briefly looked the pistol over then she and the man, who reluctantly gave his name “Wilson or Walker,” agreed on a price. Once the transaction was complete, the man sat down and proceeded to talk Stephens’ ear off for the next six hours. “He kept saying, ‘I really ought to go and get out of your hair.’ But he kept talking. I think he was wanting me to look and see what was on the gun.”

The man finally left, and Stephens finally took a good look at the pistol only to see it engraved with, “John Dillinger 4 12 1929.”

“I think he wanted to tell me who he was, but he didn’t know if I’d scream, shoot him or call the police,” Stephens explained after the fact. “Because it was John Dillinger.”

Again, according to the US Government, Dillinger was shot and killed on July 22, 1934.

The article The Top Ten Dillinger Myths: The Year of the Gangster, Part 3 on the FBI’s Website states, “A wealth of information supports Dillinger’s demise. Special Agents M. Chaffetz and Earle Richmond, for example, took two sets of fingerprints from the body outside the Biograph Theater, and both were a positive match. Another set taken during the autopsy was also a match.”

Trying to prove that the pistol is legit, Stephens reached out to the now-defunct Dillinger Museum in Brown County. The owner wrote to Stephens of the gun, “It always seemed to me that Dillinger would not have his name on a weapon, for obvious reasons. If you don’t have supporting documentation for the gun, then it’s probably worth less than other .32 Colts, due to the defacing. I know this isn’t what you want to hear, but facts are facts!!”

Undeterred, Stephens reached out to the ATF for assistance. “They copied everything on it. And the next time they came back, they said they searched places I couldn’t search,” Stephens said. “And they said, ‘we’re 99.99-to-the-infinity (percent) that it’s his gun.”

ATF spokeswoman April Langwell told the Courier & Press Stephens’ account isn’t true and that, the ATF can’t determine the owner of a five-decade-old pistol based on the serial number alone.

Again, Stephens doesn’t care. She’s sure the gun was Dillinger’s.

Because of this she’s never fired it and keeps it locked away in an undisclosed location. Stephens said the pistol’s, “a piece of history. He fired the last shot as far as I’m concerned. We’ll keep it that way.”