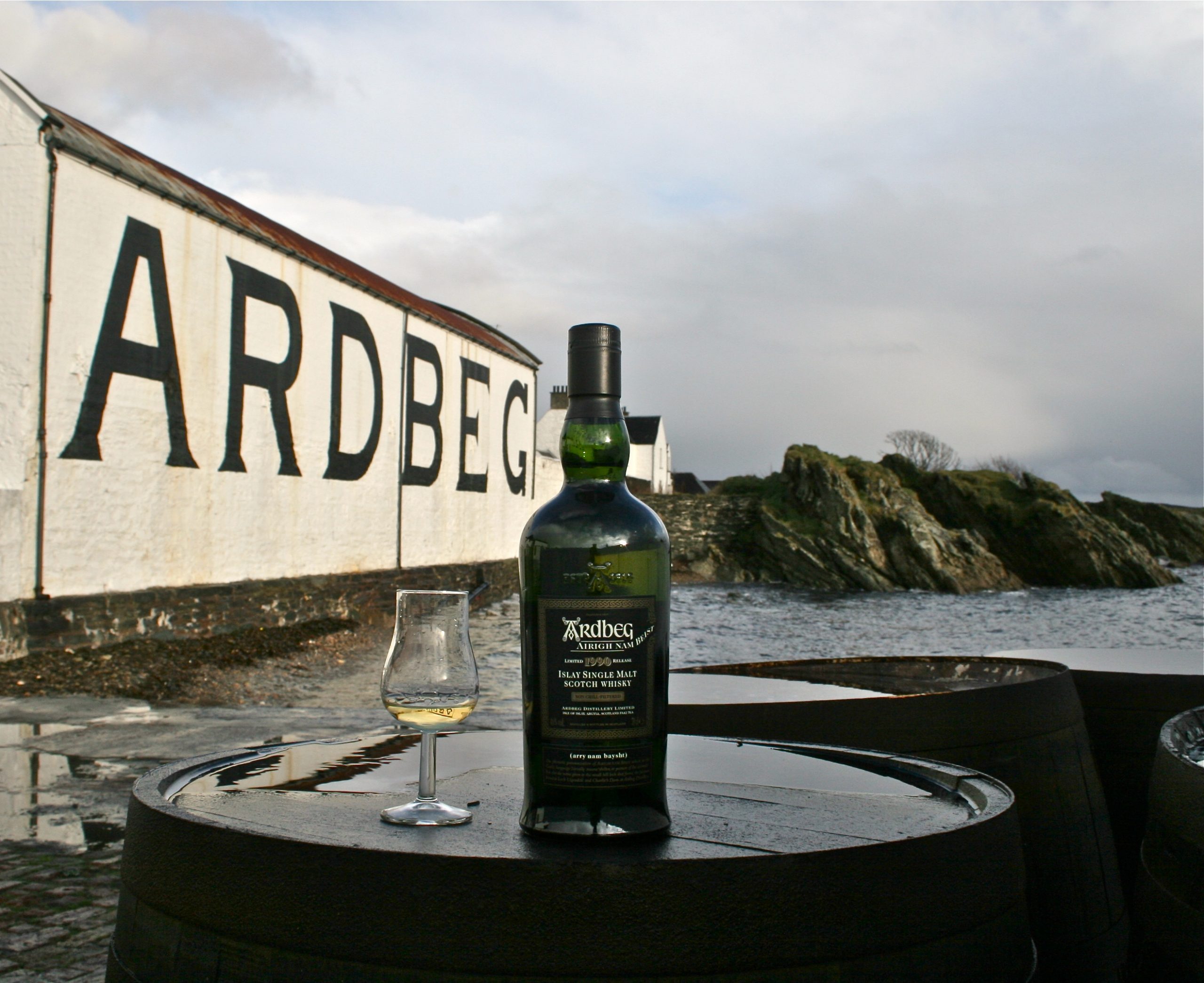 First, let’s get one thing out of the way–it’s pronounced “EYE-Lah.” Not “IS-lay,” as one jerkwater bartender at a five-star watering hole tried to impress me by saying. But then, you can’t really blame him I guess, because Islay is a Gaelic word, where nothing is pronounced the way it’s spelled. Just try reading the dual-language road signs in Scotland. But if you like smoky single malt Scotch whiskies, Islay is a word to know how to pronounce correctly, because it’s the name of the wayward, windswept island off the rugged southwestern coast of Scotland that produces some of the smokiest single malt whiskies ever distilled. And there’s a reason for that.

Islay is mostly composed of peat–fossilized turf from plants that died centuries ago. So much peat, in fact, that it turns the island’s churning river waters brown. Same for the faucet water in your hotel room, which also faintly smells of smoke. Which means that even after a hot shower, you may be clean but you’ll have the subtle body odor of someone who’s been sitting by a campfire all night. Such is life on Islay, land of perpetual peat, which oddly enough, is an endangered species on the Scottish mainland. And now, because of the constant demand for smoky single malts, there is talk of Islay actually (gulp!) running out of peat in a few more years.

Although folks on Islay have used it for warmth and for cooking in years past (and some still do), peat has traditionally been used for drying the malted barley that will eventually become a part of the mash that is distilled to make whisky. That is the reason Islay single malts are so smoky. But “smoky” is a relative term, because the amount of time that peat is burned to smoke and dry the malted barley can be regulated. More time, more smoke. Less time, less smoke. There was a time when all of the Islay distilleries did their own in-house peat drying of their barley, but today the majority of Islay whisky makers have part or all of their malted barley peated by the island’s Port Ellen Maltings, where they are able to pre-order the amount of smoke they want to permeate their malted barley.

So obviously, not all Islay single malts will pour with the same amount of smoky intensity. The real heavy hitters are Laphroaig, which delivers a tsunami of smoke with an undercurrent of iodine due to the proximity of salty brine from the waves of the nearby bay, which actually crash against the warehouse walls during high tide or inclement weather. Ardbeg–especially their 10 Year Old and their Corryvreckan–also thunder forth with enough smoke to envelope the heartiest palates, while Bruichladdich–especially any of their limited edition Octomore releases–claims to be the smokiest whisky on Islay. You decide. But if you’d rather enjoy your Islay whisky in a relatively smoke-free zone, try a dram of Bowmore or Bunnahabhain. They’re much gentler.

Of course, you don’t have to drink any of these Islay whiskies straight. Try some in cocktails. Ever had a smoky martini? Half an ounce of an Islay dram will do it, although I’ve found they work better in vodka than gin. But you’ll be missing out on some of the most individual whiskies Scotland has if you don’t try an Islay whisky in a snifter–maybe with a single ice cube, nothing else–except perhaps a cigar.