In the Midst of Death, We are in Fish 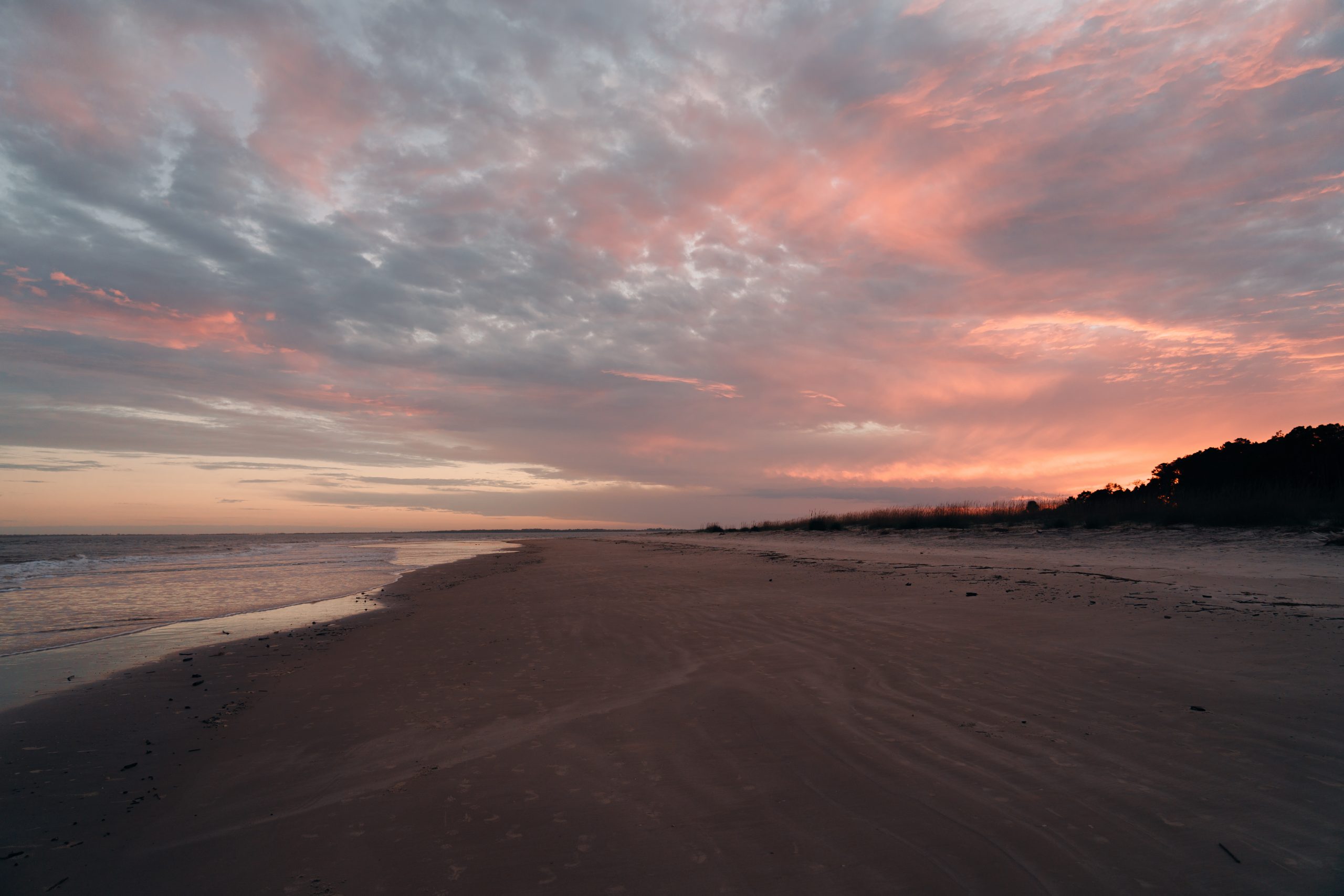 When Miss Louella passed we put her in the ground at the Mary Dunn Cemetery alongside her kin, the Fripps, the Smiths and the Burns.  She was the youngest child of Pappy Burn, the keeper of the Bloody Point Light.  Pappy retired in 1927, made wine thereafter, taught Sunday school and was magistrate, liberally dispensing pithy witticisms to any who would listen. Pappy said never call it a good day before the sun goes down and we don’t.  He said it’s hard to catch fish after Christmas but we still try.  He told the governor he wouldn’t trade a teaspoon of Daufuskie Island for the rest of the whole damn state of South Carolina and we wouldn’t.  He was also the first of many men to get me drunk, but that’s a whole ‘nuther story.

Mary Dunn Cemetery is a lonesome spot on a lonesome dead-end road on a lonesome little island, 14 miles from the nearest traffic light, no bridge, no yoga, no yogurt, no problem and all the fast food has horns, fins or feathers.  The preacher mumbled a few final words, the coffin went into grave and the ropes rattled back up to the land of the living.  Then we did what we always do, family and friends taking turns with the shovels, even the children lending a hand, and pretty soon Miss Louella was in the ground.

Funerals seem to make folks hungry and some have come a long way,  Savannah, Charleston, maybe even D.C., so we faithful gathered at a relative’s house on the river for fried chicken, deviled eggs, sandwiches and funeral cake– you know that white cake from the box with the white icing from a jar that might give a possum pause but not quite.  Miss Louella was Baptist so there was sweet tea but no beer.  As funerals seem to make some folks thirsty too and being any number of wet Baptists among us, somebody brought a jug of Old Tanglefoot, fetched it from beneath a pickup seat and discreetly but generously passed it around in the dappled shade.  Thus fortified, we gathered at the table for another round of sanctification.

Most know better than having a long-winded Baptist preacher say the table blessing, lest the gravy set up and the rice petrify.  But this was cold chicken, cold eggs and cold sandwiches and it was too early for the blowflies so we waited as patiently as we could.  “… and furthermore, O Lord ….”

Fifty or 60 strong, lines three-deep around the table, I noticed the rear rank was distracted by doings in the river.  Quick digression:  There are no rocks on Daufuskie. From an Indian arrowhead, to a mere pebble, to an old ship’s ballast stone, if you see a rock on Daufuskie, somebody brought it here by boat.  And here, large granite boulders lay along the riverbank to slow up erosion steadily gnawing away at the front yard.  And upon those boulders, upon the barnacles, seaweed and little crustaceans, a school of black drum was feeding, 15 or 20 strong.

Black drum, or puppy drum as we call the juveniles, officially Pogonias cromis, can easily top 100 pounds.  These looked about half that, but still, big enough where you’d nail the tails to dock decking and scale them with a garden hoe as scales big as poker chips go flying.  The slab filets are tender and fine, but a bit dry, so you dredge them in flour and beaten eggs, fry them crisp and make a pepper gravy with the drizzlings.  You serve over steamed rice and you never ask a preacher for the table blessing.

So I spent the next hour in polite conversation, one eye on the river, of course.  The drum munched steadily away, moving from rock to rock, in no great hurry, it seemed.  The crowd thinned, drifted away by twos and threes.  I went home and rigged a rod, 36-lb. braided Dacron with a wire leader and 4/0 hook, broke out a pack of bait shrimp, set them in the evening sun to thaw.  I’d give the last of the mourners another hour to clear out.