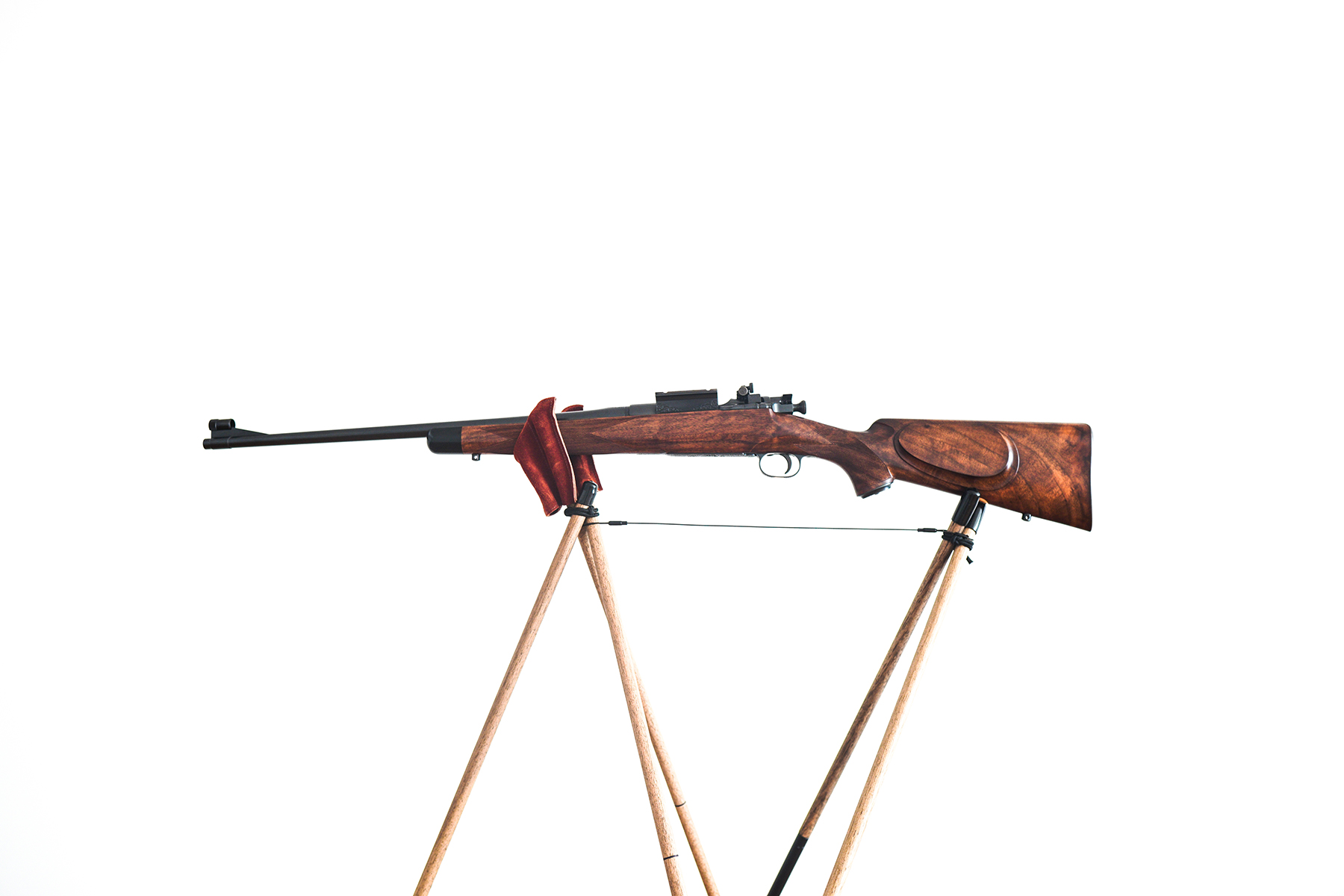 But this is my fault. I dread the field scenarios where shooting sticks are required because I NEVER practice with them and for some reason, I blame the contraptions if I miss a shot when I set them up.

Every year I swear to myself that I’ll practice on the sticks and every year I cuss myself when my adrenaline is high and I’m trying to steady my rifle on something that others have been successful with for well over a hundred years. Probably because they actually DID practice.

Recently African Sporting Creations sent me a set of their top-end shooting sticks. They’re wood so they’re not noisy. They’re relatively trim so weight isn’t really an issue. They’re quick to deploy. They have a rear support so getting steady isn’t as much of a problem.

I’m running out of excuses to hate these things.

I should still practice.

But I probably won’t.

Jim, the owner of African Sporting Creations, has quickly become a favorite friend to chat with on the phone. I’ve met him a few times, but it wasn’t until recently that I realized what a wealth of knowledge he is on safari hunting products. I probably should’ve assumed since he’s been outfitting safari hunters successfully for 2 decades.

Anyway, Jim swears by his safari sticks. And he should for what they cost. But as with any gear, buy once/cry once really does minimize headaches in the field. He says his average customer goes through 6 sets of shooting sticks before they settle on his as their go-to.

How he knows this info, I have no clue. But I trust him.

Maybe he asks each customer who calls.

African Sporting Creations’ top-end sticks cost just under $500 bucks. But that’s cheaper than buying 6 sets before realizing you need a $500 set. Plus, they have a lifetime warranty and I’ve backed over my own gear in my truck.

I threw these up in the office and went through a few drills.

But I haven’t really practiced.

I’m just going to use the best.

Check out African Sporting Creations when you have time to get sucked into the rabbit hole of really cool safari gear and Courteney Boots. They have cheaper shooting sticks that are made to the same high standard and carry the same lifetime warranty. I think Jim just knows I need the extra help.