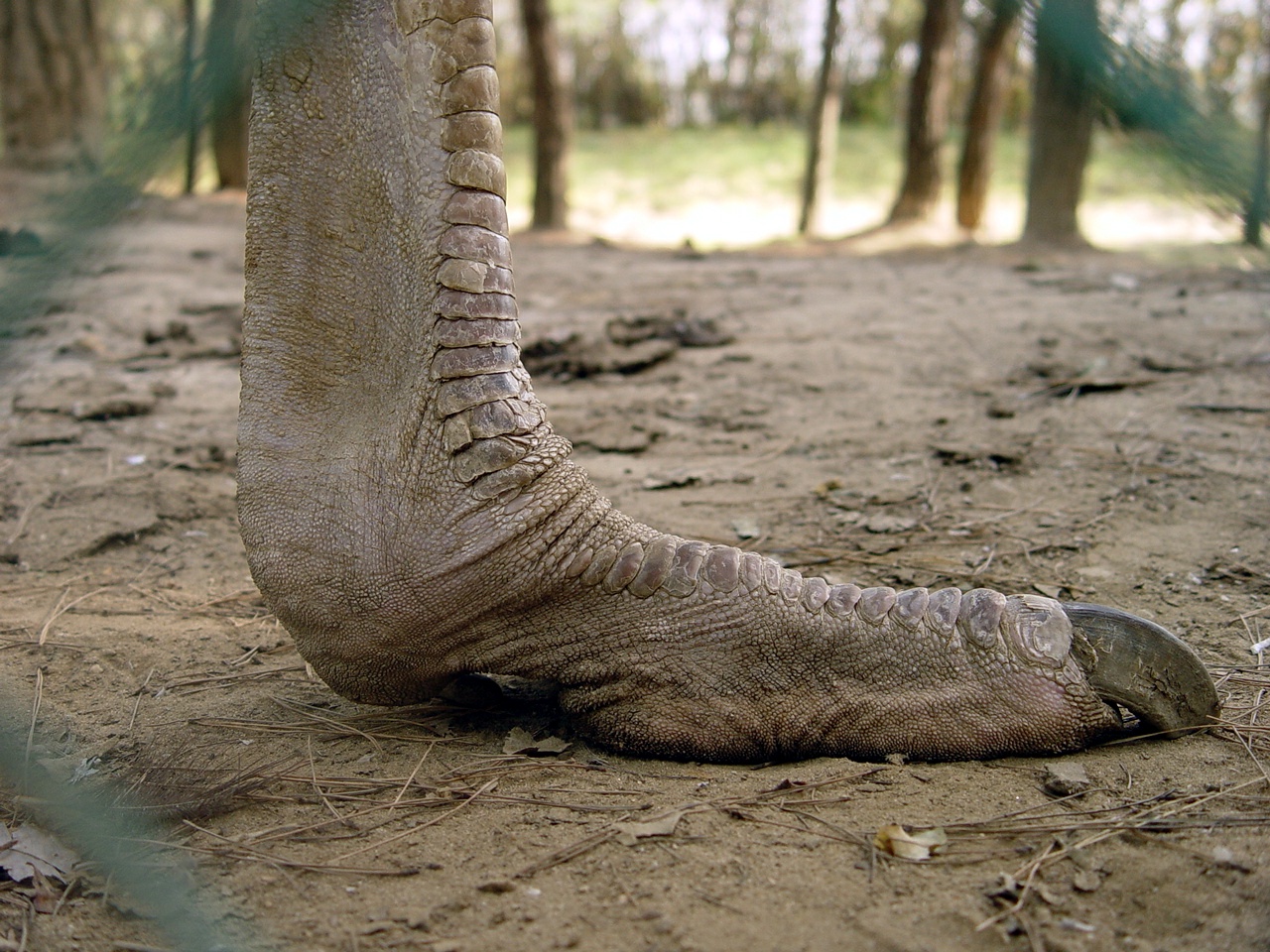 Let’s get a couple of things out of the way: Ostrich is a bona fide game bird that has been hunted for centuries by tribesmen with spears. They’d use hollowed out carcasses or feathered pelts to sneak up on them. Adventurous white hunters were also known to hunt them over Africa’s vast plains. Ernest Hemingway was described as “battling” ostriches, and if that’s not enough for you, ol’ Teddy Roosevelt shot two.

Ostrich hunting opportunities are listed on almost every African safari and can be done year-round with minimal restrictions. Rates range from under a thousand to pushing 4Gs.

Like the well-known rooster pheasant of America’s Midwest, typically only male ostriches with their black bodies and accented white wings and tails are hunted. They also perform elaborate courtship dances just like prairie chickens, sharptails and sage grouse.

The ostrich is the planet’s largest living bird. Standing on stilt-like legs, with a long thin neck, this giant, flightless bird can measure up to 9 feet tall and weigh 320lbs.

That’s a lot of meat folks.

Those who think ostrich hunting is easy peasy…think again. Ostriches can be aggressive; they possess very sharp claws that can disembowel a man. Maybe even a woman. They also kick like a horse, have excellent eyesight and hearing and are likely to run farther than Forrest Gump if spooked … at 43mph. Not 42, not 44. But 43.

The aim point on Africa’s version of Big Bird is dead center on the body using a large-caliber rifle. Multiple shots are common. If you’re a meat hunter or wingshooting traditionalist, then a 12 ga. 3 or 3½-inch buckshot load to the head or neck will drop one quick.

Meat from an ostrich is mostly taken from the upper legs and neck and is described as “deeelicious.” The USDA classifies ostrich as poultry, but it doesn’t taste like chicken; its red meat is more like beef, so think big juicy steaks. After putting aside the choice cuts during field dressing, the question to ask is what to do with the rest of the ostrich. I’d go with an exotic gun case, a field jacket and a handbag for my wife.

As a self-described bird hunting aficionado, I’ve convinced myself that hunting the big O is indeed very sporting, attainable, and could very well be the ultimate gamebird. So the next time the FE crew travels to the Dark Continent, I’m hitching a ride there but parting ways to hunt ostrich.