How Pheasants Came To Kansas 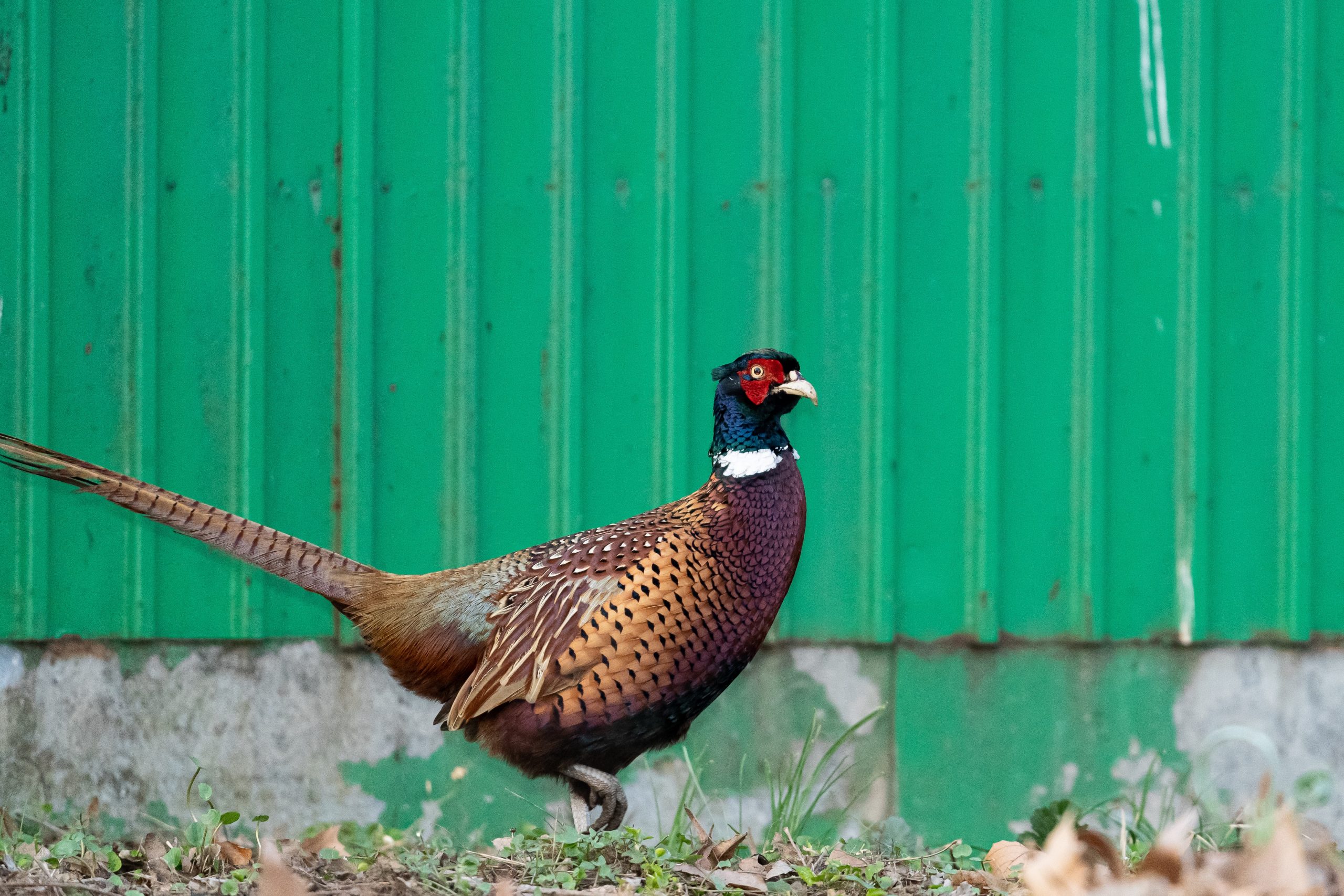 It’s 1917, one week before Christmas. Farmers and townsfolk have been working hard since winter set in. Men and boys have taken to the fields to hunt for bobwhite quail and prairie chickens. The men have been instructed to bring back a brace of bobs and or a string of chickens to accompany the Christmas ham. Those fortunate to have a mutt that did double duty as a bird dog would likely shoot more.

Grandfathers in overalls, fathers and sons wearing barn coats, toting whatever shotguns were available, would walk wheat stubble fields in the hopes for a flush. Suddenly, a loud, unfamiliar cackle pierces the air. The men are startled! Bursting into the air is a magnificent multi-colored bird with an explosion of colors. The father instantly shoulders his farm gun and fires. The blue sky serves as a backdrop only for a moment. The strange bird falls.

The curious men gather around the lifeless body, its long tail jettisoned upward from the stubble. Grandfather says: “I’ve heard stories of these birds from men in town. They came from across the ocean 10 years ago. It’s sort of like a wild chicken.”

The bird is bagged, and the men walk off talking about the feast that it will provide for the family. “Mother will be pleased.” says father.

“I don’t know boy but take a gander at that bright white ring around its neck and the long tail. They’ll be easy to spot in the air if we come across more of ‘em.”

The family group of men continue to walk in search of quail, but instead they flush three more ring-necked birds! More shots are fired. Two birds fall, and the lone survivor violently flies until it becomes a blur. One of the foreign birds is noticeably larger. Its tail is a few inches longer and its spurs are sharp and pointed … similar to a turkey, but smaller. The father declares that more food has been added to the table. They set off to locate what they came after … bobwhite quail.

What they do not know is that both birds will become coveted by hunters. Unbeknownst to them, they will develop a love/hate relationship with the clown trickster of the plains.

Once that first pheasant was downed by a hunter, murmurs probably swept through the state like a prairie wildfire. It would probably be years before anyone knew the pheasant came to America by way of cargo ships in 1881 when six dozen or so of the birds were brought over from China and released in Oregon. Owen Denny had a vision to introduce this Asian fowl across the country as a new staple for upland game hunters.

In the early years, pheasants were released in almost every state of the union. The pheasants flourished and soon seasons opened and hunters took to the fields in droves.

Pheasants were introduced to Kansas in 1906, when 3000 of them made their way via freight train and were released across 84 counties. The birds took to the land and adapted quickly. The agricultural landscape proved well-suited for pheasants, as its vast grasslands offered cover for nesting while the state’s grain crops provided ample food.

A decade later, Kansas held its first pheasant hunting season which opened statewide. Bird hunters had from Dec. 1 to Dec. 15th in 1917 to shoot pheasants. From 1921 to 1931 the season was closed to allow the pheasant population to increase. A year later Kansas allowed limited hunting.

Over the next five decades, seasons were gradually loosened as pheasant numbers increased. A regular hunting season was enacted in 1982. Pheasant hunters waited for the season to open on the second Saturday in November, which ran through January 31. A bag limit of four cocks per day was allowed. Kansas quickly became one of the nation’s leaders in pheasants harvested. In 2006, the pheasant opener was changed to the first Saturday in November to compete with states that had earlier opening dates.

Since the pheasant’s inception into Kansas, the state has become a powerhouse when it comes to pheasant hunting, although numbers fluctuate yearly based on weather conditions and habitat quality. What Kansas does better than any other state is the high number of acres enrolled in the state’s Walk-In Hunting Access program that allows some public access onto private land. It boasts over 1.1 million available acres to bird hunters.