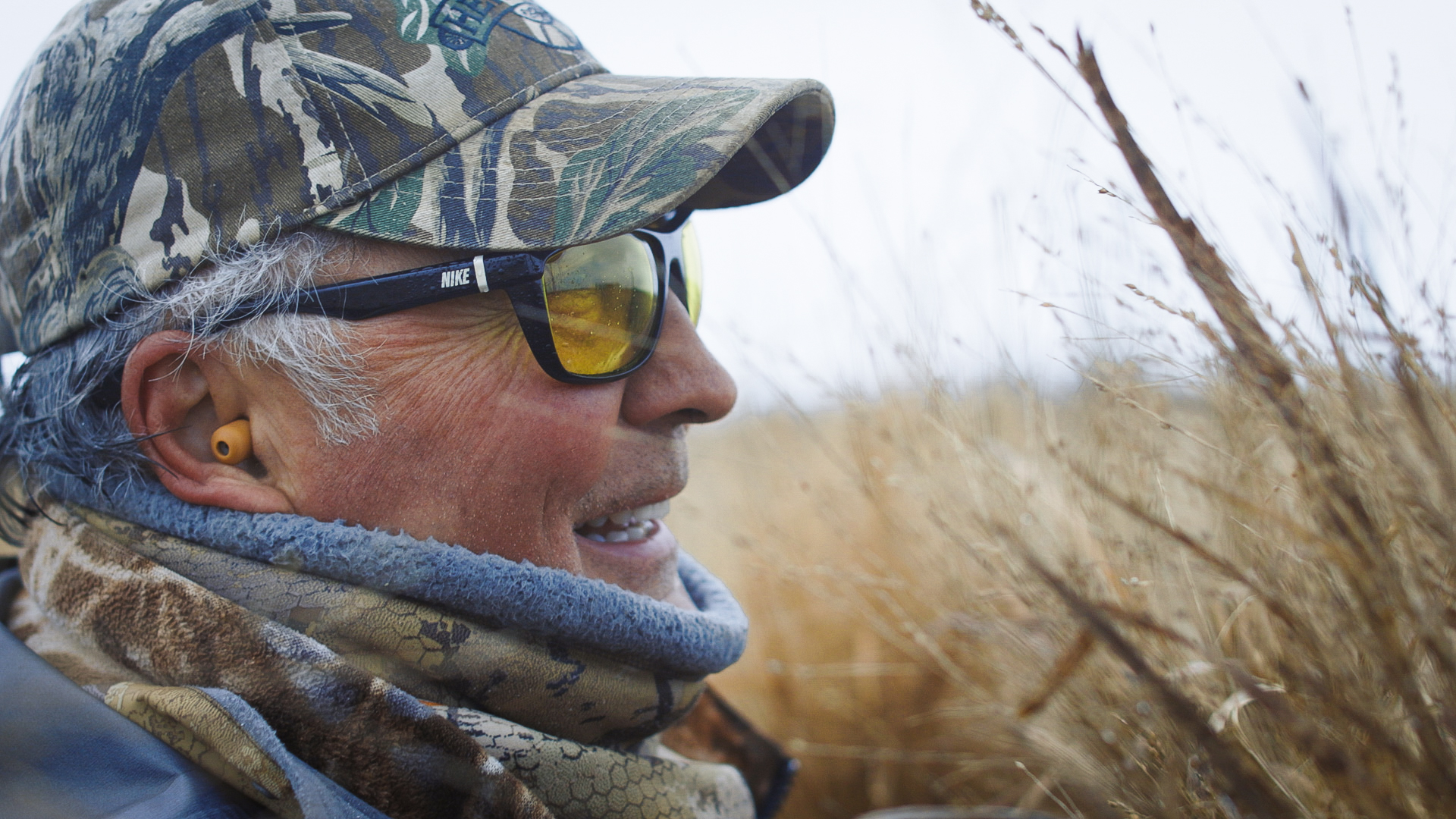 We had to have been raining steel shot on the $35 million Abercrombie Mansion. This might not have been how Colin envisioned his first New York duck hunt, but hell, none of us knew what to expect when Dave invited us to waterfowl hunt in one of the most expensive zip codes on earth…The Hamptons.

Phil Gay is a salty bastard. There’s really no better way to say it. He’s been guiding ducks in Bridgehampton, New York for 40 years and he is everything you’d expect from a tried-and-true waterfowler who’s stood the test of time. He will shame you if you miss, he will curse at you if you make a smart-ass comment, and he’ll throw you out of the blind if you have a safety violation.

We sat down in a hay bale duck blind on the edge of a cut cornfield surrounded by mansions. Phil had brushed the blind in so perfectly with dead corn stalks that a man couldn’t find the hideout without Phil unless he tripped on it. In fact, the billionaire neighbors surrounding the field have probably been trying to locate Phil for years to give him a piece of their mind about the muffled shotgun pops ruining their morning vibe as they sip $200 per pound exotic cat shit coffee. I imagine that’s what these neighbors drink with breakfast, but it could be closer to $100 per pound.

The weather was off and on during our hunt. The birds would fly when it snowed, and they’d stay on the water when it cleared. They’d fly again during the sleet and then disappear when the wind died. It was like that all day as we managed to kill a few singles and doubles when the weather brought birds.

As we joked around between volleys, I couldn’t help but think about how accessible Phil’s operation is for the residents of The Hamptons. For $250 a man, it’s a super affordable hunt. Four a.m. wakeups and midnight drives home that waterfowlers are accustomed to just aren’t necessary here. It’s as easy in – easy out as it gets.

Maybe the Hampton elites don’t even know about Phil’s operation? If they don’t, they should because Phil’s blinds are a perfect place to kill a limit of ducks over a Thermos of cat shit coffee.

If you want a truly unique waterfowl experience, look Phil up. If he yells at you for missing a duck or because you say something stupid, don’t say we didn’t warn you.

Cons: Phil might yell at you, but this is also a pro if you like to have fun and you enjoy a real duck guide. He’ll laugh with you when he’s not yelling, and I laughed at him while he was yelling. He didn’t mind. Seriously, there are no cons to hunting with Phil.

While in The Hamptons, we filmed some of our hunt. Check it out below, and visit Films.FieldEthos.com to see more short films from the field.

HUNT IN THE HAMPTONS WITH PHIL: https://eastendwaterfowling.com.