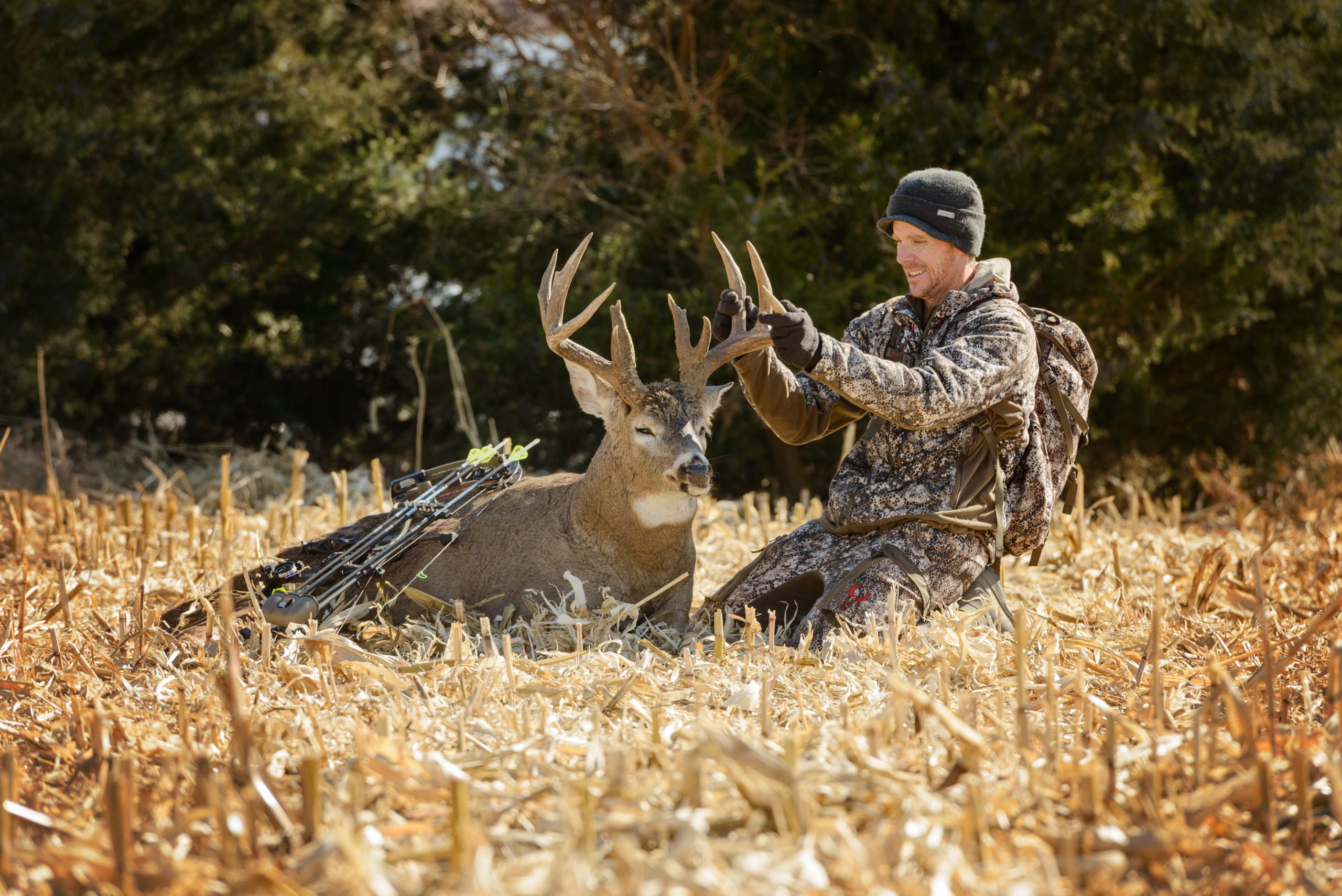 For a good grip of my hunting career, I operated under the if-it-makes-me-happy-I’m-going-to-shoot-it mentality. And so I ran carbon and lead through many critters that sported sub-par headgear and weren’t fully mature.

There were times, late in a public land hunt, that I was thrilled to arrow a raghorn bull or lesser muley buck. I don’t know if that want will ever go away, especially when hunting public dirt on an OTC tag. However, I often killed animals, even on guided hunts or pieces of game-rich private land, just to say I killed another animal with my bow.

Sadly, I would rave about trophy hunting ruining our hunting heritage and chastise those who

killed monster bucks and bulls on private land or an outfitted hunt. I called it gross. I even

developed a distaste (jealousy) for those that killed big critters on public land hunts. I would tell myself that I was all about the experience and killing animals that would make me happy, but truthfully, I was just about the kill. Today, I see I was the gross one.

It took a whitetail deer hunt in the Cornhusker State to change my perspective. I was hunting

with a good buddy; his Nebraska farm was whitetail heaven. The property had it all; manicured food plots, hinge cuts for bedding, rubbing posts, etc. He worked all year to earn a shot at one mature trophy buck. During his time in a treestand, he would pass deer, some 150-plus inches, because they weren’t old enough or up to his standards. It drove me nuts. Still, I wasn’t about to pass up the chance to hunt his ground, and I figured the first 6- or 8-point that wandered past my stand would get an Easton. And it would have, but something else happened; thank God.

During my first night on the stand, I spotted the tall, heavy 8 my buddy had shown me

pictures of. He told me the deer was 41/2 years old and explained he had a history with him, and blah, blah, blah. I didn’t care. That is, until I saw him, got close to killing him, only to have him wind me at the last second and vanish into the timber unscathed.

I hunted that deer the entire trip, passing multiple bucks each day, which wasn’t like me.

Why? I wanted that buck–a trophy. Something in me changed during that week. I no longer felt the need to add yet another basket rack to my collection. I needed another 21/2-year-old

whitetail like a hole in the head. I enjoyed watching deer and hunting that specific buck. I was doing what was making me truly happy and experiencing a level of bowhunting I’d never felt before.

Turns out, I didn’t kill that buck. In fact, I missed him on the last morning of my hunt. It was an epic meltdown—a tragic tale—and I sucked something terrible. The following year though, after getting photos of him all summer, I returned and got him. It was him or nothing.

Wow, what a change in mindset, and I’d never been happier or had a better bowhunting experience.

I had to eat crow. After all, I had become what I so despised, a trophy hunter after a big set of

horns. As with most things, it’s tough to fully understand your ignorance until you walk in other

shoes. And don’t get me wrong: I was thrilled with his rack, and it looks great on my wall, but what delighted me more was the hunt itself. I’d hunted hard and got to experience lots of

mornings and evenings in the woods where I did nothing but watch deer. I took a mature animal out of the gene pool that had fulfilled his purpose and put him down with a single well-placed arrow.

Since that kill, I’ve become more picky about the quality of animals I settle my pin on. When I drew my once-in-a-lifetime Colorado Rocky Mountain Bighorn Sheep last season, I wasn’t about to kill a ram just to kill a ram. The plan was to slay a mature 165-plus inch ram or eat the tag. The result of the goal was I spent more time training, preparing, and hunting–more time enjoying God’s country–and I was able to drop the hammer on a 170-plus-inch ram.

Trophy hunting isn’t all about a set of horns for the wall and chest-pounding bragging rights.

Instead, it’s about a maturation process for the hunter and chasing mature animals that put your nerves, wit, and skill to the ultimate test.