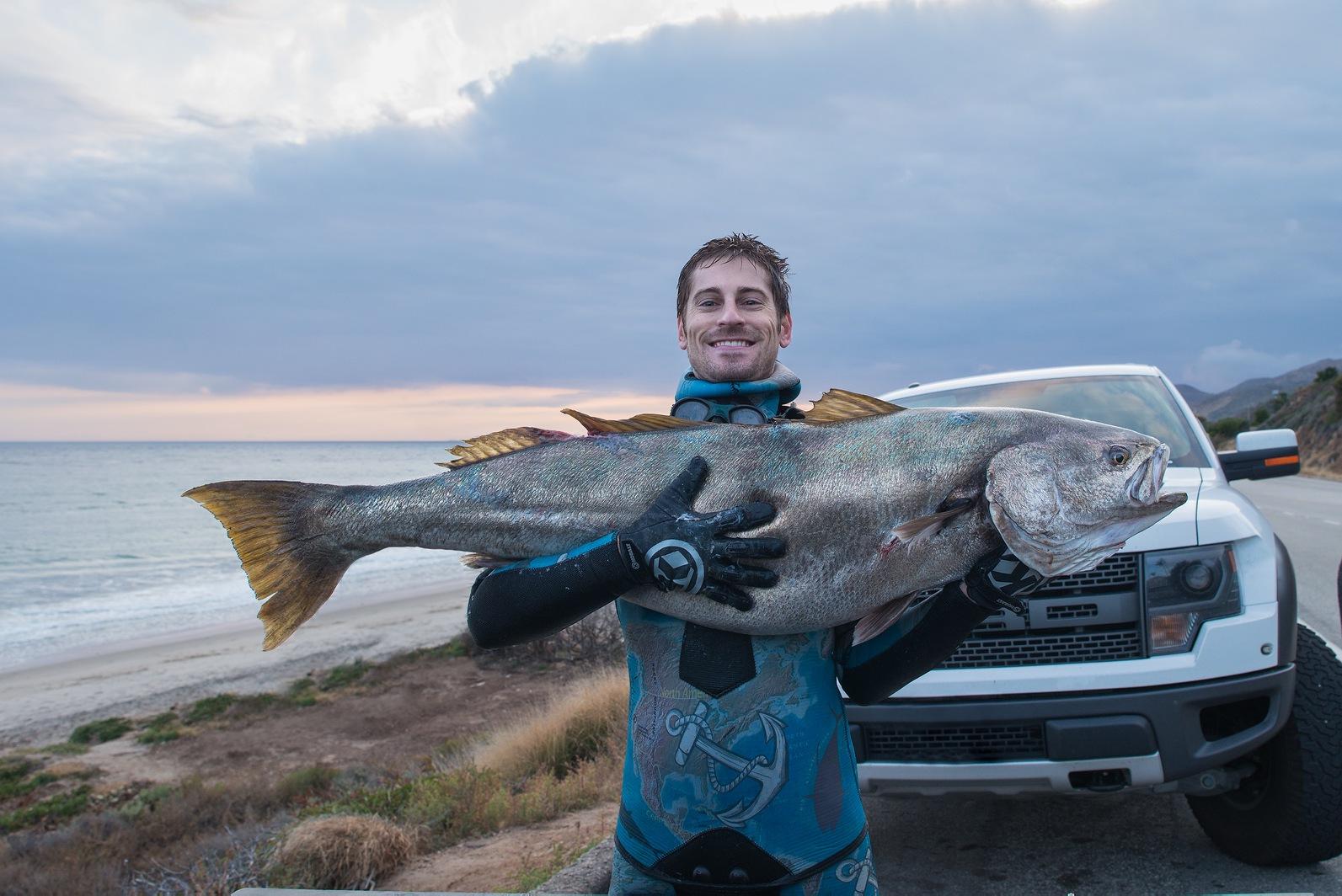 She turns, gliding through the kelp on my right. I release the kelp stalk I’m holding thirty feet beneath the surface and very gently kick my feet from the ankles, streamlining my body and letting myself sink to her depth as I glide forward. I don’t move towards her, I’ve made that mistake before and promised myself time and time again I won’t do it again. This time I’ll listen to my own advice. Instead, I move at an angle, so that our paths will cross if she stays on her current trajectory. I plan my path so that my body will be obscured by kelp for the final approach, then I let myself drift, fighting every instinct to look at her.

While I drift, my hands are busy. Moving slowly, but steadily to load the pole spear I carry. My left hand sliding a few inches at a time up the spear before pressing it back down, putting tension on the latex band looped around my right hand. When the spear is loaded, my hand aches from the pressure. I know I’ll be icing my shoulder tonight, but I’ll need the extra power to get through a fish like her.

My spear loaded, I can’t take it anymore and let my eyes drift upward, praying she is still there, still heading my way. My perfectly planned kelp stalks completely block my view. Nothing to do now but get ready. I bring the spear up to position, letting the rest of my body relax as I drift into the clearing.

She’s there, not five feet in front of me, finning slowly. Iridescence shimmers along her back in a rainbow of colors, like oil spilled on pavement. Her large tail glows yellow as it threatens to end my hunt with one powerful wave. In the brief second before I release my spear, we make eye contact. She does not see me as a predator, she does not bolt, I’m learning.

The spear takes her just behind the gill plate, mid-body, right where the spine should be. For a split second I think I pulled off the perfect shot and broke her spine, but then she takes off with all the power white sea bass are known for. That is when my heart sinks, as she tears away, I watch my pole spear fall, my slip-tip never toggling to hold her. In a split second, she’s gone, and I’m left holding my line, spear dangling beneath me, wondering what went wrong.

As I collect my gear and begin my swim back to the boat I reflect on the past year and wonder what I was thinking. A year prior I was at my peak, hunting white sea bass off the coasts of California. I had perfected the art of finding these elusive fish and was racking up lots of fish over sixty pounds. After my freezer was full and all my friends and family had had their fill, I started to ask myself why I was still shooting fish. Not only was the need for meat gone, but with it had gone much of the joy of the hunt. It was time for a change.

So, I made a promise to myself, no more spearguns. I was going to go back to the sports’ roots: pole spears only for me, from now on. For those unfamiliar with spearfishing, a pole spear is a simple apparatus. Basically, a pointy stick with a rubber band on one end. The user puts his hand in the rubber band and stretches it down the stick to load, then releases the stick to fire.

They are very simple to operate, but severely limit your range, usually to not more than five or six feet. In the spearfishing world, this is equivalent to a rifle hunter switching to a recurve bow. It’s as primitive as you can get.

Unlike the recurve bow world, there are very few divers targeting large fish with this style of equipment. I only knew of one other diver doing so at this time, and he was the current world record holder. A record I promised myself I would break before I shot another white sea bass with a gun. First though, I needed to land a single fish, and this summer was not off to a great start.

I had been seeing plenty of fish, and some big ones to boot. Getting in close though, to the fish known as the “ghost,” proved, unsurprisingly, to be rather difficult. They earned their nickname for their ability to disappear before you can take a shot, leaving only a loud boom reverberating through the water from the speed with which they left.

Now after months of hard work I was going home with every hunters’ worst nightmare; leaving a wounded animal in the field. By this point in my lamenting, I was nearing the boat, swimming along the edge of the kelp bed we had parked next to that morning, when something caught my eye. There was a strange white flash coming from the bottom. I took a few minutes to breathe up before diving down to investigate.

There, fifty feet below me, rolling gently in the surge was my white sea bass. I scooped her up and swam her to the surface and my waiting boat. It turns out my spear had rebounded off one of her vertebrae, but not before it had done tremendous damage to the spine, which surely killed her quickly.

To this day I still can’t believe the luck I had in finding her, and that a sea lion or shark didn’t chow down on her before I did. That day marked the first white sea bass I ever took on a pole spear, but more importantly, it marked a change in the way I stalk and hunt these beautiful creatures. The year I spent with the pole spear gave me a better respect for my prey and a stronger connection to the ocean as a whole.

I later went on to break the world record I was chasing, only to hold it for less than a day before it was broken again, but that’s a story for another day.