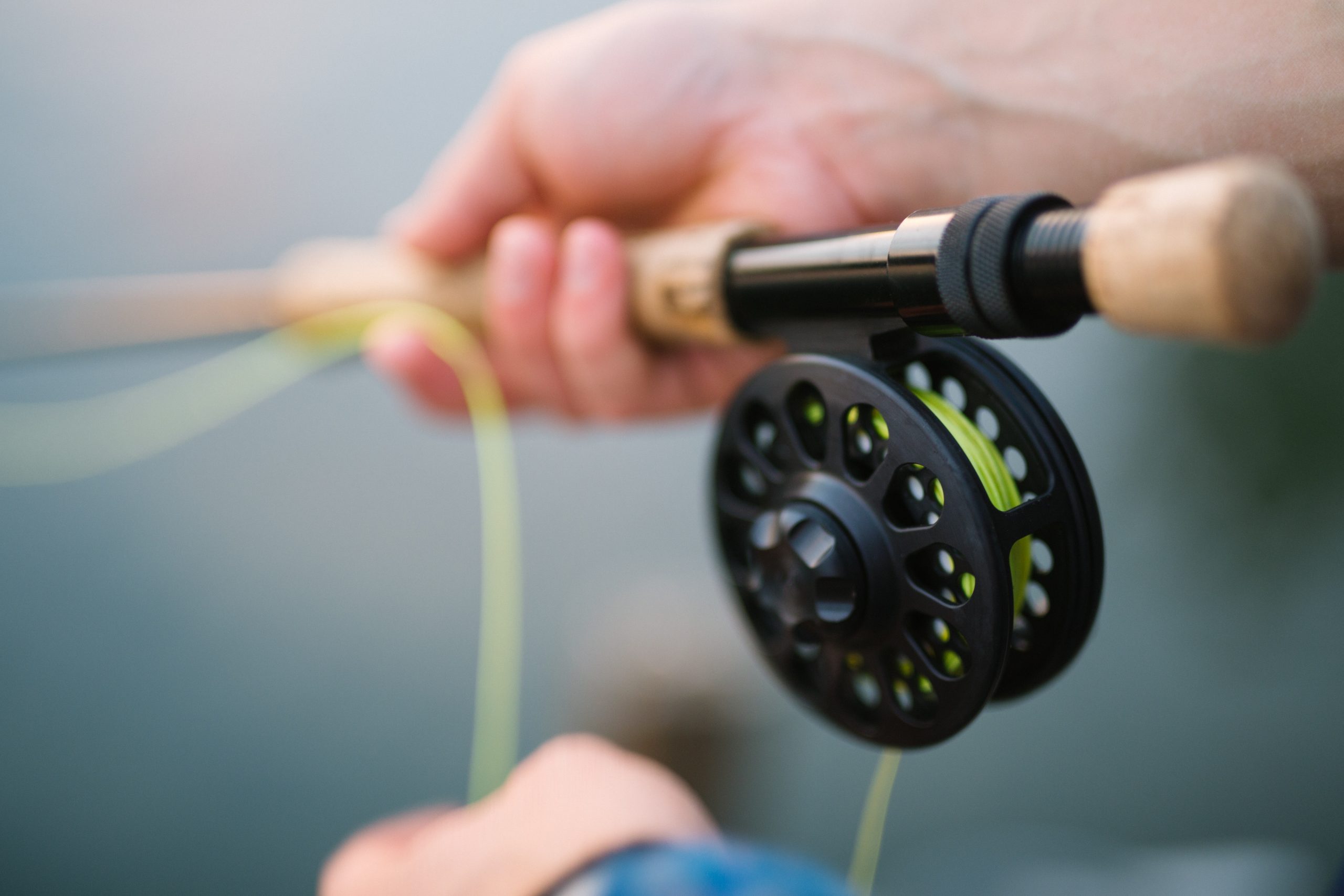 For years I was puzzled at the sporting development of the fly fisherman. They spring up wild it seems, like toadstools. At parties there they are– phone out, amazing photos of gear, clothes, and scenery, nary a fish in sight. Then, just like that, they disappear.

A fly fisherman does not sprout through the usual course of development of an outdoorsman: “Granddad taught me how…”, “Daddy had a rifle…”, “Uncle Bobby smeared blood on my face…” is not the story of his childhood. No fly fishing legacy is passed down from father to son in a rich tradition of poor success, silly hats, tiny fish, and frustration. If your ten-year-old is willing to spend more than two minutes wet from the waist down with a roll of fly line wrapped around his ears without saying, “This is dumb”, and fashioning a fresh cane pole out of rhododendron sprigs– I don’t want to spend time with him. End of legacy.

In fact, that’s exactly how I taught my kids how to fish: I handed each of them a fly rod. The first kid to throw it away got a pack of M&Ms and a real fishing rod.

Fly fishermen don’t infiltrate the ranks of well-adjusted sporting families either– those people are too busy cleaning fish. No, fly fishermen are born. They bounce into the world fully-clothed, pitching wedge raised to do battle– on a golf course. There’s a moment in time, just after sunset, when a mediocre golfer sets aside his trendy IPA, addresses the ball on the 18th tee, clubhouse in sight, tennis courts awash in the fading glow, a pair of ducks (cormorants, really, but he doesn’t know) tuck into the permitted runoff swamp behind him and an unexpected breath of wind gently blows across his neck carrying upon it heady notes of asphalt, white privilege, and a gloriously sweaty cart girl.

At that moment, his spirit almost touches the truth that golf is the watered-down methadone that dulls modern man’s thirst for a real adventure, but the synapses misfire. Instead, he muses, dully, “Huh. I look super outdoorsy right now. What’s the thing most like golf that looks amazing on Instagram?”

And in that very moment, the grinning corpse of Meriwether Lewis makes one full revolution in its grave.

Fly fishermen happen because the scenery is good, being in the water without getting wet is interesting, girls like outdoorsy men and nobody notices there are no fish in the creel. When was the last time you even saw a creel? It’s about the scenery, the gear, the location, the art of it all, telling people you fly fish. It is yet another perversion of our sporting legacy, like ‘Boone and Crockett Scoring’ that has taken something essential and wholesome and twisted it into an unrecognizable crush of frustrated Khaki Cowboys fairly clawing each other for the Next Biggest One. Gone is the drive to kill and eat, to simply take your place in the food chain and engage in the struggle for life going on all around you– replaced with the desire to slay on Instagram an entirely different quarry.

Don’t tell me you fly fish. I will change the subject lest I molest your delicate sensibilities with tales of The Spinnerbait, but let’s not get personal. Instead, allow me to focus, briefly, on another specimen: The Fly Fishing Fanatic.

This is not a fly fisherman. This is something else entirely. Something downright unsettling and weird. If the sporting community had its own vampire, this would be it. You’ll find him with two or three other grizzled animals huddled in the corner of the bar poring over a tiny leather pad with impossibly detailed hand-tied flies and whispering conspiratorially. This man does not fish stocked streams, by God, nor does he post photos on Instagram. If he did, you would burn with rage and shame, then delete your account.

The sheer volume of giant fish photos pouring off the man’s phone would shock and astound you. Oh yes, fly fishermen, This Man Kills and Eats Fish. He could pull up outside your residence in Manhattan, with a grin and a wink, and snatch an 85lb tarpon out of the storm drain on light line with a barbless hook and a feather off a blue jay. He’d almost certainly leave with your wife.

I have friends like this: weird-smelling, sun-faded titans with their names in musty tomes of fly fishing lore, tying flies with polar bear fur and passenger pigeon hackles. Don’t ask me, because I don’t know why. I suppose the bear didn’t donate it willingly, so perhaps that’s part of the story. These men go offshore in North Carolina and catch giant tarpon out of tiny flats boats in five-foot seas entirely alone. Their third wives rarely know their exact locations. They take no photos, but the wear on their gear, their hands, their boats – tells the tale. I have one friend who has landed 24 permits on a fly. Witnesses, but no photos.

This, dear reader, is a Sportsman. The spirit of this man wasn’t born on the golf course. This man concerned himself with accumulating so much sporting power that he finally caught the biggest of everything on traditional tackle and asked, “Now what?”