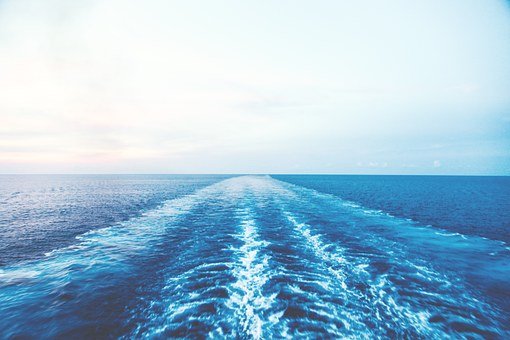 I bought my first boat in the aftermath of the Great Recession. It was 2010, and most of the world (and certainly my immediate vicinity) was generally puckered and lame from three years of continuous economic thrashing. That being said, it was no great shock to find the decision to purchase my first boat, a luxury item, purported to be a notoriously bad investment (as a class), was met with derision and condescension by my no-doubt wiser family members, business associates, and friends. I even had a woman tell me (during the preamble to an interview, no less), that a boat was “A giant hole in the ocean that left nothing but a sucking sound and an empty wallet” and, “The best two days of a boat owner’s life are the day he buys it and the day he sells it.”

I did not take the job.

The only person who voiced no opinion on it was my fiancée who wanted to know more about the boat’s amenities and white-wine-chilling capabilities. When she heard she could be accommodated she was pleased and inquired no further.

That first boat came from someone who had apparently gotten someone else pregnant and needed to generate capital on short notice to pay for…choices. I’ve learned that exactly nobody sells a bass boat because they want to. That, in itself, is an instructive datapoint for anyone paying attention, but from a purely practical standpoint – if your seller seems pleased, make a polite exit: it’s a trap. In this case, the entire family amassed to see the boat off and I felt vaguely guilty about the whole thing until I hit the Georgia state line, which generally makes me feel better in any situation.

I started my fishing career with a bass boat purchased shortly after being entered in a bass fishing tournament on Lake Sinclair as a “co-angler” by my cousin as a Christmas gift. After that frozen February experience, hurtling terrifyingly through the dark balanced on a propeller turning 6,000 rpm piloted by a taciturn drywaller; I view the invitation to climb into a stranger’s bass boat with the same prickling chill of apprehension you might experience if asked to climb into the back of a stranger’s white panel van. I made some personal decisions that day about other people’s bass boats, but I enjoyed the fishing part, so I went home and, with zero experience or skills, just bought my own. Apparently, that is not a thing that people do.

The short of it is, skipping the rite-of-passage “co-angler” portion of a tournament bass fisherman’s usual development perpetuated my almost complete incompetence as a tournament bass angler, and resulted in more than a few very frustrated co-anglers who expected to find that a boat-owner would also know how to fish. To those men (and one woman): I am sorry. I feel like I also need to say that the woman did not urinate in my livewell, although my Uncle Buster told everyone that she did, and honestly, that’s a much better story.

I did, eventually, learn how to fish. Two years of fishing bass tournaments without weighing in a single complete five-fish limit was a purifying fire that served only to strengthen and temper my resolve as an outdoorsman. I stand before you A Better Man, and while I doubt I’ll ever be worth listening to on the topic of tournament bass fishing, I can dump my boat in a body of water pretty much anywhere now with the real expectation of catching fish. That makes me happy.

That makes me happy too.

My wife who is better-looking and also more temperate than me, and not at all a sportswoman of any kind, or, it turns out – particularly coordinated, flounced into the inner sanctum of my workshop last week, unannounced, stated, broadly, “I think you need a bigger boat,” rummaged around absentmindedly in the freezer, produced a bag of something that appeared, to a casual observer “very freezer burned,” and stalked out to prepare “dinner.” I would hazard a guess that on that otherwise ordinary day in January, at no point anywhere else in the entire world, in any language, did another human female utter those words. It was a rare moment of perfection.

After the initial shock and fear wore off, a sort of hush fell over the room. I stood there, alone in my workshop surrounded by the dust and detritus of a middle-class family man – fishing rods racked in the rafters, sawdust on the floor, pervasive scent of Hoppe’s No. 9 and Zoom worms filling the room, and I realized in that moment: somehow, I have won.

I have lost often enough in life to know that I don’t like it, but I can do it if I have to. Fishing taught me some of that and a great many other things besides.

Standing on the deck of a fishing boat I have seen a perfect day – a day where we left them biting, too tired to catch any more, ice chest full of flounder and grouper and snapper, mackerel and redfish and trout stuffed under the gunnels, a few still firmly clenched in the sharp metal clutches of a topwater lure, or a jig, in our haste to plunder the school, the sun setting over my shoulder in a shattering cascade of fire, and the water a mottled blue lens into the struggle for life and death going on under our feet.

I’ve had more than a few days on the water where nothing went my way, too, and that somehow seems the rule. I blame the Serpent. Sin entered the world and there’s been an east wind in the forecast ever since.

I caught a boat trailer on fire once. That’s not easy to do. I’ve been punctured, finned, bitten, and sliced, stuck on a sandbar, dehydrated, entirely too hydrated, sunburned, broken down and generally bereft. The loneliest I’ve ever been was on a boat with a rod in one hand, an empty livewell, and nothing but my own fractured thoughts to hurl into the void. I’ve blown a tire, slid into a ditch, destroyed trolling motors, smashed fishing rods, and burned up motors. Have you ever been honked at by a hearse?  It’s the only vehicle in the world with no excuse to be in a hurry. Jackknife a boat across the only access road to a funeral, and you’ll find out everybody’s got a timeline.

Win or lose, every trip is an adventure. When you leave dry land, you do so with the tacit acceptance of whatever is about to happen to you, but the hardest part of fishing will always be the moment when you come face-to-face with yourself, you’re forced to stand up under your own scrutiny, and move on. Some people never get there, and many simply never get the chance.

You might be one of them, but to find out – you’re going to need a boat.