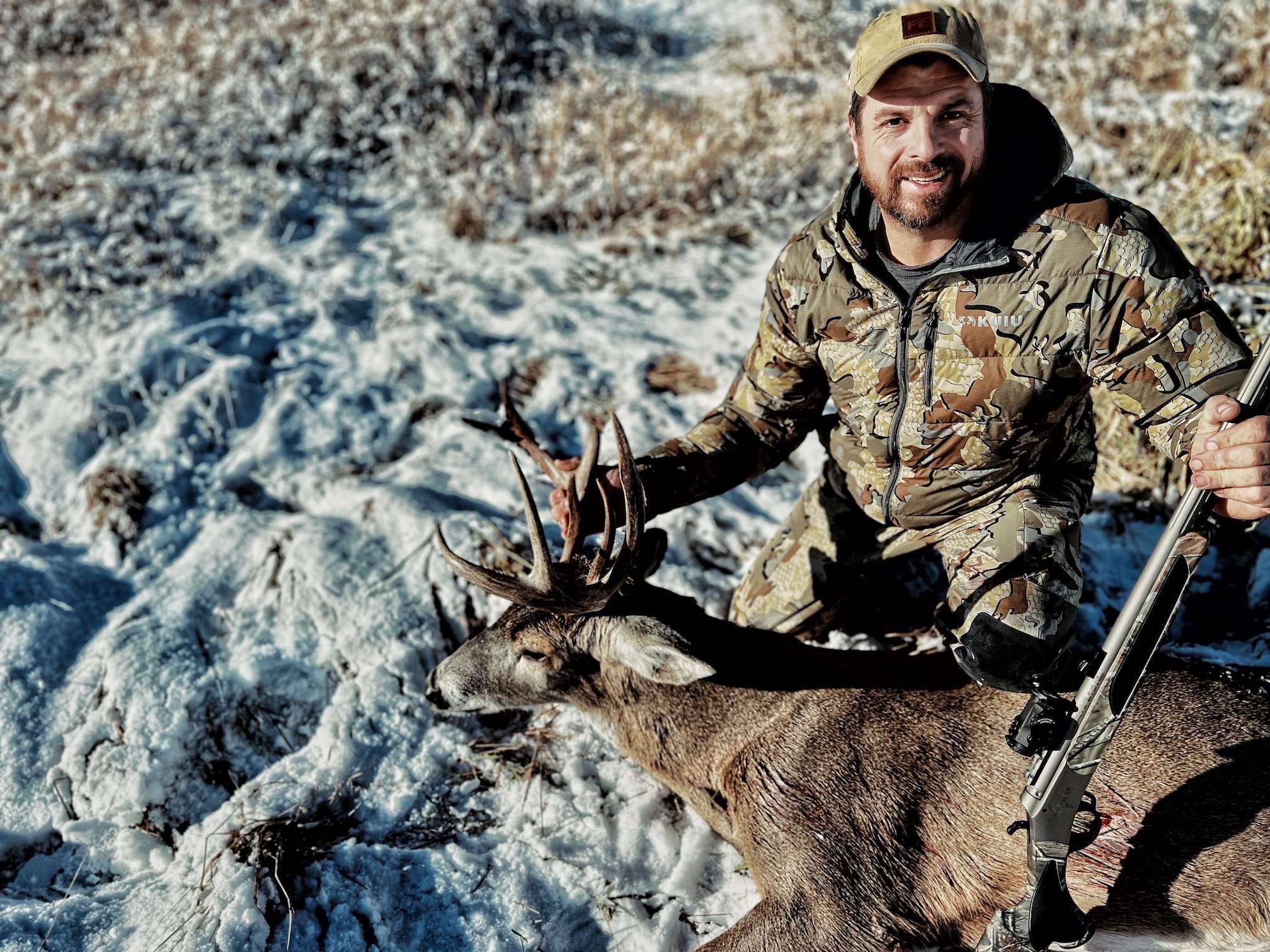 Many Field Ethos followers may have the opinion that we are anti-muzzleloader.  That is incorrect. Our founder, Jason Vincent, the unlikely prodigy of Elmer Keith and Jack O’Connor having a love child, is anti-muzzleloader, but truth be told, he is really pretty much anti anything not .300 Win Mag. or .375 H&H. The rest of the crew loves the smell of sulfur in the morning.

I have been a die-hard muzzleloader hunter for decades (yes including participation in Rendezvous in my youth.) While I prefer traditional flinters and percussion guns for their nostalgia and inherent challenge, I will use inlines where allowed and when I’m trying to fill a tag.

My house sits close to town where I can shoot additional whitetails on cheap over-the-counter deer tags. However, there is a catch: the area is “weapon restricted” meaning muzzleloader, archery, handgun and or shotgun only. And there is a catch within the catch: “Lead projectiles only.” That means no sabots, no all-copper bullets, jacketed bullets, etc … don’t ask me why, I don’t make up these bullshit rules, I just try my best to follow them.

At any rate, last season I bought some Federal B.O.R. Lock 350-grain all-lead bullets to try. I have used the Copper Expander versions in other areas and they were extremely accurate, very easy to load—easier than any other bullet I have ever tried—Power Belts and patched round balls included. The bullet design features a ring around it that scrapes fouling off going down the bore, so no pesky swabbing between shots; a polymer skirt acts like a sabot to engage the rifling, but because the bullet is full-bore diameter it’s not classified as a sabot-style bullet. All in all, they’re deadly accurate and expand like a freshman coed on a pizza diet. But how about the leaded variety?

My testing ground starts in the living room and stretches all the way to the back of my horse pasture, exactly 132 yards away. For those that laugh at house hunting, try sliding a squeaky sticky patio door open on a suspecting whitetail. It’s not easy! I’m thinking about developing urban house hunting camo … plastered drywall, window pane, horizontal siding will be popular patterns, but I digress.

The first test subject was there at dawn; a mature doe minding her own business chowing on clover. The Traditions Vortex was sighted dead-on at the 100 yard target she was standing next to. The cloud of smoke billowed back behind me and into the house (something the wife was not pleased with) but dispersed quickly enough so that I could see the doe take off on a death sprint.  She made it 25 yards before flipping over on her back. Upon recovery, the bullet entered behind the inside shoulder, penetrated the heart, went through the outside shoulder and lodged under the skin, expanding well.

The second test subject arrived the next morning, a nice buck (by Montana standards), sniffing the spot the doe stood the morning before. It was literally the exact same broadside shot, at the exact same distance. Smoke billowed inside just as before, the wife got pissed just as before and the buck took off on a death run just like the doe.  He covered 35 yards before crashing into a barbed wire fence and collapsing dead. Same penetration, same expansion. Impressively consistent results.

Two shots, two quickly dead deer and a filled freezer. No, it is not a definitive test, but good enough for me to keep using them this year.  $25 for 15 bullets

Cons: heavy, full-diameter design may not be ideal for long-range muzzleloading