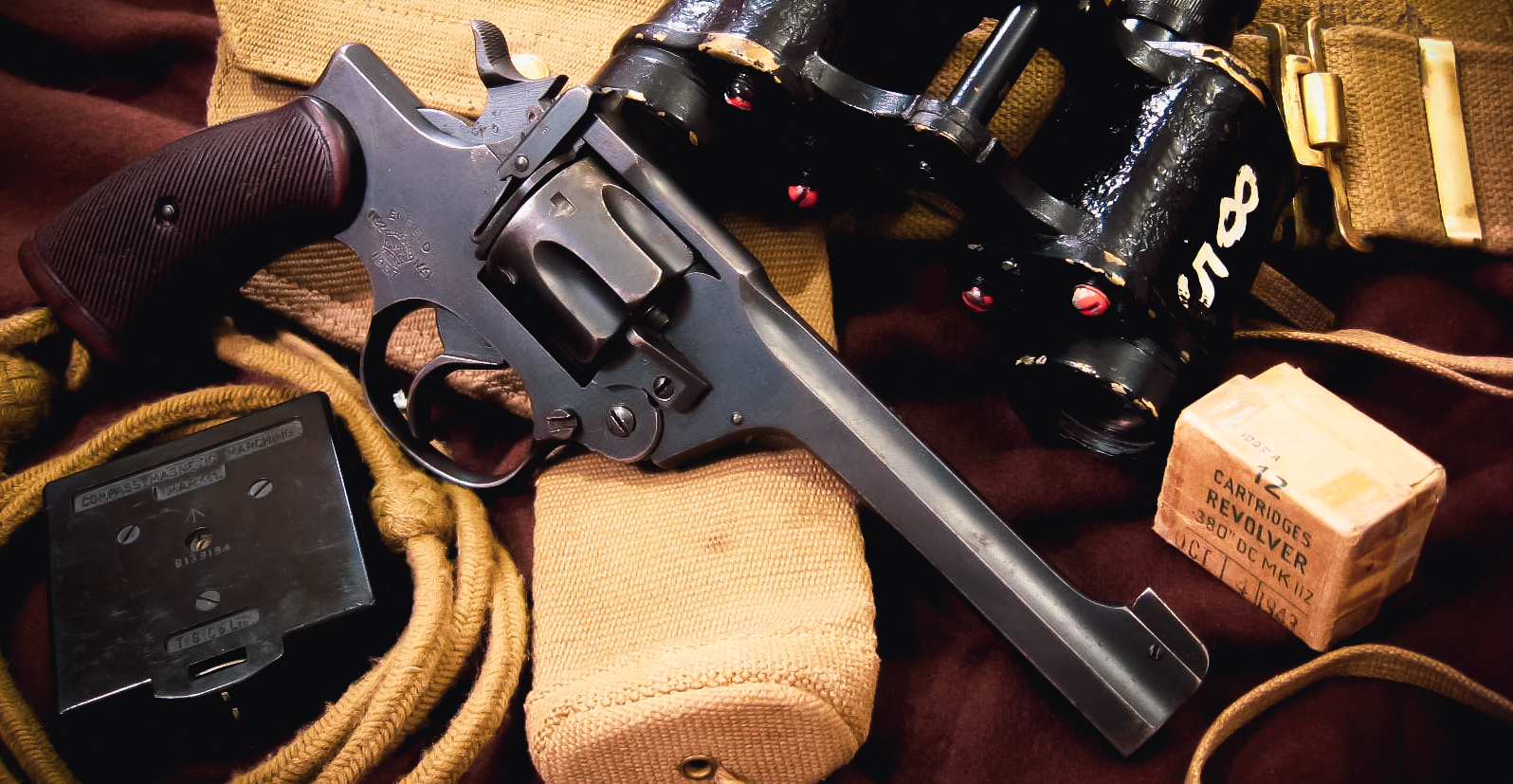 “I’ve got something I bet you don’t see every day.”

This is a phrase I heard nearly every day for six years as I worked a gun counter.

After a few years, I felt I’d about seen it all; the good, the bad, and whatever the “just as good” crowd is crazy about that week. But one day a leather briefcase that looked as though it had been in an attic for 70 years was dropped on the counter in front of me.

The dude tossed the briefcase on the counter and it immediately intrigued me. The corners were worn and torn, the sides covered in scratches and scars. The brass buckle carried a rich patina.

When I opened it I saw a stack of documents and a book. The documents had British military letterheads and the book was a flight log. Digging further I found RAF patches and a military flap-style pistol holster.

The gun was all original, with no import marks. It even had the lanyard and a few boxes of ammo made by Kynoch!

The guy explained to me that his grandad was a pilot in the RAF during WWII. After the war, he settled in New Orleans but he managed to keep his service revolver. After his grandfather passed they went through his things and found the briefcase.

Let me be clear, cool guns come along all the time. But extraordinary guns need three elements to be considered top-shelf:

This gun was special because it had all three elements in one extraordinary vintage package.

After a few minutes of ogling, I asked, “How much?”

His response: “Not a chance.”