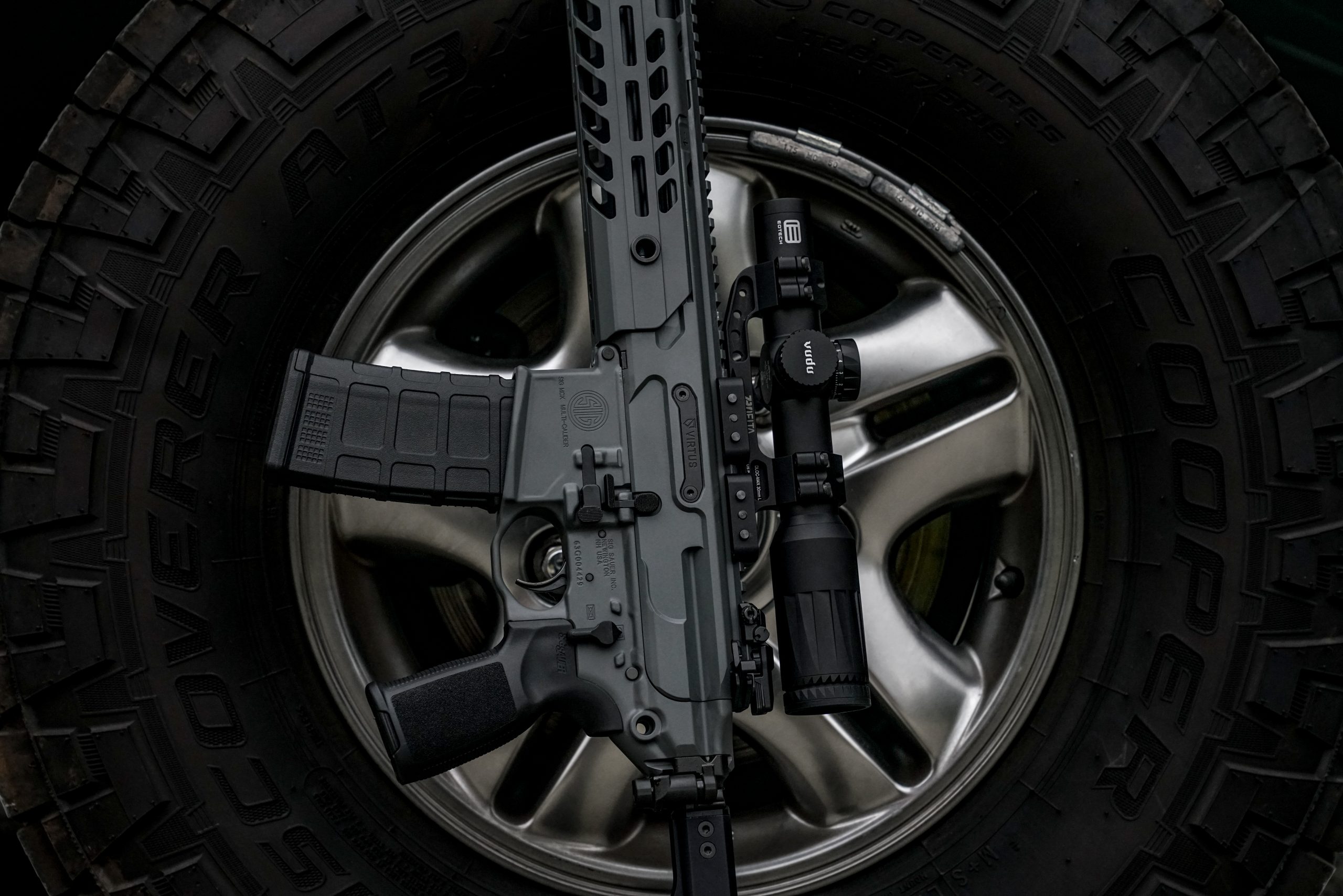 Once I got past the incompetent feeling created by continually looking down at the pathetic-looking Oscar-Meyer-sized tube on my rifle, I was vastly better off. You see, over the last half-century scopes owning 40mm objectives and larger have become status quo among sportsmen, and clever marketing has convinced us that anything smaller is akin to sticking your eyeball to a bat’s ass and hoping for a kaleidoscope.

Sure, a scope with an objective lens the size of an oatmeal cream pie lends confidence and oohs from know-nothing friends, but do you really gain much? Not unless you plan to hunt in the dead of night without a flashlight. Fact is, a quality-made 24mm riflescope with top-end lenses and coatings might surprise you if one hasn’t already.

If the name EOTech rings a bell, it’s likely because the Michigan-based firm used to sell its holographic red-dot sights by the C5-load to the U.S. military for its M4 carbines. After some corporate restructuring, EOTech is now fully invested in more traditional riflescopes–if you consider a 1x-8x-24mm with illuminated reticle traditional.

Here’s the thing about it: Dialed to 1x and with the reticle blazing, you can mount it on your AR, keep both eyes open and use it just like any red-dot sight.

At 3x it makes the perfect dangerous game scope, a balance of magnification and field-of-view so you can center punch the mud-patch on a buff’s chest at 60 yards, yet still find him in the scope at 20 if he comes.

Even though most of us are now thoroughly spoiled with 14-power scopes we crank to the max even at 200 yards, 8x is more than adequate for any reasonable hunting distance. Combine its versatility with a lightweight package that can be mounted low on any hunting rifle, AR, or shotgun for intuitive aiming, and you can understand why this “E-O 1 by 8” has become one of my all-time favorites. I wish I could afford 10 of ‘em.

But a scope’s usefulness resides in more than just its numbers. It must track zero perfectly, hold it, and survive blunders like when your dumbass buddy drops it turrets-down on the Bronco’s running board.

To test it I shot the square; its adjustments proved precise and repeatable. Next, I threw it in the deep freeze and watched a football game before taking it for a swim. Having passed, I mounted it on a beater Winchester .308, zeroed it, stood the gun on its butt, and let it fall over on the ground three times before rechecking zero. It held.

The left side turret houses a CR2032 battery to run the Vudu’s illumination system for a touted 500 hours via three rubberized buttons for on/off, dim, and bright. It’s much more sophisticated than the simple rheostat knobs that dominate the cheap-scope market.

I like Vudu’s simple but useful second-focal plane ballistic reticle that consists of a main crosshair and four hashes below for quick drop compensation.

At dusk, I compared this Japanese-made Vudu alongside other scopes while viewing whitetails. Clarity-wise, it’s among the best in the world. Predictably, it proved brighter than cheaper scopes with larger objectives and not quite as bright as top-end German and Jap scopes with larger objectives. Regardless, its optics would have been ample to plug any of the deer in legal hunting hours and slightly beyond.

Indeed, once I got over the “but it’s so little!” chatter at hunting camp, I was better off–both in the woods … and in life.