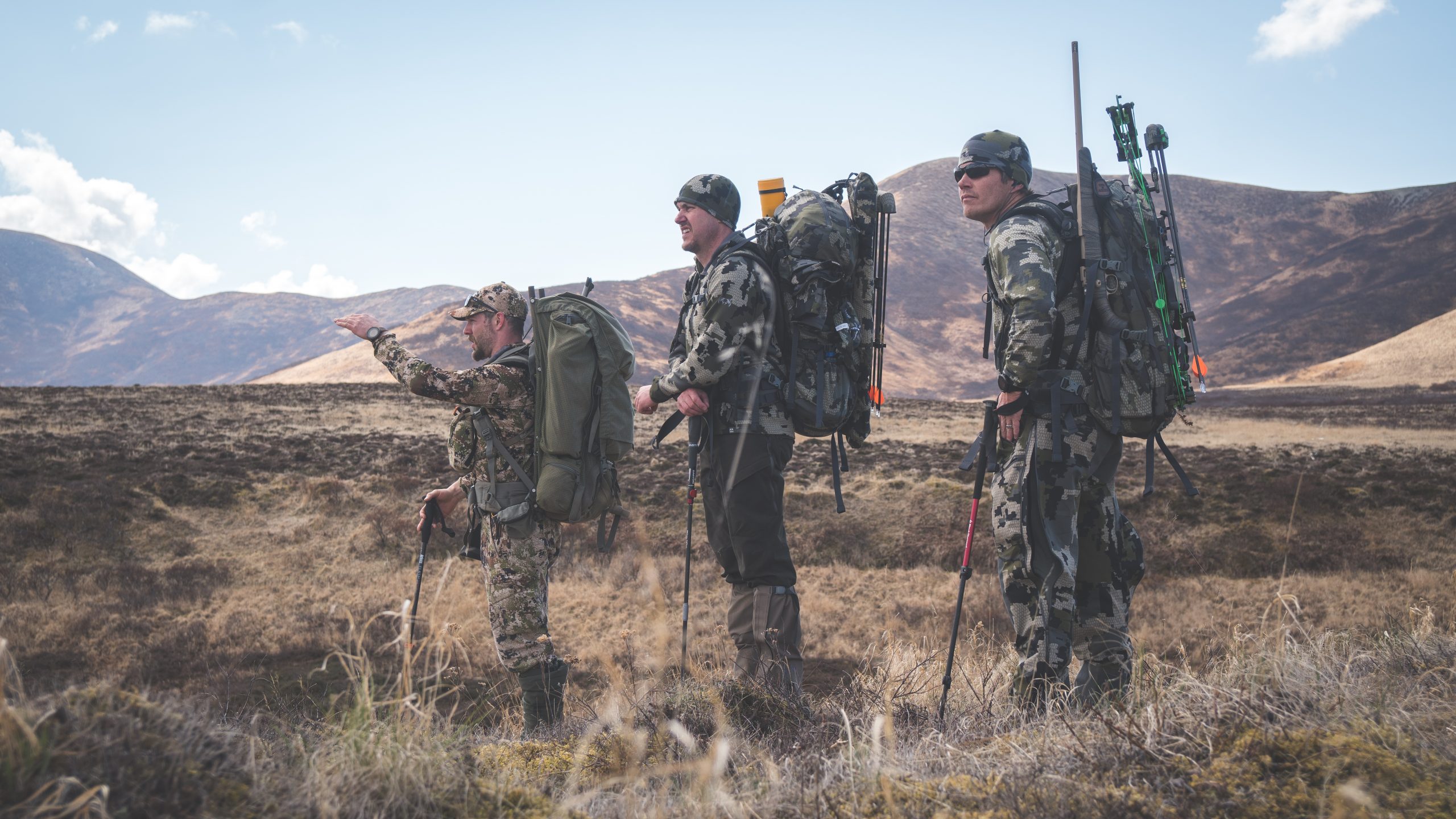 Spike Lewis has been guiding the backcountry of British Columbia for more than 30 years. He’s been hunting it for even longer. He is the co-owner and co-founder of Bolen Lewis, a world-renowned outfitting company that specializes in monstrous mountain goats and even more monstrous black bear. I spoke to him about his life, his time as a guide, and more importantly, some of his biggest pet peeves as a guide.

“The first half of my career, clients either brought the wrong gear or completely ignored our gear suggestions. Hunting for mountain goats is extremely strenuous and the hunt offers some of the most extreme weather this side of polar bear hunting. Clients have to be prepared gear wise. And we used to tell people what to bring, email them, and still they showed up unprepared. Fortunately, that’s changed. People now, more or less, come ready and with the right stuff.”

“Again, our hunts are strenuous. Clients have to come prepared. I’m not saying everyone has to show up in Cameron Hanes shape, but they have to be in shape. I like to say, ‘Be in shape for what’s in shape for you.’ Recovery is the big issue. Be able to strain during the day but get fully recovered at night. I’ve had clients show up and go gung-ho all day, but because they’re not in shape, they can’t properly recover at night and can’t even get out of bed the next day. There’s not much you can do for a client in that situation.”

“Most of our clients are successful people. They’re leaders in their field. But sometimes they bring that to the hunt and…well…it’d be better if they just relaxed. They ask question after question. ‘What’s the plan?’ ‘What’s the weather tomorrow?’ ‘Will the weather change our plans?’ There’s nothing wrong with asking questions but some clients take it over the top. For some it’s a control thing to show that they, rather than the guide, are in charge.”

You Have Nothing to Prove

“Some clients come to camp thinking they have to prove something. They want you to think they’re the world’s greatest hunter. They say things like, ‘I can carry a 100-pound pack no problem.’ Or ‘I can shoot accurately out to 1,000 yards.’ Of course, those promises always end in disaster. Clients want to look legit. I get it. If you’re a good hunter, we’ll see that.”

“Social Media has changed everything. And it’s really changed what people expect from a trophy. Only the best pics make it to Social Media and the best ones are staged really well. That doesn’t mean your trophy will look exactly like that on the ground though.”

“Clients have to be prepared to put in the work to get a good animal. And yet, I’ve had clients show up for a goat hunt only to tell me, ‘I’m afraid of heights.’ Or they’re severely out of shape. Or have they lay down on top of a mountain and refuse to get up because they’re too tired. Again, be in shape for the hunt and be ready to put in the hard work. Know what you’re getting into.”

“I try my best to respond to everybody as quickly as I can but sometimes it’s just not fast enough for some people. They want me to answer an email immediately even though it’s the middle of hunting season and I’m in the field and won’t have service for three days. I understand being excited about an upcoming hunt and wanting to know something but sometimes you can’t get info out immediately.”

AUTHOR’S NOTE: This has nothing to do with Spike’s pet peeves. I just had to ask.

“Does Bigfoot exist? I dunno. Maybe. But I don’t think so. I would have seen him by now. I’ve seen a lot of grizzly tracks but never any Bigfoot tracks.”

Learn more about Spike and his hunts at bolenlewis.com.