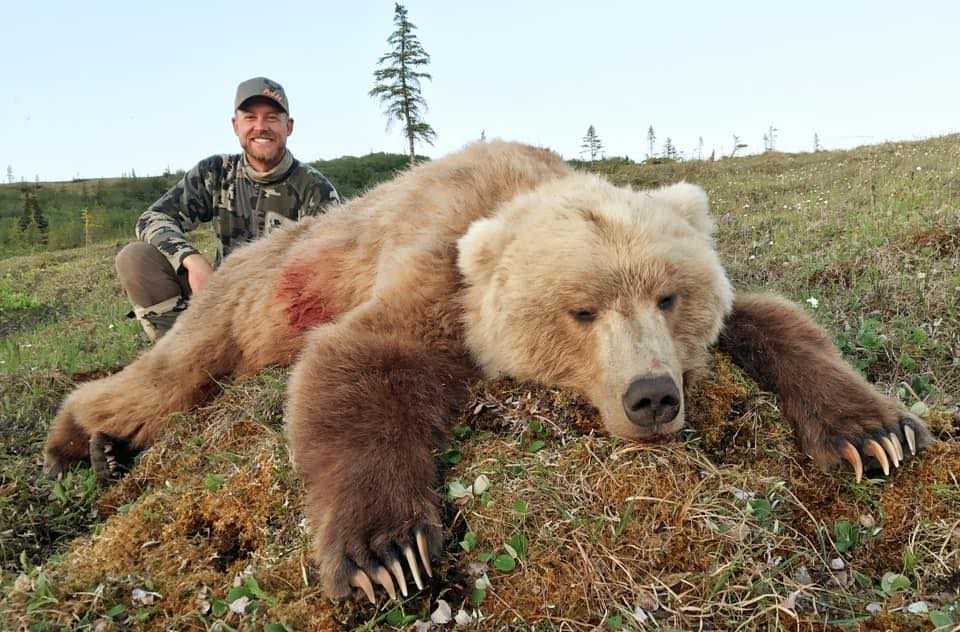 Established in 1978, Wade Lemon Hunting is one of the country’s premier big game hunting outfitters. They specialize in hunting Utah and Sonora, Mexico, and have guided thousands of clients on trophy hunts of a lifetime. I was fortunate to speak to Kalan Lemon about his life in hunting and his biggest pet peeves.

When did you start guiding?

I’ve pretty much been guiding for about 36 years. Grew up in it, raised in it, born in it. Don’t know really when I started or anything, but I believe I took out my first big game hunter when I was about 13. But, even prior to that, I’m just in dad’s [Wade Lemon] hip pocket everywhere, every day.

How long do you work with a client before he or she actually comes to hunt?

We tend to cater to their needs as-is, but the majority of our guys… I guess it would depend also on whether what species we’re hunting, what hunt we’re doing, and whether we’re talking Utah or Mexico. Most of our Mexico stuff, just because they’re’s a little more logistics to get there, they probably get a little bit more… let’s call it basic information, but detailed template information from us than what a lot of our Utah hunts do.

What would you say is your most underrated gem of a hunt?

I wouldn’t say that we have one, to be honest. We do a pretty good job of… If we want to push some hunts, and if we have stuff to fill, and we’re going to push them and make sure that people are aware of them. We got a whole range of stuff, from bear and lion, that was the foundation of the business, to our big deer and elk which is a lot of what we’re known for right now. A lot of our once-in-a-lifetime species in Utah, such as Shiras moose, free-ranging bison, mountain goat, a lot of our sheep tags, Rocky and desert big horns. We do everything, from big corporate high-volume dove shoots in a big five-star lodge to Gould’s turkey hunts. Lots of big meals there, and I think we do probably more desert bighorn than anybody as well. From dove shoots to moose hunts and that, we’re all over the map, as far as our range and variety of things to offer. I wouldn’t say that we’ve got really a hidden gem of something we’d want to get out to guys, or that we’re missing.

Let’s get into some of the pet peeves. What are some of the things that clients do that you know could be avoided, or that just cause you to go, “Oh, not again.”

I don’t really have anything that I would say is like, “Oh, not again.”

How about, do they come in and shape? Obviously, your hunts are very strenuous, the majority of them.

For sure. Yeah, for sure. I was just going to say, I think that the main thing would be just when a guy shows up and he’s not as prepared as what he tells you he’s going to be. You can coach a guy through the season. A lot of our benefit is, once we’ve hunted with guys multiple times, I’ve got a better idea of their kind of shape they’re in. We can fine-tune hunts towards them. As far as generalizing it, no question about it. I’d say the biggest pet peeve that we could come up with would be a guy showing up just unprepared. Whether that means you’re not in the correct shape that they’re in, or… You see it a lot with the weapons that guys are using. How many guys show up with a big fancy custom rifle and he’s got a ballistic drop chart taped to his stock, but he’s never shot it.

I got this semi-custom, or I got a full custom, or whatever else it is, and it’ll shoot to a thousand yards, and we can talk about it 50 times over, and he’ll tell you how great his rifle is, and he wants to bring his own, but yet they show up and he never shot his gun past 100 yards. Doesn’t understand his drop chart. Doesn’t understand a lot of that stuff. And so, that would be one of the things. Same thing with archery and that. A guy may have went to a bow shop and had them put a slider tape on there, but he’s never shot it past his 40 yard range, or something that way. Just understanding your equipment and showing up as prepared as you say you’re going to would be probably the biggest thing.

A lot of that comes down to shape, too. We talk to a lot of guys, that, “Aw, man. I go to the gym all the time, and I walk five miles a day. I’m in great shape,” and they show up out there with a big paunch on their belly, and beer gut, and we’re planning on hunting some fairly strenuous country. We’re happy to adapt and go to lower climates, lower areas. May not be able to hunt the zones that we planned on, or as effectively as we’d planned on, just because of that lack of shapes. In a lot of ways, we’re pretty versed in it, to where I communicate that out of most of the things.

I don’t simply take it for face value when a guy says, “Man, I’ve got this new gun, and this is what I shoot.” Okay. My first question is, “How far have you shot it? Where have you shot it at? How comfortable are you, actually, at pulling the trigger for it?” And even just questions as far as, if a guy starts talking like he’s got a big custom rifle, you can ask him, “What is your trigger poundage set at? Do you have a ballistic turret? Do you have a ballistic reticule in your scope?” Just a few different things. And, if they can’t answer the questions, a lot of times we can dig into it further without insulting them, but also be able to find and help to coach them to where… You don’t like for a guy to show up and get into the pet peeve category. Right? I always take it as my job to make sure to filter most of that stuff out.

I’ll preface this question by saying I’m a Scoutmaster and went to Philmont two years ago. I was shocked when the guides out there told me some boys – and adults – show up out there with brand new boots. These folks plan on hiking 30 plus miles in a week and they show up in brand new boots still in the box. You all have any problems like that?

Oh, all the time. For sure. All the time. That would definitely be another one. Got a brand-new pair of stiff, unbroken hiking boots and they’re planning on going on their mountain hunt, and so yet there again, that is definitely one of the things… I think a lot of this is probably subconscious for us, because when you hit these pet peeve categories and that… It only takes one time of a guy showing up in brand new, unbroken-in boots and that, then he gets blistered up so bad the first day that he can’t actually hunt the next day, that puts more added stress on the guide, on the outfitter, on everything else to be able to, “Okay, well crap, how are we going to get him to the areas that we need to?” And that’s a big enough deal for us that I take it on my shoulders to make sure that that’s prepped and talked about and everything beforehand.

There again, it’s most definitely one of those things that happens and does happen, but it’s another one that we… I believe we term it on our gear list as good, broke-in hiking boots. As guys are coming out on a hunt that may need that, which there’s not a lot of them. But, on that same hand, man, some guys have some really soft feet, and it doesn’t matter. What might be a 30-minute day hike for us could blister some guys up to the point they’re just worthless the next day.

Any other pet peeves you can think of?

Tips! We try to coach our guys that, “Hey, our guides are working their butts off for ya’. A tip is a tip, but it’s much appreciated. Here’s the guidelines that we leave it in.” A lot of our guys are guys that have hunted all over the world. Man, they’ve been to Africa multiple times. They’ve hunted here, they’ve hunted there. Accomplished hunters, and very versed in the professional hunting state, forest guided hunts and that. And, we’ll hear a lot of times, “Okay. I’m trying to give him advice on, ‘Okay, this is what we offer for tips. This is what we expect for tips.'” Or guys used to ask me, as the outfitter, “Give me an idea of what we’re looking for tips, or what to do there.”

I’ll give them my guidelines, or they’ll just tell me, “Hey, don’t worry about it. I hunt all over the place, and I’m pretty versed on it. I’ll make sure to take really good care of the guys. Okay?” And then, they come out, kill a 400-inch bull with us or whatever it is. They killed some tremendous trophy that they’re just absolutely ecstatic with, and they ended up leaving a $100 tip for the guides type of thing. It’s a pretty awkward conversation, but I’ll normally always call them and just, “We’d like to do a follow-up call and just make sure everything went as planned, on par. And hey, is there anything we could fix? What did you think? How did everything go?”

“By the way, hey, you only left a $100 tip for the guide.” “Was there something wrong there? Don’t know why. I took really good care of him. I gave him a hundred bucks.” “Our guidelines say a thousand, you give him a hundred bucks. That’s an insult type of thing.” I guess that would be for sure one of the pet peeves that I would reach into, would be just not knowing how to properly tip or take care of guides after success.