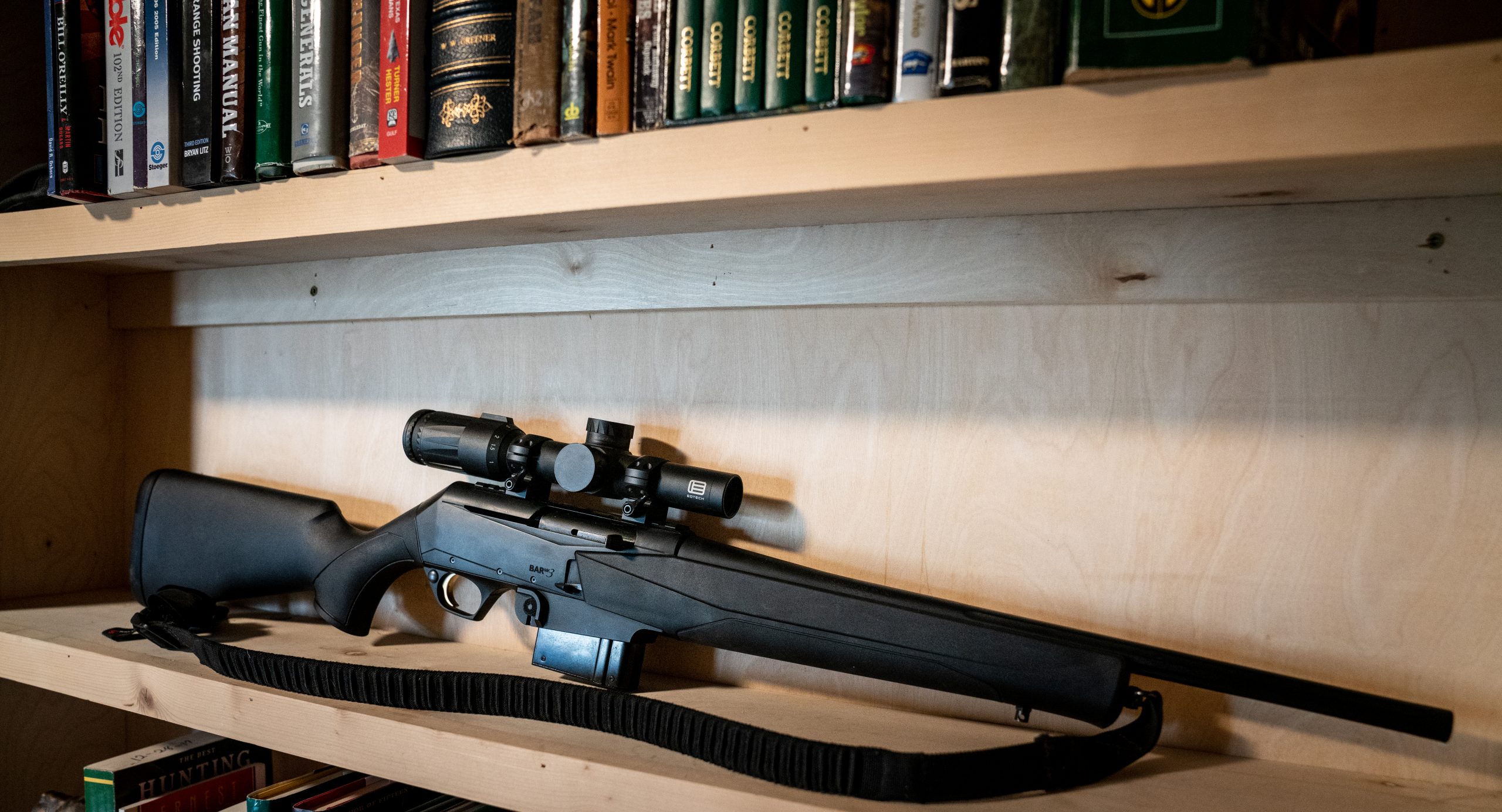 My first gun was a Stevens 20-ga. single shot. It kicked the hell out of me and of course, was only good for one shot, so if I missed, I was screwed.

I was screwed a lot.

A few years after I proved to my father that my flinch was waning and I wasn’t a homicidal maniac, I received an 1100 semi-auto. It was superior in every way: most notably it was fun to shoot, and I could still kill a duck even after whiffing the first couple shots.

Now, don’t get me wrong: I think this “one shot one kill” sniper movie mantra is fantastic–until you blow your one shot … then it sucks. To me it seems downright stupid. You tell me what’s best: A: one-shot, no-kill,  or B: two shots one kill? Better yet, three shots, five kills if you line ’em up right.

And that’s why my go-to rifle is a Browning BAR MK3 DBM. First produced in 1918 by John Browning, the original BAR (Browning Automatic Rifle) was good enough for our grandfathers to kill commies by the trench full, so you better believe it’s hell on deer, hogs, bears, and anything else that needs killin’. For driven hunts where the critters hightail it like fleeing Frenchmen, there’s nothing finer.

But make no mistake, today’s BAR is a longshot from your hero grandpappy’s. The new MK3 DBM is a synthetic stocked, 10-round detachable box magazine hunting/pseudo-battle rifle that Pelosi and co. would love to ban if they had any clue how badass it actually is. This modern Japanese-made (Miroku) boomstick handles like a A5 shotgun with its snappy 18-inch fluted pipe and grippy furniture.

I’ll admit the 10-round magazine is perhaps overkill for most hunting situations, but I do like it for one specific scenario: for shooting as many wild pigs as possible in one ambush. Quite often I’ll unleash one-shot that drops the biggest boar, then I’ll pull to the next hog that’s now hauling so fast that it’s rather like shooting a clay pigeon from station no 6. If I can kill two hogs in 3 or 4 quick shots with the BAR I’m doing good. With a bolt gun, I’d have no chance.

For deer hunting, I like the idea of having a quick backup shot, need it or not. Personally, I feel this gun handles and hunts better than any AR-10 I’ve ever used.

The thing is, the BAR’s short stroke gas piston system, legit (meaning well-fitting and practical) buttstock, and 7.6-pound heft make it the lightest-recoiling rifle out there, so much that when chambered in a sweet shooter like .308 Win. I can often see impact through the scope. If you can email me the name of a handier, easier shooting and more deadly all-around rifle, I’ll pick up your next bar tab and say thanks.

Historically bolt-action snobs have offered up three reasons against semi-auto rifles. The first is a nostalgic love affair with a man named Jack O’Connor and his love affair with his Winchester Model 70. Yes, it’s a love triangle and it’s weird, but it offers no explanation why a BAR wouldn’t have also killed sheep just as dead.

Then there are those who say semiautos are inherently unreliable. To that, I say remember the M1 Garand? What about a Benelli M2? A Glock? Yea those POSs hardly ever work.  If kept clean, slick, and stoked with full power-loads–none of this reduced-recoil crap–a BAR is as reliable as you’ll ever need for hunting. But even if you lived in the Panamanian jungle for three months straight, shot every day, and had no access to WD-40, I’d still bet that if you pulled the trigger the gun will fire that first chambered round, and I’d be right 100 out of 100 times. And it’ll fire the 2nd and 3rd rounds about 99 percent of the time.

“But you can’t hit a U-Haul truck at 50 yards with one,” say others. Oh yea? When’s the last time you shot a new BAR? Most of them are 1.25- to 1.5-inch rifles out of the box with any ammo, and with a little experimentation to find what it prefers, plenty are sub-inchers.

But I’m not here to sell guns for Browning. I just happen to love this rifle. If I have one complaint (more of a wish, really) it would be this: because of the gas system, most do not respond well if fitted with a suppressor, and I love suppressors for hunting. But that’s about it. I love how the gun handles, that it’s completely impervious to the elements with its synthetic/matte black finish and that its receiver is pre-fitted with Picatinny rails so scope mounting is a snap. Oh yea, that and it holds 10 rounds of critter-killin .308.

For those rare times when I’m feeling like Tom Beringer in the movie Sniper and go for one shot, one kill, I just load one round.  But for all other times (i.e. always) I stack the mag to the gills and feel much better about my chances in the real world.