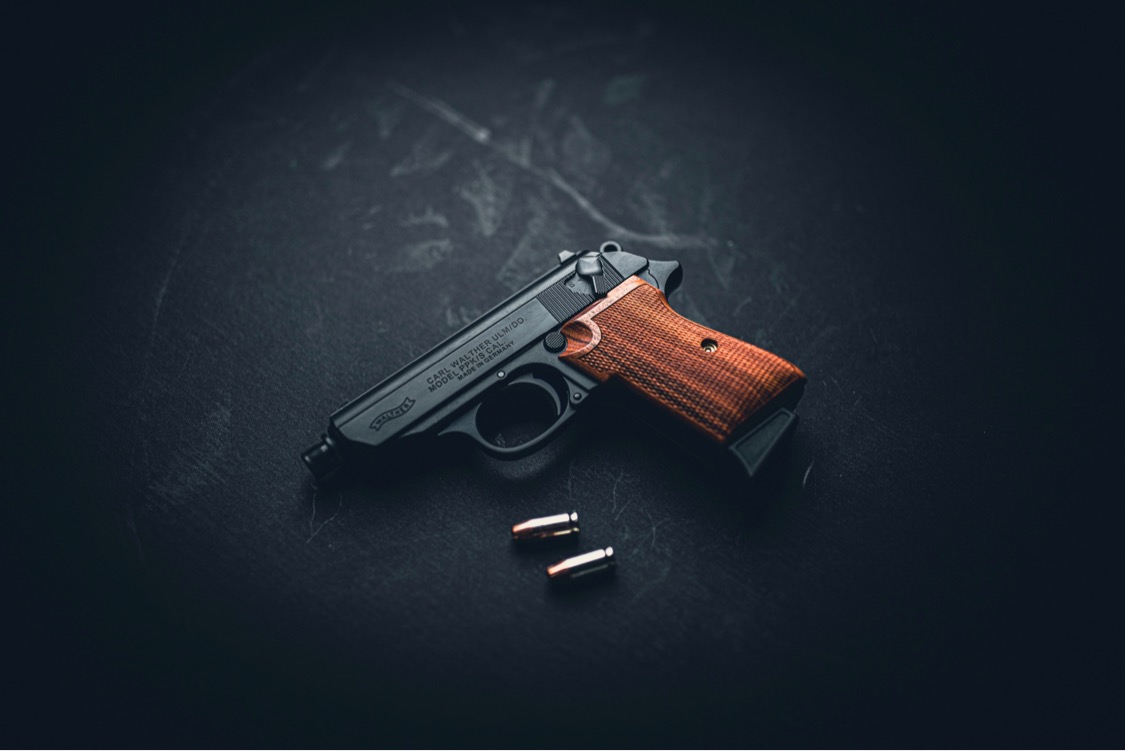 There was a time when secret agent 007 was woefully under-gunned.

What was non-gun-guy author Ian Fleming thinking when he placed the anemic .25-caliber Beretta M418 semiauto pistol in the hands of James Bond? To make matters worse he chose to conceal the pea-shooter in a soft-leather chamois shoulder rig. Sheesh.

After reading Casino Royale British firearms expert Geoffery Boothroyd could stomach this gross under-gunning no longer and wrote a politely-critical letter to Fleming. Boothroyd went on record claiming the Beretta was “sort of a lady’s gun, and not a really nice lady at that.” He felt that Bond was equipped with an inferior firearm and wrote that he didn’t think the secret agent was going to last very long if he continued to pack a .25 Beretta pistol.

As to the choice of shoulder rig, he believed a holster should be of stout material as Bond’s chamois leather version might cause the gun’s projections to snag. You can imagine Bond fumbling to get his little gun out of its flaccid holster. There might actually be an advantage there for Bond to save himself before Mr. Bad Guy stopped laughing.

Boothroyd suggested that when someone needed some killin’, Fleming should re-arm Bond with something more suitable for obliging the need. His preference was a revolver for the type of work that secret agents might be called upon to do—something like a Smith & Wesson in .357 caliber. Fleming bowed to Boothroyd’s advice, but chose the Walther PPK as a “compromise” because he preferred the smooth lines of a semiauto to the revolver. Boothroyd thought it a good compromise because it gave Bond a rapid first shot—“And that’s the one that counts.”

Fleming was grateful for Boothroyd’s advice, replying to him in a letter. “As Bond’s biographer, I am most anxious to see that he lives as long as possible and I shall be most grateful for any further technical advices you might like me to pass on to him,” Fleming wrote.

As a “thank you” to the firearms expert, Fleming created the character Major Boothroyd, who first appeared in Dr. No as Bond’s service armorer. To deal with the gun switch, Fleming had the silencer of Bond’s Beretta (imagine having a silencer on a midget gun) get caught in the waistband of his trousers at the end of From Russia with Love, an event that almost costs the secret agent his life.

When M, the head of MI6, orders Bond to turn in his Beretta pistol, Bond argues unsuccessfully that because of the silencer, the incident would have happened with any kind of gun. Major Boothroyd replaces the Beretta with the “superior” Walther PPK and recommends that Bond stay away from silencers. Further to Boothroyd’s advice, Fleming exchanged the chamois shoulder holster, which was not practical for a quick draw, with a smooth leather rig.

And this explains why we now all love the PPK. You’re welcome.