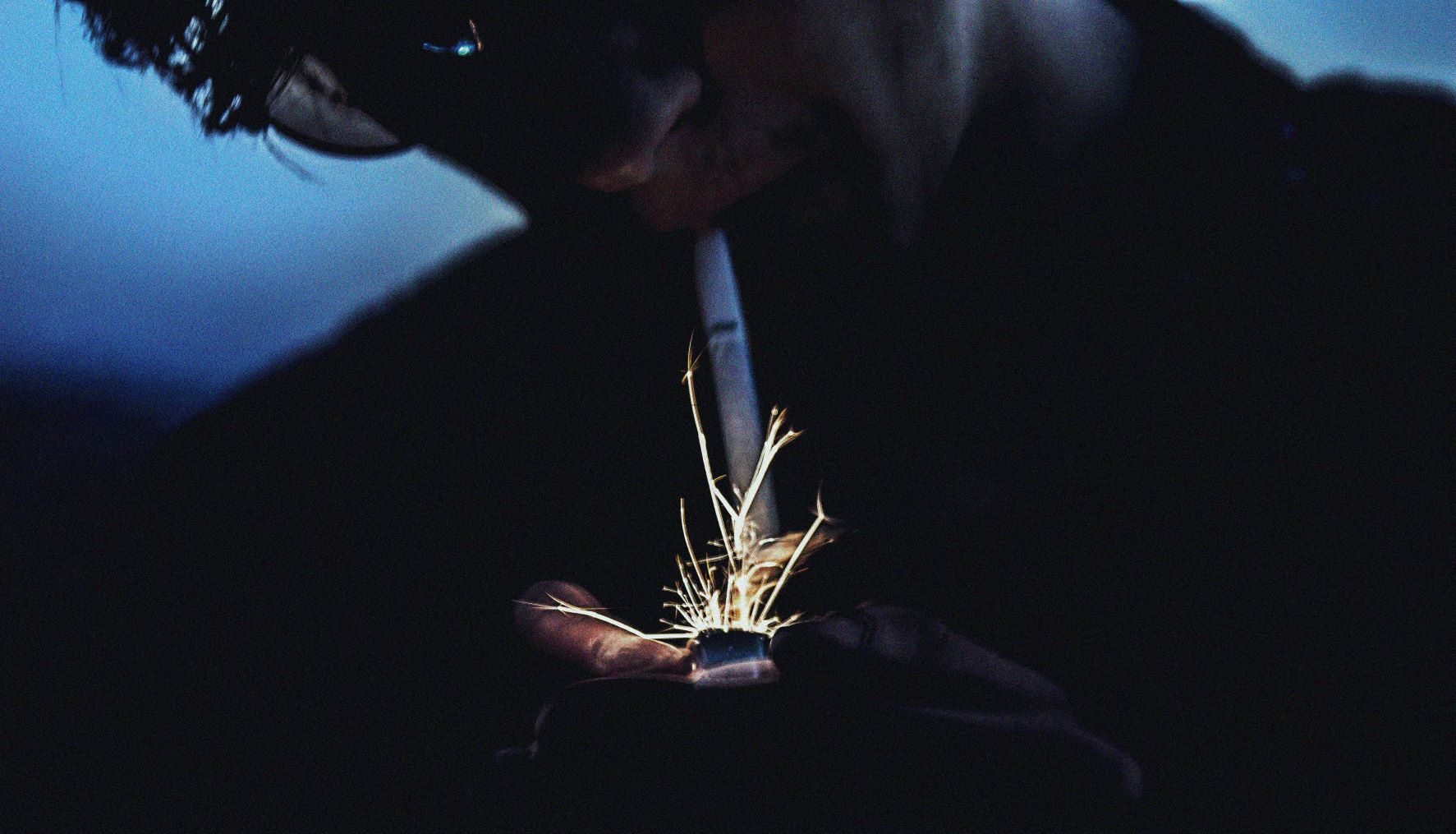 My first cigarette in six months, and damn, it tastes good.  Over the cherry glow I could see the lake’s surface twinkle in moonlight. It’s deep water, and I wonder what it would be like 60 feet down, in total blackness and unable to breathe.

“You’re telling me your helmet can flood with water while you work?”  I asked Josh while untangling my line. It was hard to see in the evening light.

“Yeah, when the valves get fucked up, water rushes in, and I have to clear it,” Josh responded as he cast his glow-in-the-dark bobber.

“And once the water is flushed out, you keep working, no break?” I needed clarification.

“Yup,” Josh said and took a swig of Pabst.

It was great catching up; I hadn’t seen Josh since he was in my class four years ago. He wanted to show me how he catches trout; he assured me they’d start biting after sunset.

“You want another cigarette, Mr. Wilson?  I don’t know why they’re taking so long to bite.” Josh was so proud of his fishing spot that he acted like a guide, and I, the client.

“No, I shouldn’t.”  I did want one and couldn’t help feeling a little guilty; this kid worked hard all week, and now he was falling all over himself to ensure I was having a good time.

“How many hours did you work at the harbor this week?”  I ask while wiggling a night crawler onto my hook.

“Eighty,” said Josh in a far-off voice; the week must have staggered him.

“So, you’re telling me you drive down the mountain to Long Beach harbor Sunday night and then put in an 80-hour week cleaning container ships?”

“Where the hell do you sleep when you’re down there?”  I grew up in Long Beach and knew it wasn’t cheap.

“In my truck. There isn’t much time between shifts anyway,” Josh explained.

“Hey Josh, you guys catch anything yet?” Josh’s cousin Rob climbed down rocks to join us; he also just finished a hard week of commercial diving.

“No, not yet; I dunno what’s gonna on,” Josh yelled back. “How deep are you running, Mr. Wilson?”

“I’m just under the surface; they’re gonna bite high tonight.”  Actually, I had no idea; I never used nightcrawlers; I was just too lazy to use a slider.

“Aw, man, I really want you to catch something.” Josh was concerned.

“Did you hear about Ronnie?” Rob asked Josh. “They found him dead in the deckhouse, just sitting there. Probably a heart attack. Or he didn’t get in the decompression chamber fast enough.”

“Lot of people die doing that job?” I asked.

“Yeah, if they fuck up, get hoses tangled, or get confused. I dunno why Ronnie died, though.” Josh explained.

“How long of a stint do you spend underwater? What’s it like way under a cargo ship?” As an art teacher, my work was relatively plush, and I was interested in Josh’s job. Most of my past students languish in college. It was refreshing to hear from a kid doing real work.

“I stay under 5 hours. It’s dark, and when you’re blasting all the barnacles and shit off the bottom, it gets cloudy.  Then all the fish start swimming around, eating bits, and sea lions too.  They’ll nip your ass for fun.”  Josh sounded casual about it.

“That sounds terrifying,” I thought about how claustrophobic I felt when I had tried spearfishing.

“It’s tiring. I drink a lot of Red Bull to stay focused. I come out here to relax; I’m glad you were able to come out; I dunno why they aren’t biting, though, damn, we should have caught something by now.” Josh sounded anxious.

Just then, my glow bobber disappeared. There were tugs, and the rod bent hard, a nice one was on the hook. After a battle, the trout came splashing up the rocks. Josh practically jumped in the water to grab it because we didn’t have a net.

Holding the fat planter fish, Josh ripped the hook out, taking half the gills along. These blue-collar boys weren’t in the business of catch and release.

“This is the biggest trout I’ve ever caught in this lake.”  The trout was heavy, and blood dripped down my arm as I admired it in the moonlight.

“You wanted to prove this spot?” I chuckled.

“I’ve been stressing about it all week.” Josh laughed.

“Really?  With everything else you gotta worry about?”