An AR Guy’s Guide to the AK 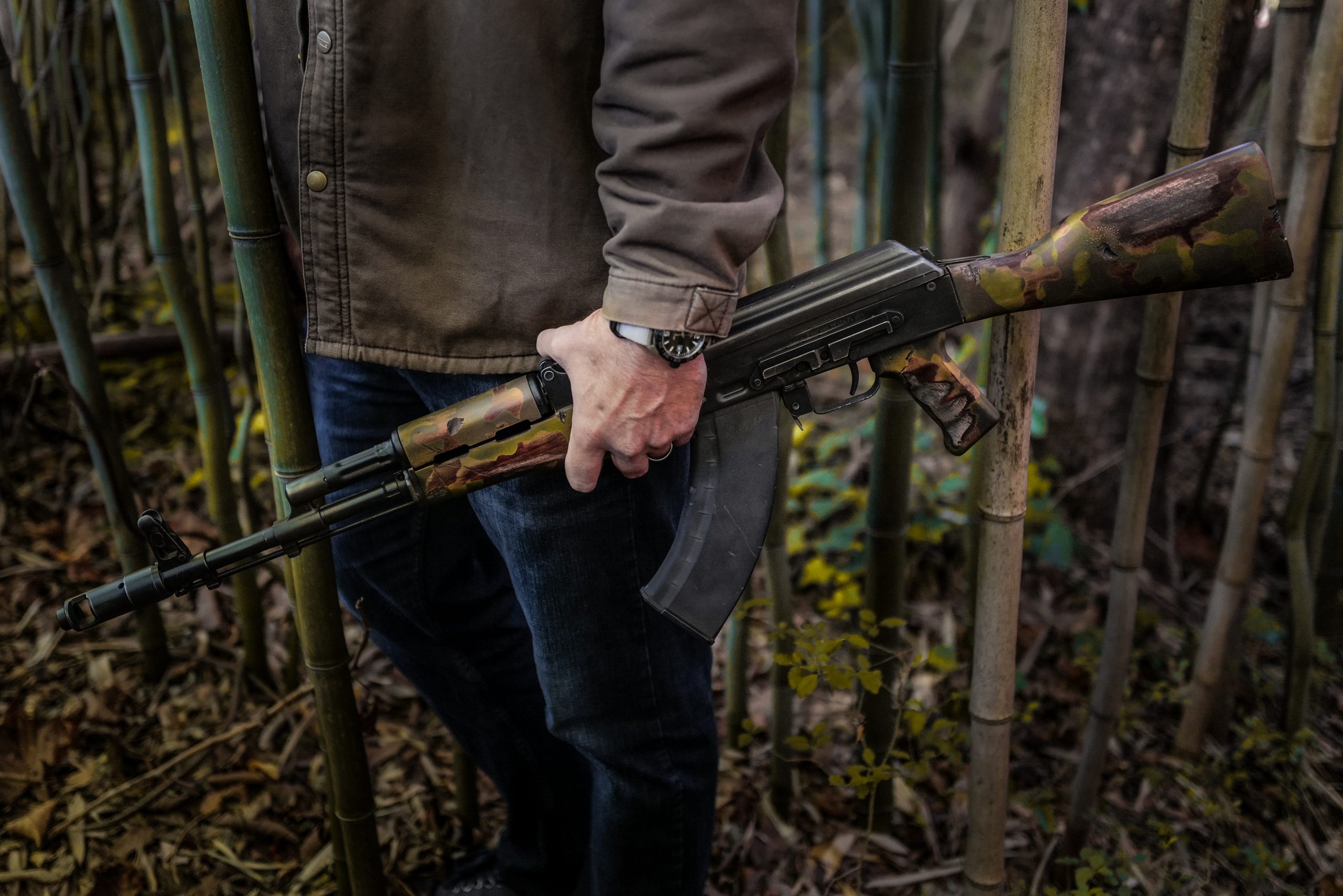 You’re a red-blooded, independent American. You own at least one AR, but it’s more likely you own several, set up just the way you want them. So you thought your assault rifle requirements were met. (Notice I said “assault rifle” because calling it a “Modern Sporting Rifle” isn’t going to make the gun controllers want to ban them any less.)

But then you saw the Field Ethos x Kalashnikov-USA collaboration. Oh shit, does an AK-47 have something your AR-15 doesn’t? Well, before we get fully into it, here’s an unapologetic understanding of why it exists:

Where there is conflict, there is the AK. It doesn’t care what side it’s on, because more than likely it’s both. It isn’t there to moralize, it’s there to stack bodies. It’s killed more Communists than the AR or the FAL. Nobody kills Communists like other Communists.

So, you’ve decided to pull the trigger and finally get an AK. What should you know?

Know that the AK is not an AR. The bolt does not lock to the rear when you run out of ammo. There is no button to drop the magazine free; you have to push a latch and rock it out. Every time you insert a fresh magazine there is no bolt release, you have to rack the charging handle. The safety is a lever on the right side and can’t be manipulated by your thumb while your hand is on the pistol grip. It doesn’t have a rear sight aperture. Any major mechanical attempt to change these realities will likely make your AK less reliable than it otherwise would be. Learn the manual of arms. Just because a motorcycle has wheels and takes you places doesn’t mean you operate it the same way you would a car.

Why doesn’t the bolt lock to the rear? Because it doesn’t need to. Why doesn’t the magazine drop free? To make it really hard for it to fall out. Why is there no bolt release? See above. Why is the safety on the right side? Because it’s also the ejection port cover. Just move your hand up and down and use your fingers to manipulate the safety—it’s not hard. Doesn’t that remove your hand from the firing grip? Calm down killer, it’s just for a second. It doesn’t have a rear sight aperture, but for CQB you can just put the front sight on center mass like a caveman EOTech.

You didn’t come out of the womb knowing how to run an AR; an AK is no different. Take a good class and you’ll be fine. While on a hunt in South America or Africa, it’s probably a good idea to know how to run an AK if need be. You never know what might happen.

You may ask yourself what an AK can do that an AR can’t? It can reliably shoot cheap 7.62x39mm, which has distinct advantages in barrier penetration. Also, 7.62x39mm requires much less burn time than 5.56x45mm does for solid terminal performance, so it’s more amenable to short barrels. The operating system is completely separate from the stock, so you can get folding ones for compact storage. It is much easier to train completely new shooters on than an AR. It is more resilient to neglect. You can hoist it in the air and shout, “WOLVERINES!” I could go on.

Which one is better? Neither and both. There’s a reason why the vast majority of people actually shooting other people with a rifle right now are most likely using one or the other. They don’t care which one some guy on the internet thinks is better. They just need a rifle for which they can get ammo—and that works. It just so happens that on a global scale, that rifle tends to be an AK.

So it stands to reason, if you are going to embark on the global hunt for adventure, you should probably learn the way of the AK. And even if adventure isn’t in the cards, every man should have at least one in the safe.

*Editor’s Note:  We agree, and you should CHECK THIS OUT for more info on the exclusive Field Ethos AK collab with Kalashnikov USA.