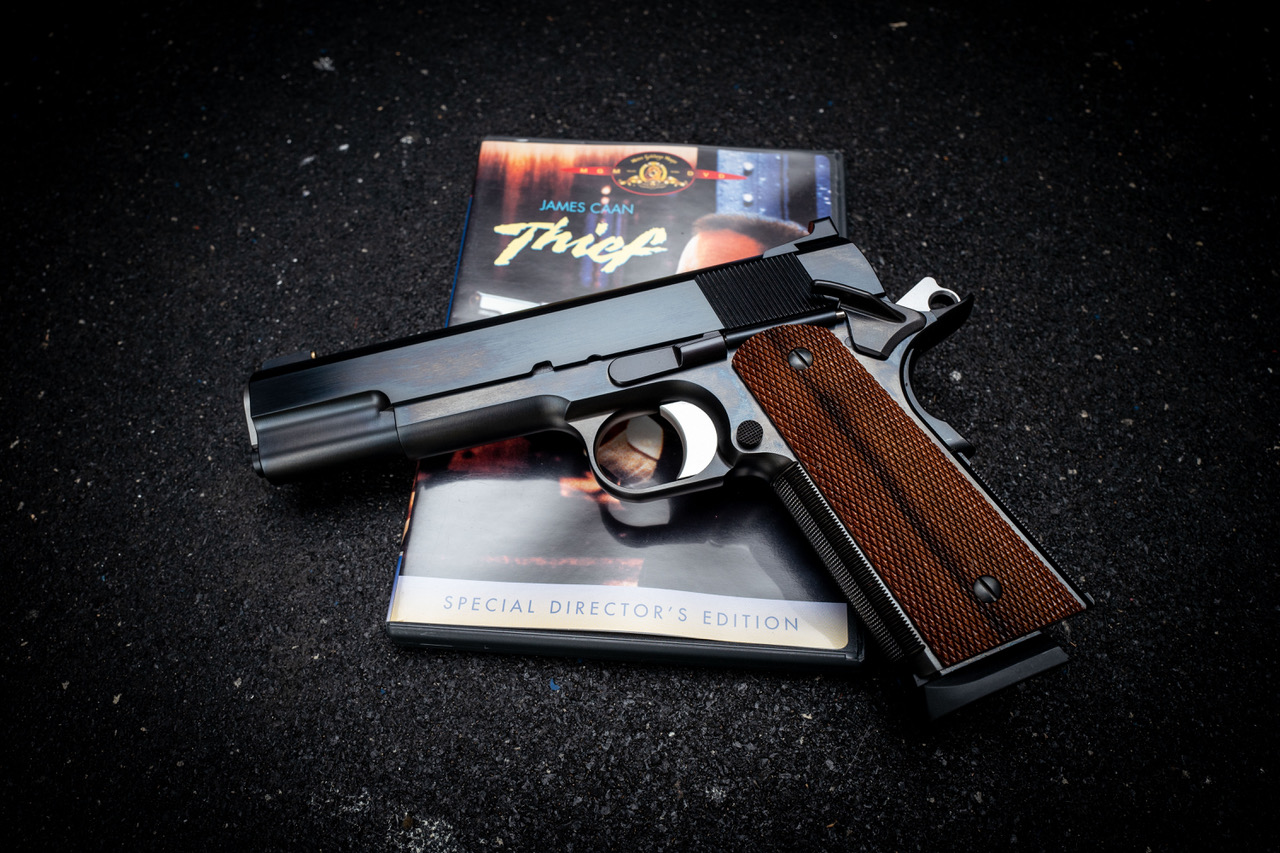 Ever meet someone who’s great at something but who’s kind of a dick about it? Like they’ve grown really tired of explaining themselves to know-it-all customers and, worse, tire-kickers? Rob Schauland is one of those guys.

Rob serves as the General Manager of Cabot Guns and founded its sister company, Alchemy Custom Weaponry. When Cabot brought Rob on board, he brought his own brand with him. Rob worked for a couple of the best 1911 manufacturers in the biz before going out on his own. Under his direction, Alchemy makes guns that look like the custom Colts used by the mustachioed heroes from my childhood and tuned by masters such as Armand Swenson, Jim Hoag, or Pachmayr Gun Works–i.e. the kind of 1911s that evoke similar biological responses as when I glimpse a Farah Fawcett poster.

After acting like a tire-kicker for a couple of years–and after a long bout of COVID-lockdown day-drinking–I hopped on Alchemy’s website and ordered my own. I’d never so much as seen an Alchemy in-person so shelling out almost $4K was a bit of a leap. (Tequila made me do it.) Six months later a Prime Elite in 9mm landed at my dealer’s back door. Why 9mm, you ask? I’ve got a pile of .45s and wanted to mix it up. I had one special request on this gun, one that Alchemy was happy to honor: an old-school Commander-style ring hammer, straight out of 1985.

When it comes to picking out flaws on firearms, I can be a bit of a dick, too. Plenty of makers are content to pull a gun off the machine, bead blast the mill marks and slap a ¼-inch of ceramic coating on top to hide any and all flaws. Not Alchemy. There are no sexy mill cuts, no holes in the slide, no fancy engraving or trendy finishes. This handgun stands out for its well-executed simplicity. My Prime Elite wears plain old salt blue, which shows surface imperfections like a zit on a prom queen. The hand-polished finish on this gun is flawless. I mean it.

The fit is equally superb. Every component of these guns is machined from bar stock and individually fit with skilled hands. They don’t rattle and they don’t jam. The groups I shot were stupid-small at 25 yards, and the all-steel 9mm recoiled–but just barely. As much as I hate to say it, this Alchemy is a far better gun than any of the 1980s masters could have built; the craft has simply progressed beyond that level. It’s on par with any of the upper-end, custom 1911 I’ve had my paws on.

If you love classic, custom 1911s–and if you don’t you’re a communist–Alchemy is worth a look. You don’t have to grow a mustache to own one, but it won’t hurt.