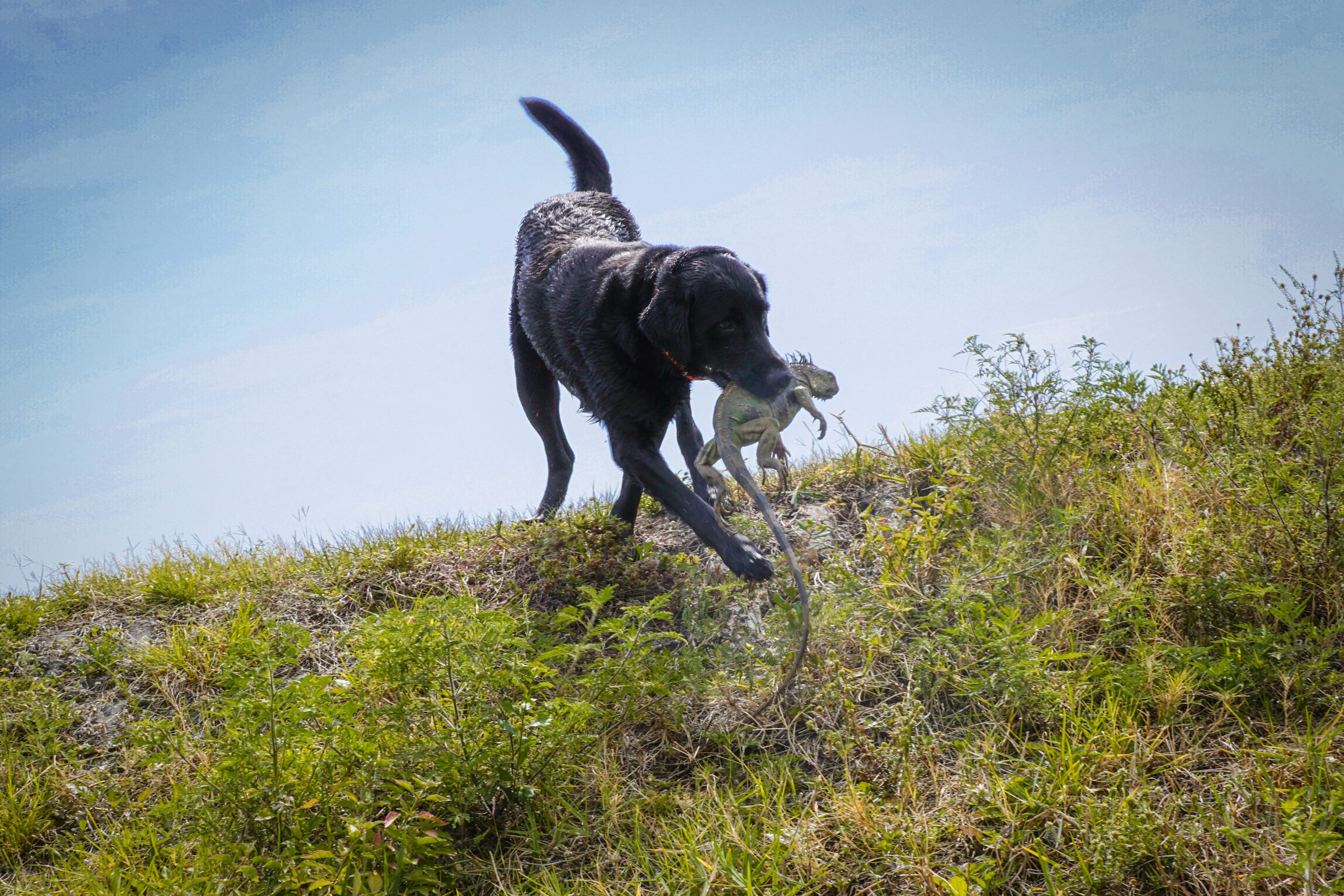 My ass had been indenting Florida’s sand for three days before I felt it … the distinct lack of sporting adventure. I’d promised the wife this trip was pure vacation, 100-percent about family. No hunting, no fishing. Just relaxing, making sand castles with the daughter, swimming in the ocean and picking up seashells.

It had been good, but damn it there were guys surf fishing within plain sight of where I sat. Earlier that morning, I’d seen camo-clad turkey hunters getting supplies at the local C-store. It was like cracking a beer in front of an alcoholic.  FOMO was starting to get to me.  I stepped on my next mimosa with a shot of vodka in an attempt to forget about all the sport I was missing out on. It didn’t help.

“What do you think about sneaking out of here for a couple of hours early tomorrow morning?” I said to my buddy Keith Wood, also vacationing with his wife and family. Maybe go shoot some iguanas. I’ve heard there are tons of ‘em around here. We could take your boy … that’ll give us cover of doing fatherly shit with the kids.”

I could tell he was feeling restless as well, so I wasn’t surprised when he quickly said, “I’m in.”

“I’ll call Don and see if he wants to join.”

The following morning found us sipping shitty gas station coffee at a city park surrounded by industrial traffic near the West Palm Beach airport. It looked like a set from Miami Vice, and I’m sure it did far more business in illicit drug deals and car-borne hand jibbers than any city-approved park activities.

The night before we hastily found a guide with a boat who had agreed to meet us for cash. (Thankfully he didn’t mention anything about drugs or handies as a form of legal tender.) While unloading his flat-bottomed jon boat I noticed his black lab.

Jokingly I said, “What’s up the dog? Does he retrieve iguanas?”

Looking at me like I had a third eye he simply said, “Yes.”

Motoring down the canal (or C-anal as I like to call them) we spent the first hour looking at trailer parks and trash, lots of trash … but no iguanas.  Uh oh, I thought. This is gonna be a scenic “we-should’ve-been-here-last-week” thousand-dollar boat ride.

Then we spotted a big green iguana on an undeveloped lot trying to hide on top of a pile of cinder blocks. Keith’s boy, James, took aim and smoked it behind the shoulder with an Airforce .25 caliber Escape SS. But we watched in amazement as he scurried to the water’s edge, dove in and disappeared in the green slime, swimming like a crocodile under the surface and out of sight.  He was not to be recovered.

“C-anal crocs are tough sons of bitches, aren’t they?” I said to the guide.

“Yeah, you have to shoot them in the head to anchor them,” he replied.

Round the next bend we came to iguana haven where our scenic boat ride turned into a shoot-fest. Iguanas were sunning themselves on every rock, in the trees, and on people’s lawns nested up to pink plastic flamingos.  All hands-on deck, Don, Keith, James and I picked out targets and started putting them down.  A body shot required a fast follow up; a head shot, as the guide mentioned, parked them where they sat. The dog, true to his nature was in and out of the boat making retrieve after retrieve.

There is a reason bronze sculptures are made of labs retrieving ducks, not lizards. If a Lab retrieving a mallard is the most majestic scene in the sporting world, a Lab retrieving an iguana may be the most hideous. The image of that lab swimming with a scaly iguana tail lashing his body, spines sticking out around his lips and its snake-like head trying to bite his nose is something I don’t think I’ll ever be able to erase from my memory.

At one point during the melee, we had several iguanas flopping on the bank, one hanging by an arm from a bridge abutment and a dog wrestling with a tenacious one on the bank. It was so fun that it felt like we were doing something illegal! We were within sight of a busy road and an apartment complex when we glanced over at Don who looked around surreptitiously and pulled his Buff up to cover his face.

“I don’t need someone snapping a photo of this for CNN to have a heyday with,” he semi-joked.

In half a day we ridded south Florida of perhaps 20 of these prehistoric invasive species, and were back to the beach shortly after lunch.

“You guys have fun?” the wife asked.

“It wasn’t about us having fun,” I snarled, “but showing the kids a good time on vacation.”

And with that I poured another mimosa.