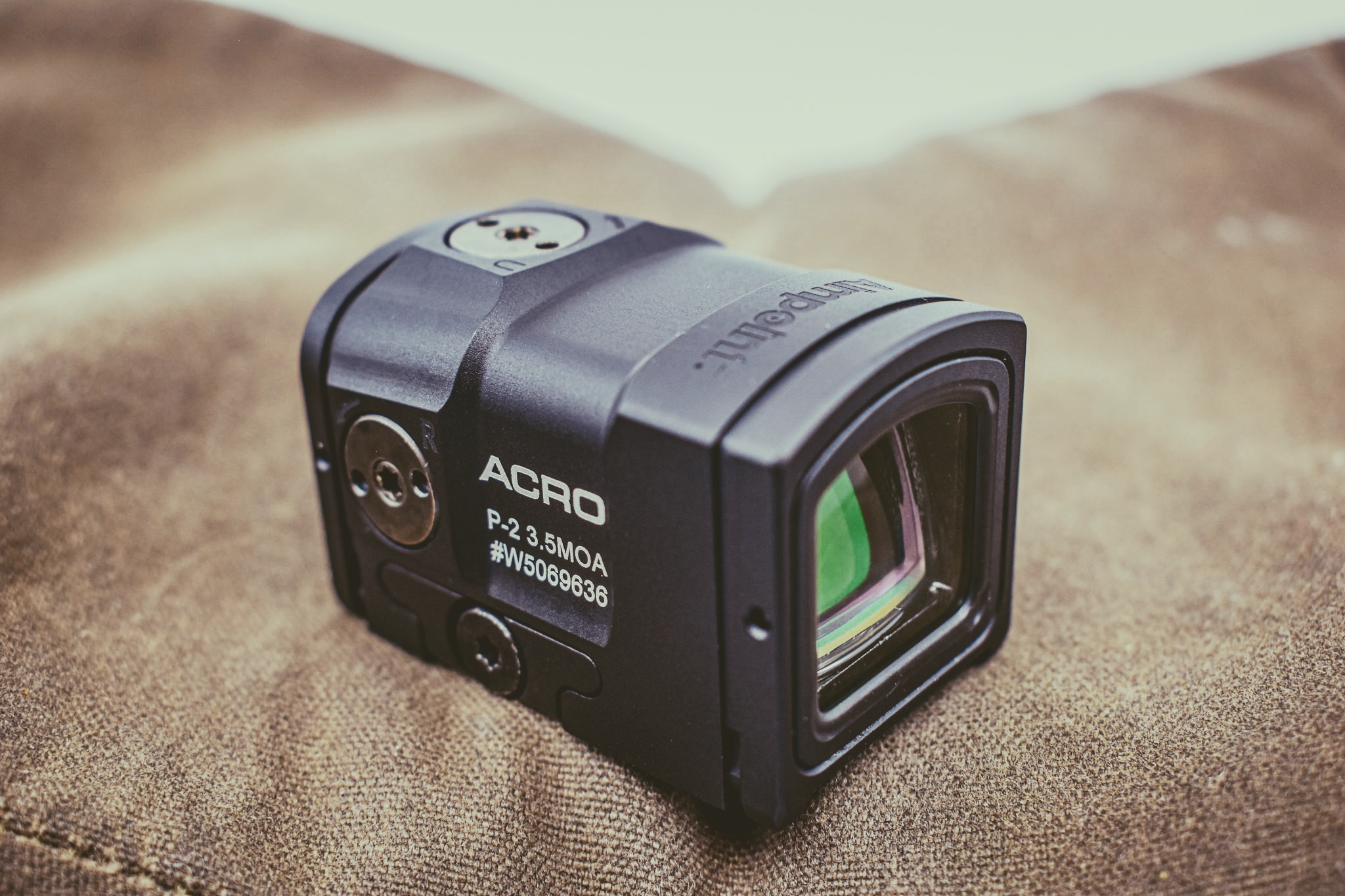 Over the last 20 years I’ve owned all brands of red-dot optics and there’s only two that I can always count on to actually work when I need them most: Aimpoint and Eotech. Maybe it’s a coincidence that these two brands are two of the very few not made in China (looking at you, Holosun) … or maybe China sucks.

Whatever the case, the EOTech is a holographic sight suitable for carbines due to its size, so when I think of mini-red dot sights for handguns or mounted low-profile on carbines or dangerous game hunting rifles, really the only one I count on is Aimpoint.

But I have to admit, I was disappointed in the battery life of Aimpoint’s original ACRO (Advanced Combat Reflex Optic), the P-1. Although its battery life is two years—which should be more than enough for all but the laziest humans among us–I got very spoiled by Aimpoint’s T-2 model with its 5-year/50,000 hour life.

Evidently enough of us whined about it, or else Aimpoint itself wasn’t entirely satisfied by the otherwise excellent, two-ounce do-all P-1, because its new P-2 version has one main difference: It was redesigned internally to accept the larger, higher capacity, much more common CR2032 battery. Externally, it’s damn-near identical.

Hallelujah! The Swedish company now claims 5 years of battery life, and if you don’t believe them, you are calling Mike Schoby’s wife a liar, since she works for Aimpoint and told me that it’s legit. So far, I haven’t turned the unit off once, and it’s been two weeks. (But I’ll update you in 5 years if I’m still alive by then, which is doubtful unless someone redesigns my liver to give it twice its current capacity.)

The ACRO P-2 is tough enough for the wild-ass world of life on a semi automatic slide, and that should say enough. Its rheostat (4 night vision settings, 6 daylight settings) is not at all complicated, but is simply controlled by two buttons—brighter and dimmer—that also function as its on/off switch when held down. But when used as a sight for your dangerous game rifle or on your concealed carry gun, I recommend never turning it off, but instead just changing the battery every time you change wives, or thereabouts. $600

Cons: Why it doesn’t have finger adjustments is one of the world’s great mysteries.