A Convo With Jason Jeter 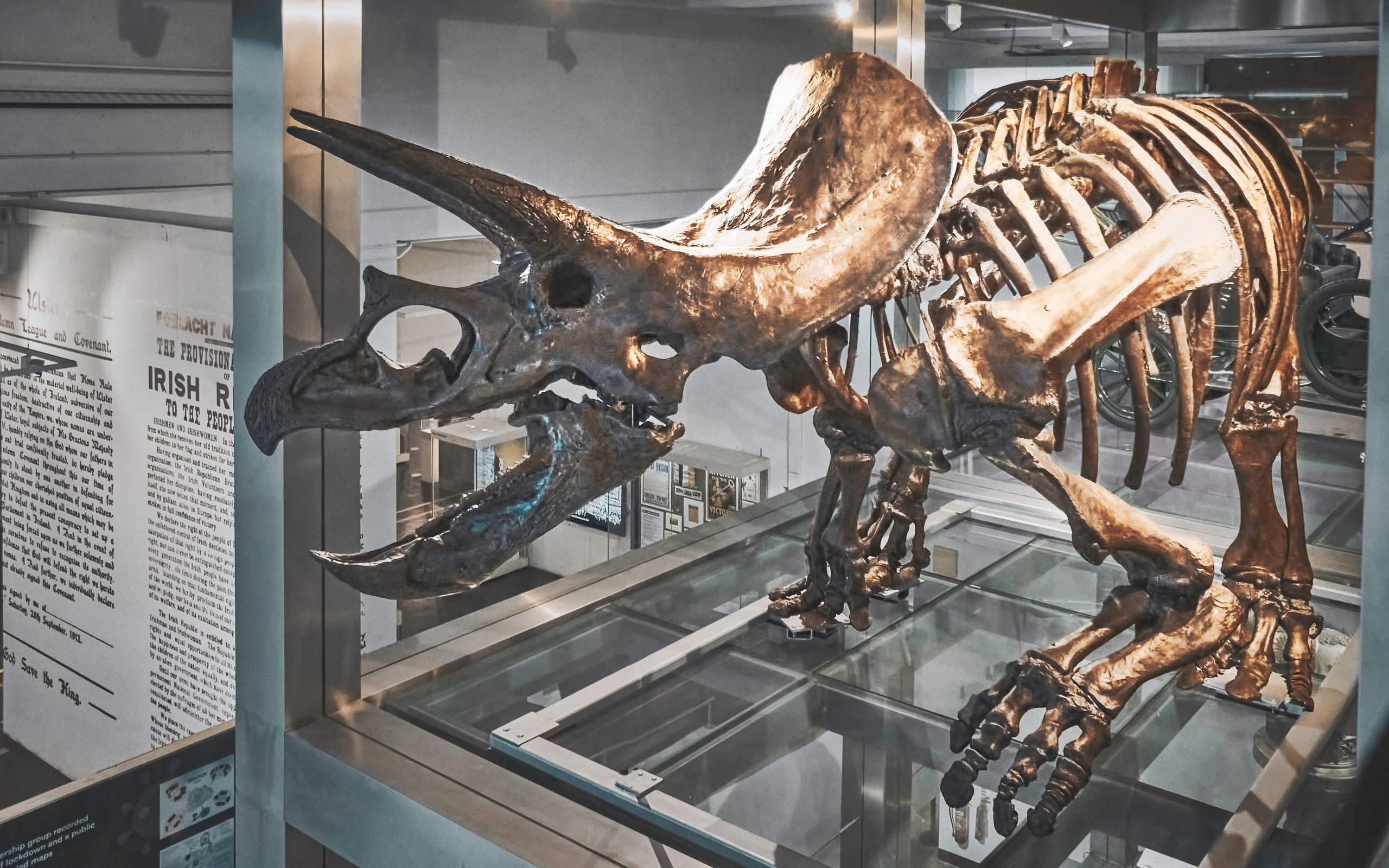 GY: All righty, well, Jason Vincent (Field Ethos Founder) has, in typical Jason fashion, given me absolutely no idea what this should be about. He just said, “Ask him about hunting dinosaurs and shit.”

JJ: Dinosaurs. Yes. I have no idea what it’s about either, so…

GY: So, I assume you’re not really into science fiction then.

JJ: Well, no. So I think what this started from was there was a deal on Field Ethos’ Sunday Q&A when somebody asked, “If you could go back and hunt any dinosaur, what would it be?” And then Jason and Mike Scoby (Field Ethos COO) agreed it would be the triceratops. And somebody was like, “Why not a T-Rex?” And he’s like, “Well, because there’s no trophy to keep from a T-Rex except for some teeth.” So, they all picked the triceratops because it’s got horns. And I came across an animal the other day and I’d never heard of it as a prehistoric rhinoceros that lived in Siberia.

JJ: It weighed about 10,000 pounds and has a horn like a rhino. But the base of the horn is about 30 inches in diameter, like a man’s waist. And it’s about six feet long.

(NOTE: Jason is referring to Elasmotherium Sibiricum, the Siberian unicorn. It was a species of rhinoceros endemic to Eurasia that went extinct about 39,000 years ago in the Late Pleistocene era. It is believed to have stood nearly seven foot tall at the shoulder, measured nearly 16 feet long, and weighed more than five tons. Its horn could have reached over six feet in height and had a circumference of about three feet. The animal was covered in thick fur and is often referred to as a wooly rhino.)

GY: I still don’t know anything about you. I did look you up online, but the internet can be unreliable. So, let’s pretend I just met you and asked, “Hey, what do you do? And where are you from?”

I had a successful career and won the National Finals Rodeo. I was inducted in the Pro Rodeo Hall of Fame last year. And now I have a metal fabrication business and I like to hunt and fish all over the world.

GY: Okay. And you guide as well?

JJ: I take people hog hunting at night with thermal and night vision equipment and stuff.

GY: Where do you do that?

JJ: Around the Dallas-Fort Worth area here. I used to hunt on the F.E. Hill Ranch. I used to run all the hog hunting there and now I have just my own deal around here. I’ve got different properties that I take guys on.

JJ: The best way is through my Instagram page (jason_jeter__ Two underscores at the end)

GY: Sounds good. How did you get into hog hunting?

JJ: I’ve always been a hog hunter, but for the night vision stuff, I went hunting with Jed and those guys at Tactical Hog Control in Madisonville, TX one time. And after I did that, I’m like, “I’ve got to learn to do this myself.” Not to take people hunting, but just to be able to do it for myself. So I started buying equipment back 10 years ago. I had a friend who had a lot of land and didn’t want to mess with the hog hunting. So I ran the hog hunting stuff on it and it just became one of my real passions.

JJ: Well, bigger’s always better, but at night you need an AR-15 or an AR-10, a semi-auto, just because of the sheer numbers of hogs. You know, you’re trying to eliminate as many as you can. The .308’s great but you lose them in the recoil. So 5.56 is what I use and the .300 Blackout and 6.8mm Remington SPC. They’re better calibers with supersonic bullets, but you’re spending more; When I take my guys hunting, we shoot 150-plus rounds a night per person, and if you’re shooting .300 Blackout, the difference between a $1.15 a round and 31 cents a round is noticeable. It doesn’t make a lot of sense to shoot a .300 Blackout.

So, there are better calibers, but that’s what we use.

GY: How many hogs will you generally average per night? I know it depends, but…

JJ: I took a guy from France that was over here, a real popular social media guy in France that’s into firearms; he is a real conservative guy over there in France. I took him last week and we shot 36 in one night between about nine o’clock and 1:00 AM.

JJ: Well, it’s been two weeks. So, there’s been some litters that’ll probably replace those 30 easily. Yeah. The numbers have gone up since then.

GY: What do you do full-time? You’re in metal fabricating. What does that entail?

JJ: Second-generation metal fabrication business. It’s really hard to explain. We manufacture fixtures that hold parts while they go through the electroplating process for a myriad of different things. We do work for Raytheon, Bell Helicopters, helicopter transmission gears, Tomahawk, cruise missiles, etc.

JJ: Yeah, my dad, uncle and mother started this business back in the early 70s; my dad’s still active in the business, but I’m a one third partner in the business when I retired from rodeo. I bought my uncle’s share, and so now it’s just my mom and dad and me.

GY: Fascinating. All right. So, rodeo, how broken up are you?

JJ: Honestly I’m in really good shape. I got out of rodeo without having any life-threatening injuries. You know, I had ACL replacements and the normal torn shoulders and other ligament tears and knees and meniscus stuff like that. But all in all, I’m good to go. My knees are good, but when I go on mountain hunts, like ibex hunting in Russia or Azerbaijan, I have some issues with my knees, but other than that, I’m pretty good to go all the time.

GY: Can I ask you your age?

GY: No one does. So when you get up in the morning, you don’t go, “Oh God, everything hurts.”

JJ: Very rarely. And if I do do that it’s because I drank too much with my friends the night before.

GY: And what are we thinking caliber wise?

JJ: Well, I’ve done quite a few African safaris and shot just about everything over there. And I’ve got a Belgian made Marcel Thys .500 Nitro Express sidelock double rifle that I have used on a lot of elephant and buffalo. I think it would be a perfect fit for a Siberian rhinoceros.

GY: And how will you rep the rhino? Taxidermy? A beast that size would take up a lot of room if you went life size.

JJ: Yeah. It would be impressive to have a full body mount. But it was like a mammoth that had hair on it. So I assume that a guy would definitely need a buffalo skin-style, full-length jacket just like the old buffalo hunters had.

JJ: Yep. You got to have the full-length Siberian rhino skin jacket, without a doubt.

GY: There’s a guy from Microsoft who has a T-Rex skeleton in his home. Now, obviously, he didn’t kill that. What do you think?

(NOTE: Nathan Myhrvold, Microsoft’s former chief technology officer, has a T-rex skeleton in a glass solarium in his home in Bellevue, Washington. He told Men’s Journal, “I bought it. It’s like having the head of someone else’s deer on your wall!”

JJ: I think that that’s a great idea.