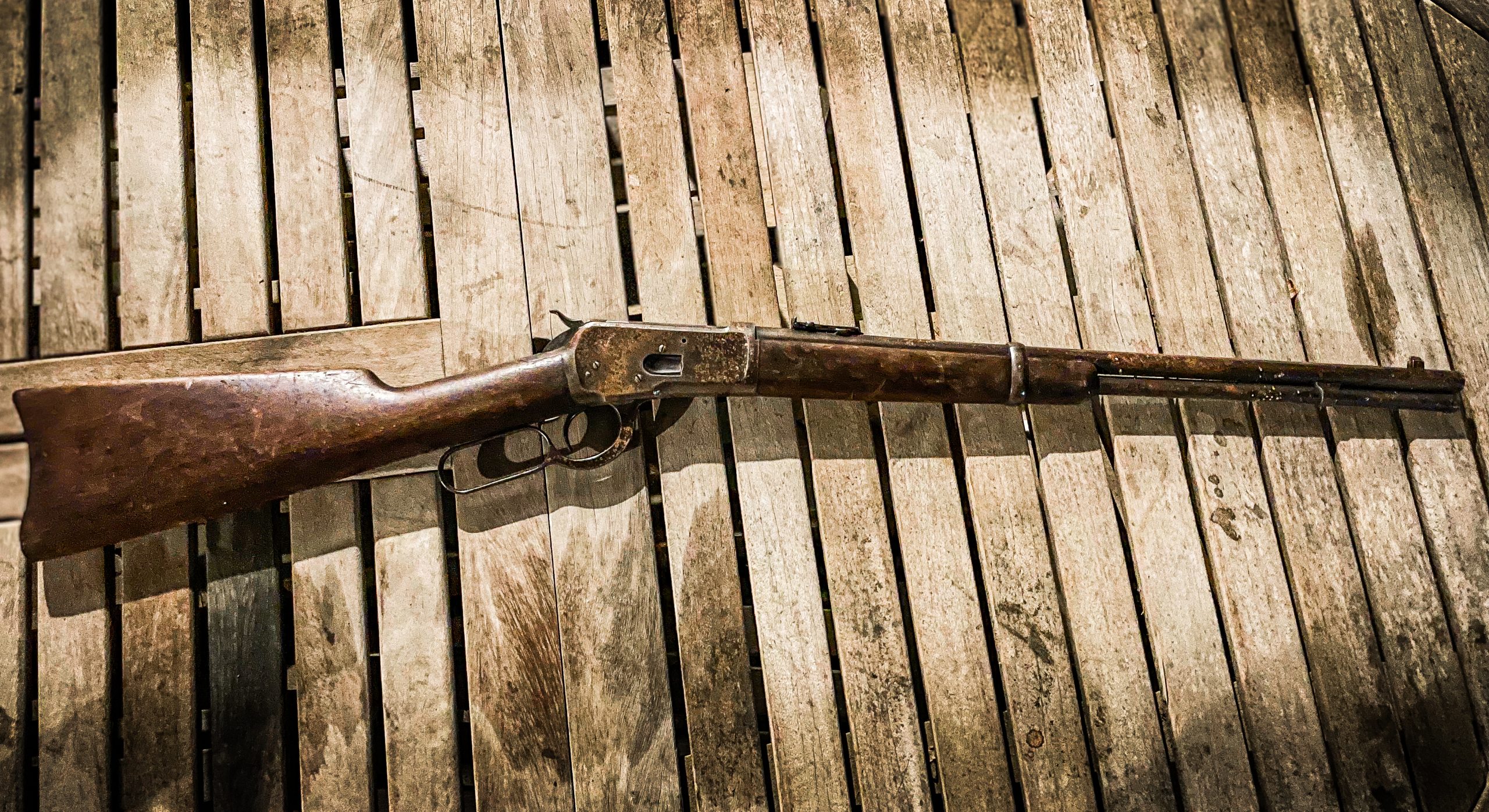 To the boy, the 50-acre swath of woods next to his house felt like a thousand. Landlocked by cotton and soybean fields, the tract made a cozy home for squirrels, possums, and coons.

There were deer, too.

They would use the overgrown fence rows as thoroughfares that converged at different points in the woods where they bedded.

By the time he was 13, every pal the boy had had already killed at least one deer.

He had killed squirrels and coons and snakes, but no deer.

At school, he listened to classmates talk about their .30-30s, .270s, and .30-06s. He’d also seen the blued barreled beauties with fine wood grain furniture hanging from gun racks in the rear windshields of trucks parked at the café and parts store.

He didn’t have a rifle like those. What the boy did have was a lever action .32-20. His father had acquired it in some barter involving two other rifles and a barrel of axe handles.

“This gun will kill a deer,” his father told him. “But it can’t be a hundred yards off … maybe fifty … and you’re going to have to shoot it in the head, so make sure you’re steady.”

It was late Saturday morning when a truck pulled into the driveway; one of his father’s friends, Coop, and Coop’s two teenage sons.

“We ain’t seen a damn thing but a few does this morning,” Coop said to the boy’s father. “Y’all want to run these woods?”

“Sounds good,” the boy’s father replied. “We’ll set the boys on the trails, and the two of us will push.” Coop nodded at the plan.

The boy had been on a couple deer drives before but only as a spectator at his father’s side. When he returned with his gun, he saw the two older boys elbow each other and smile as they cut glances at his rifle.

“Is that a BB gun?” the younger of the two boys asked. His older brother turned his head and snickered.

“Y’all can sit your asses in the goddamn truck,” Coop barked. Then he looked at the boy. “You ain’t killed a deer yet, have you?”

“Maybe we’ll get you one today,” Coop said. Then he scowled at his sons.

The boy’s father drove him to his designated post on the three-wheeler. After he dismounted, his father pointed out where it was safe to shoot. Then he said, “Don’t shoot up in the woods where we’re pushing.” He watched his father ride off back along the trail, and when he could no longer hear the three-wheeler’s engine, the boy loaded his gun.

The first “whoop” echoed softly. Then grew in volume and frequency. There was a crackle of dry leaves like the sound of spitting rain. Squirrels on the ground bounded to trees. Then a small herd of does burst out of the woods with flagging white tails. They jetted across an open grass field, leapt a drainage ditch, and were a mile across the soybean stubble in an instant.

The boy was defeated but resigned to truth. The does were too fast and too far away.

But then among the steady “yowlp” of his father and Coop in the woods, a figure tipped through and out of the brush and then along the wood line toward him.

The deer stopped, looked at him, and then turned as if to re-enter the woods. The boy raised his rifle, cocked the hammer, and squeezed the trigger.

He had forgotten to chamber a cartridge. Urgently, he worked the lever.

The deer took a step closer to the woods.

The deer fell back on its haunches and labored away from the woods toward the drainage ditch.

The boy sprinted to the thrashing beast like a fevered plains Indian, stopping only to shoot and shucking the empty hulls as he ran. By the time he had reached the deer, it was halfway down the ditch bank in a briar thicket. He took aim one last time and fired a head shot.

The boy let loose a howl. It was visceral and came from his gut.

When his father and Coop emerged from the woods, they found him sitting in the grass field beside the dead deer. He had wrestled his kill from the briars, and his arms and face were scratched and bloodied.

“How many times did you shoot, boy?” his father asked.

“Yes, sir.” The boy eyed the two short bones protruding from the deer’s head. They looked like an old woman’s arthritic fingers.

“Well let’s go get the three-wheelers and drag him to the house,” Coop said.

The boy was tired, and his eyes were bleary. It was the happiest he had ever been, and he gazed across the bean field … wishing he had school in the morning.